The amazing Aloe Vera is one of the oldest and most valued herbal medicines in the world. We use it in our Ultimate Herbal DETOX Program.

Description
Aloe Vera is a succulent plant species of the genus Aloe. It grows wild in tropical climates around the world and is cultivated for agricultural and medicinal uses. Aloe is also used for decorative purposes and grows successfully indoors as a potted plant.

It is found in many consumer products including juice, skin lotion, or ointments for minor burns and sunburns. (1)

Aloe arborescens (pictured) can be substituted for Aloe barbadensis and in-fact has higher concentrations of the active constituents.

Traditional Uses
The first record of human use of Aloe Vera is in Sumerian hieroglyphics engraved on clay tablets during the Mesopotamia civilization circa 2200 BC, in which it is described as a laxative. (3)

Aloe Vera is used in traditional medicine as a multipurpose skin treatment. In Ayurvedic medicine, it is called kathalai. Early records of Aloe Vera use appear in the Ebers Papyrus from the 16th century BC and in Dioscorides’ De Materia Medica and Pliny the Elder’s Natural History – both written in the mid-first century. It is also written about in the Juliana Anicia Codex of 512 AD. (1)

Aloe (Lilliaceae) has long been used as a remedy in many cultures. Aloe products, which include the latex, gel, and whole leaf, are used, among other reasons as laxatives, in creams for skin ailments, and as a treatment for a wide range of diseases, respectively. The heterogeneous nature of Aloe products may contribute to the diverse biological and therapeutic activities that have been observed. (4)

The plant is used widely in the traditional herbal medicine of many countries. (1)

Aloe contains as its major and active principles hydroxyanthrone derivatives, mainly of the aloe-emodin-anthrone 10-C-glucoside type. The major constituent is known as barbaloin (aloin) (15–40%). It also contains hydroxyaloin (about 3%). (2)

You can see in the chart below, just what a complex range of constituents are found in Aloe Vera, making it very difficult to understand it’s exact mode of action.

Pharmacology
1,8-dihydroxy-anthracene derivatives have a laxative effect.  This effect is primarily caused by the influence on the motility of the colon, an inhibition of stationary and stimulation of propulsive contractions.  This results in an accelerated intestinal passage. (5)

Because of the shortened contraction time, a reduction in liquid absorption.  In addition, stimulation of the active chloride secretion increases the water and electrolyte content. (5)

Psoriasis
One study suggests that Aloe Vera does enhance wound healing, although its mechanism of action is still unclear. (6) For example, 60 men and women used Aloe Vera vs placebo for 4 weeks on mild to severe psoriasis. 83% were cured using Aloe Vera, compared to 6.6% using a placebo.

Wound healing
Aloe Vera may have a direct effect on the wound healing process as a whole, which is manifested by an increase in the rate of contraction of the wound area and has confirmed the effect of Aloe Vera on increasing wound contraction and collagen synthesis. This property is attributed to the mannose-6-phosphate known to be present in A. veragel. (8)

Polysaccharides from Aloe promote both the proliferation of fibroblasts and the production of hyaluronic acid and hydroxyproline in fibroblasts, which play important roles in extracellular matrix remodeling during wound healing. (9)

Cholesterol and Blood Sugar
Other studies suggest that oral administration of Aloe Vera might be a useful adjunct for lowering blood glucose in diabetic patients as well as for reducing blood lipid levels in patients with hyperlipidaemia. (6)

Colon stimulation (Purgative)
Aloin, present in the gel, is metabolized by the colonic flora to reactive Aloe-emodin, which is responsible for the purgative activity.

Insulin resistance
It has also been shown that Aloe Vera also reduces obesity-induced glucose tolerance not only by suppressing inflammatory responses but also by inducing anti-inflammatory cytokines in the white adipose tissue and liver, both of which are important peripheral tissues affected by insulin resistance. (8)

Gastric Ulcers
Aloe Vera is an herbal remedy widely used for a variety of illnesses; Aloe Vera leaf extracts have been promoted for digestion and are used in the treatment of peptic ulcer for cytoprotective action whereby Aloe Vera gel expresses antibacterial properties against both susceptible and resistant Helicobacter pylori strains and acts as a novel effective natural agent for combination with antibiotics for the treatment of H. pylori gastric infection. (11)

The US Food and Drug Administration has already approved the developmental study of Aloe Vera in the treatment of cancer and AIDS. (8)

Conclusion
This is just the tip of the iceberg when it comes to the research available on Aloe Vera, so it’s no wonder after many thousands of years of knowledge and tradition this plant is finally getting the recognition it deserves.

It is one of those natural herbal remedies that you can grow in your garden, harvest yourself and use in emergencies, such as burns or injury, but its also a great tonic for long term health.

I use it it my Herbal DETOX program for all of the above reasons, but mostly for it’s ability to bring a sense of healing and wellbeing during the program.

Aloe Vera is another example of Herbal medicine as its finest, and convinces me of creation vs evolution.

Never underestimate the power of plants when it comes to medicine. 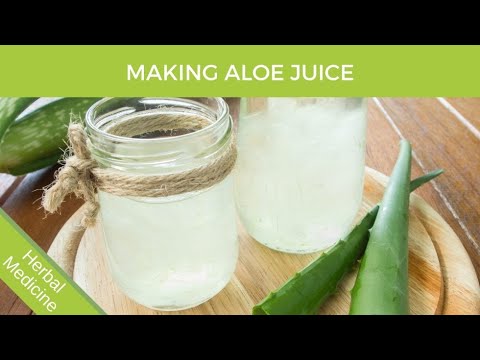 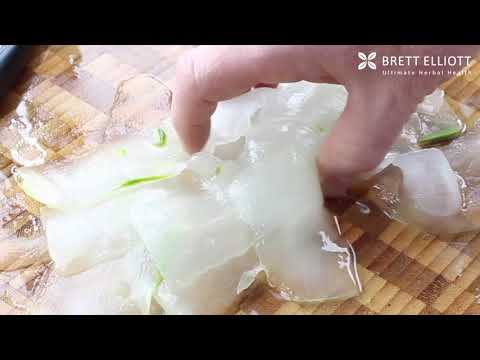