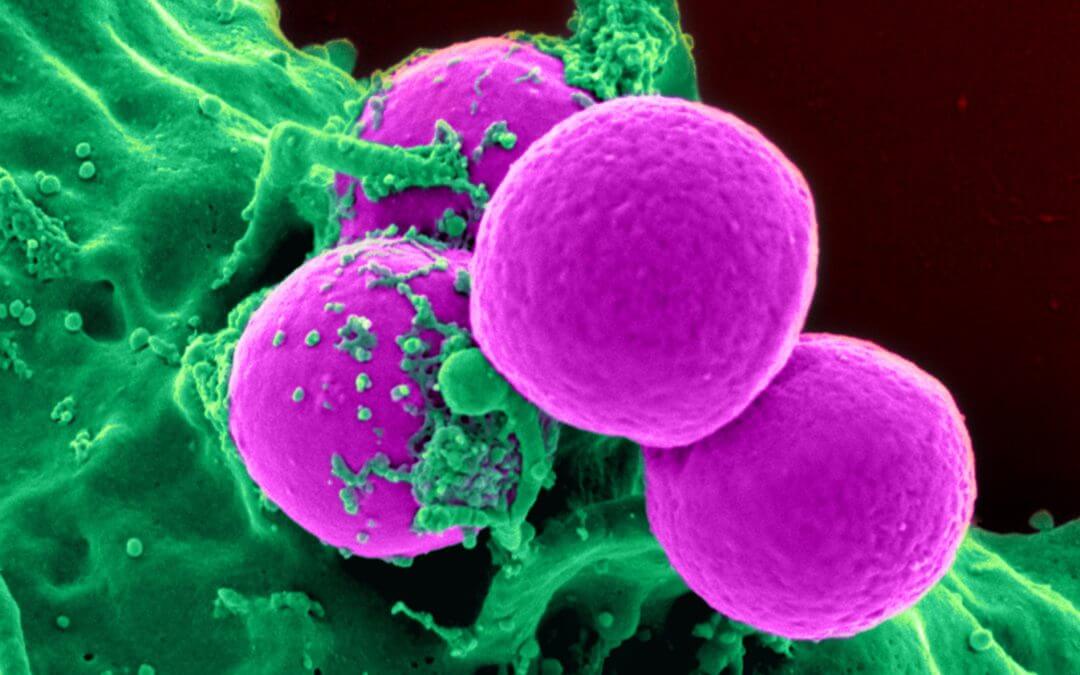 Is there a link between our increasing use of vaccines, antibiotics and the rise of the superbug?

I think this serious question needs to be asked. It’s not rocket science when you put 2 and 2 together. Instead of our body naturally developing immunity by exposure to many microbes, both viral and bacterial as children, we are pumping our young people full of artificial chemical vaccines and antibiotics at every corner. Nature is pushed aside and the child is pounded by toxic man-made compounds!

On the flip side many people report a complete disappearance of the common cold, cough, flu or sinus congestion for many years with herbal detoxification and a super-food vegetarian diet.

In this article we will look at some of the statistics around superbugs, antibiotics and vaccines to see if there is rationale for a link between them.

Hold on to your hats!

The term “superbug” is often used on a specific strain of microbes that have undergone gradual adaptive changes within its genome conferring them multi drug resistance. The emergence of multi drug resistant Escherichia coli, Staphyloccocus aureus, Clostridium difficile, Streptococccus pneumoniae and Klebsiella pneumoniae is documented. (4)

Hospital admissions for infectious diseases in New Zealand has increased 50% over the last decade and an increasing number of these are becoming unresponsive to antibiotics.

At, 361 patients and staff, the Waitemata District Health Board (DHB) reported the greatest number of people affected in the three financial years to June 30 last year. These were all norovirus cases, as were the 198 patients and staff affected at Counties Manukau DHB.

At Waikato DHB, in addition to the majority of cases, which were norovirus, there were two outbreaks of superbugs: one was CRE (carbapenemase-resistant enterobacteriaceae), affecting six patients; the other was ESBL (extended-spectrum beta-lactamase-producing bacteria), affecting 10 patients.

At Auckland DHB, 21 patients and 22 staff had norovirus. A further 41 patients had a superbug: two had MRAB, 24 had vancomycin-resistant enterococci in December 2012, and 15 had multi-resistant klebsiella pneumoniae between January and July 2012. (3)

This is not just a New Zealand problem and is prevalent around the world. With modern international travel escalating, the spread of these superbugs is likely to ramp up in decades to come. 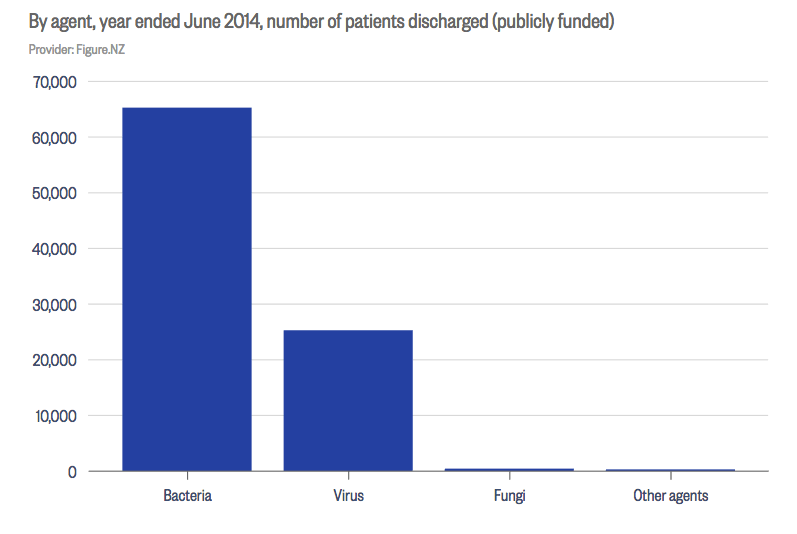 Nearly 100 years since penicillin, the first true antibiotic, was discovered by Alexander Fleming in 1928, antibiotic resistance is now becoming a major worldwide pandemic. It is predicted by current growth rates that over 10 million could die worldwide each year from antibiotic resistant infections by 2030 making superbugs the number one worldwide killer.

Antibiotics are widely prescribed for ear infections, common coughs and colds where there is no benefit. Antibiotics have no effect on viruses such the the flu (influenza) and increasingly they are not successful on bacterial infections either.

In 2012, across the whole of New Zealand, there were approximately 180 antibiotic prescriptions dispensed for every 100 children aged less than five years. That means statistically speaking every pre-school child is being prescribed antibiotics each year.

Most antibiotic consumption occurs in the community and approximately 50–80% is for patients with self-limiting respiratory tract infections (common coughs and colds). The lack of evidence for a significant patient benefit from antibiotics in patients with self-limiting respiratory tract infections led the National Institute for Health and Care Excellence (NICE) in the United Kingdom to advise in 2008, that an antibiotic should not be prescribed for the overwhelming majority of patients with acute otitis media (middle ear infection), a common cold, acute rhino-sinusitis or acute cough/bronchitis.

Despite this advice, which is echoed by a variety of other similar advisory panels, surveys of general practitioners in New Zealand, Australia, the United Kingdom and elsewhere, indicate that a very high proportion of patients with these infections are unnecessarily prescribed an antibiotic. (2)

Government officials have admitted to a “lack of surveillance” of antibiotic use and that there has been “little, if any” review of antibiotic-resistance policy. Infectious disease experts say New Zealand’s strategy to combat antibiotic-resistant harmful bacteria is “missing in action”. Making a plan is considered especially important for New Zealand because of its high use of antibiotics compared with other developed countries. (3)

Our children in New Zealand receive up to 14 vaccinations before they start school and another 10 are also publicly funded. (1) Vaccines are usually injected which bypasses the ‘first line of defense’ which is our primary immune response mechanism. Vaccines generally trigger antibody production directly within the blood and thereby teach our immune system a false scenario. 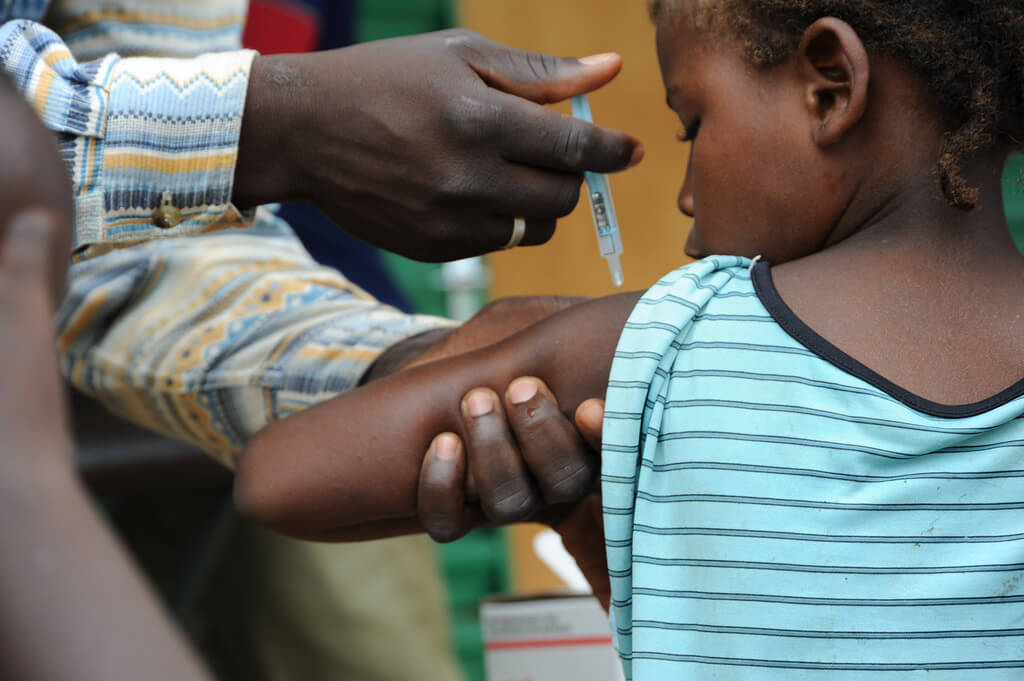 In other words our immune system is being programmed to look for invaders within the body directly instead of outside the body on the mucous membranes of the nose, throat lungs and skin where they would normally appear. Yes a vaccine may generate immunity (or may not as the case may be) but it does NOT generate a healthy immune system.

It’s not a matter of whether the vaccines create immunity to the specific disease but rather, are the side effects and immune compromise going to bring long-term immune weaknesses? This is the real question that should be asked.

For a list of side effects from Vaccine see the list below from the Center for Disease Control. (5)

Admittedly these adverse events are rare but they are very serious, so the question arises, if these events can occur in rare cases, what subclinical adverse effects do these vaccines have in the rest of the population? We simply don’t know.

There is not enough data gathered and too many vaccines given to differentiate between eventual disease outcomes and childhood vaccine administration.

The Superbug, antibiotic and vaccine link

We can only guess at what the link might be. Maybe by applying a little common sense and rationality we can come to a level headed conclusion.

1. A child is given a cocktail up to 36 vaccines before reaching adulthood. Most of those diseases are not present in todays society and the immune system may be disoriented in the process. The immune system develops antibodies to artificial man-made vaccines.

2. That same child is prescribed antibiotics every year (or possibly much more often) for common infections that the immune system should be able to deal with naturally. Avoiding these antibiotics would have allowed the child to develop a stronger more responsive and adaptive immune system.

3. A pandemic of superbugs sweeps the world’s hospitals of which the human immune system is incapable of responding to and the artificial antibiotic pharmacy have no answer for.  This becomes the worlds biggest plague in history.

Can you see the link? 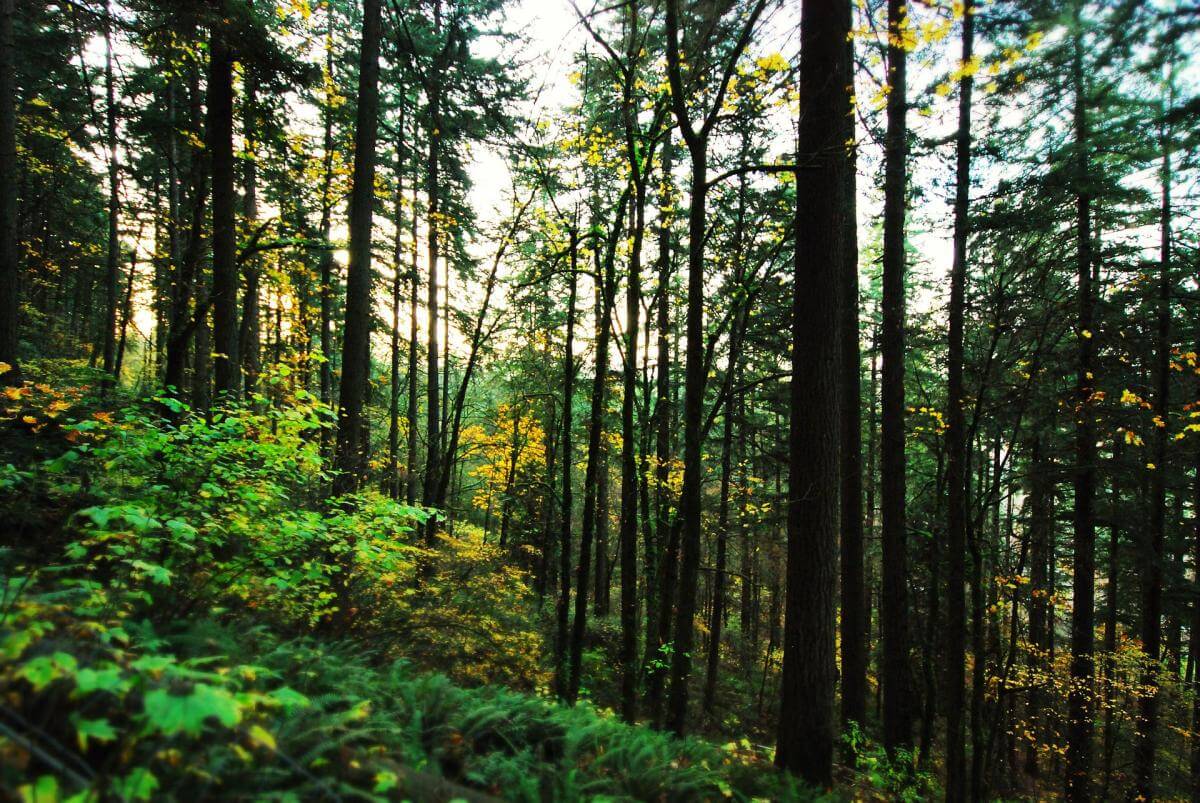 It would seem logical to me that the only way to combat such an enemy is with an equally adaptive response.

1. Build a strong immune system. Walk and play in nature, get exposed to every possible micro-organism and vegetation. It’s only industrially farmed antibiotic fed, sterile animals that seem to get sick. Wild animals grow strong and healthy. Superbugs grow in hosipitals not in the ocean, forrest or garden. Stay active, mix and mingle.

3. Inner body cleansing. Deworm yourself and perform a herbal detox body cleansing program every year to keep your system clear and give your immune system a major boost. See my Ultimate Herbal DETOX program here.

If  you look after yourself well and stay on top, you can avoid antibiotics wherever possible, then you stand the best chance of avoiding the superbug pandemic.

This combination is your best defense.