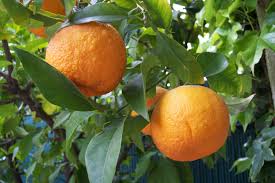 Bitter Orange is used widely in the weight loss and sports industry. The extract is taken from the skin of the common Seville Orange from which marmalade is traditionally made, but is also present in the skins of other citrus fruits.

Today we will discuss how this herb exerts its effects and dispel myths around safety.

Citrus aurantium extract and its primary protoalkaloidal constituent p-synephrine are extensively used in weight management products and as thermogenic agents. They are also used in sports performance products to enhance stamina. Citrus aurantium extract is widely known as Bitter Orange extract, a product that is derived from the immature (green) fruits of the Seville Orange. It is also known as “Chih-shi” or “Zhi shi” in traditional Chinese medicine. Bitter Orange extract is used in weight management products due to its purported effects on metabolic processes, including an increase in basal metabolic rate and lipolysis as well as mild appetite suppression. (1)

P-synephrine is the primary protoalkaloid in Citrus aurantium (Bitter Orange) and other Citrus species. In addition to its consumption in dietary supplements, p-synephrine is daily consumed in various foods and juices derived from Citrus species as Seville Oranges, Mandarin Oranges, clementines, Marrs sweet Oranges, Nova tangerines, grapefruits and other Orange-related species containing p-synephrine. (2)

Thus, p-synephrine stimulation of β-3 adrenoreceptors in the cardiovascular system does not result in an increase in blood pressure or heart rate but may exhibit a modulating rather than a stimulatory effect. This cardiovascular receptor response may explain why an increase in heart rate or blood pressure is not seen in most cases when p-synephrine is used alone. The results indicate that Bitter Orange extract and p-synephrine increase metabolism and energy expenditure. (1)

Because of structural similarities, the pharmacological effects of p-synephrine are widely assumed to be similar to those of ephedrine, m-synephrine (phenylephrine), and endogenous amine neurotransmitters as norepinephrine and epinephrine. However, small structural changes result in the receptor binding characteristics of these amines that are markedly different, providing a plausible explanation for the paucity of adverse effects associated with the widespread consumption of p-synephrine in the form of dietary supplements. (2)

Most review articles regarding p-synephrine and Bitter Orange extract assume that because of the structural similarities, p-synephrine, m-synephrine, ephedrine, norepinephrine, epinephrine, and amphetamine all exert similar properties and fail to consider or discuss the receptor binding studies that have been conducted. For more detail on this see reference (2) 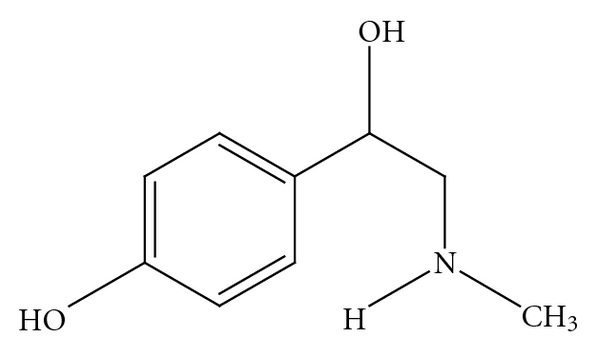 A product containing extracts of Bitter Orange, guarana, and green tea as well as 7-oxo-dehydroandrostenedione (DHEA), conjugated linoleic acid and chromium picolinate. The daily consumption of Bitter Orange extract was 200 mg. At the completion of the 8-week study, the treated group lost an average of 2.9 kg body weight, while the placebo group lost 1.5 kg body weight. (1) Thermogenik (120 capsules) contains virtually all of these ingredients.

In 10 Healthy human subjects consuming synephrine capsules, at the two and three hour time points after ingestion of synephrine, 13.4 %, and 8.9% increases, respectively, were observed in the basal metabolic rate. No significant differences in heart rate or blood pressure were observed in response to the product relative to baseline and control values. (1)

Another study with 40 people showed at 75 minutes after ingestion of 50mg of synephrine a 6.9 % increase in resting metabolic rate was observed in response to the p-synephrine relative to the placebo-control group. (1)

The issue of safety and efficacy is further clouded and complicated by the structural similarity of p-synephrine to ephedrine and other biogenic amines, in spite of the fact that the pharmacokinetics of these compounds and their receptor-binding specificities are vastly different due to significant structural and stereochemical differences. (1)

There are multiple reports of adverse effects found online after consuming Bitter Orange extract (synephrine) in complex weight loss formulations containing other stimulants such as caffeine. What these fail to consider is the Millions of individuals ingest p-synephrine and Bitter Orange-containing food products as Orange juices and marmalades as well as dietary supplements on a daily basis. Therefore, although these case reports should raise the level of awareness with regard to the use of complex weight management products, it is not possible to extrapolate the cause of these adverse effects to the p-synephrine which may have been present in the products.

There is a strong body of evidence for the use of Bitter Orange extract in a weight loss program and there seems to be very little concern around safety.

Adding Oranges to your daily smoothie including the skin could be a good way to get the extra Bitter Orange extract.

You can also find Synephrine 50mg per capsule/sachet in the following products.

(2) A Review of the Receptor-Binding Properties of p-Synephrine as Related to Its Pharmacological Effects. PUBMED https://www.ncbi.nlm.nih.gov/pmc/articles/PMC3166186/