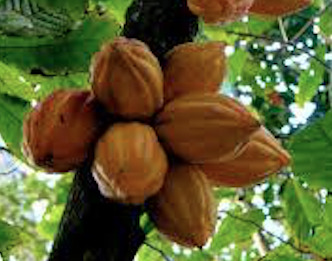 You know that chocolate tastes good, but did you know that Cacao is one of the greatest health foods on the planet?

Description
Theobroma cacao, the most well known species of it’s genus and is commonly used for making chocolate. Several species of Theobroma produce edible seeds, notably cacao, cupuaçu, and mocambo. Cacao is commercially valued as the source of cocoa.

Chocolate affects the brain by causing the release of certain neurotransmitters which can trigger emotions, one of which is euphoria. Maybe that’s why it has become so desirable during times of stress?

British researchers report in the June 16 issue of the journal Heart that middle-aged and elderly people who ate as much as 100gm of chocolate a day seemed to receive heart health benefits.

Traditional Use
The Incas considered it the drink of gods, an association that gave rise to the scientific name of the cocoa tree, Theobroma cacao, from the Greek words theo (god) and broma (drink).

Neurotransmitters
Another ‘bliss’ chemical found in chocolate is the cannabinoid anandamide. It’s there in our brain when we feel great. Anandamide is also called “chocolate amphetamine” as it causes changes in blood pressure and blood-sugar levels, leading to feelings of excitement and alertness.

Another mood-enhancing compound found in cacao is PEA or phenethylamine, which triggers the release of endorphins and pleasurable opium-like neurochemicals. These often release naturally when we fall in love and during sexual activity. (The only other food on earth that contains PEA is blue-green algae.)

Cacao boosts brain levels of serotonin, the feel good brain chemical. When women are experiencing PMS serotonin levels drop dramatically. The benefits of cacao are proven to boost the brain levels of calming hormones and restore feelings of well-being. Serotonin and its precursors were determined in 5 kinds of commonly consumed chocolates with different cocoa contents (70-100%). The highest serotonin content was found in chocolate with a cocoa content of 85% (6)

Antioxidants
​Flavanols are the main flavonoids found in cocoa and chocolate, and can be especially abundant in certain cocoas. Research over the past decade has identified flavanols as showing diverse beneficial physiologic and antioxidant effects, particularly in context of vascular function.

Numerous different tests for the determination of the antioxidant capacity of food or cosmetics exist. The most frequently used way is the ORAC-Test (ORAC = Oxygen Radical Absorbance Capacity).​

Various fruit powders and retail fruit products were obtained and analyzed for antioxidant capacity (ORAC). Cocoa powder and dark chocolate was a significantly more concentrated source of ORAC than fruit juices. Cocoa powder and dark chocolate had equivalent or significantly greater ORAC. They therefore appear to meet the popular media’s definition of a “Super Fruit”.

As you can see the Choc column has the highest levels of all the super-fruits. (5) 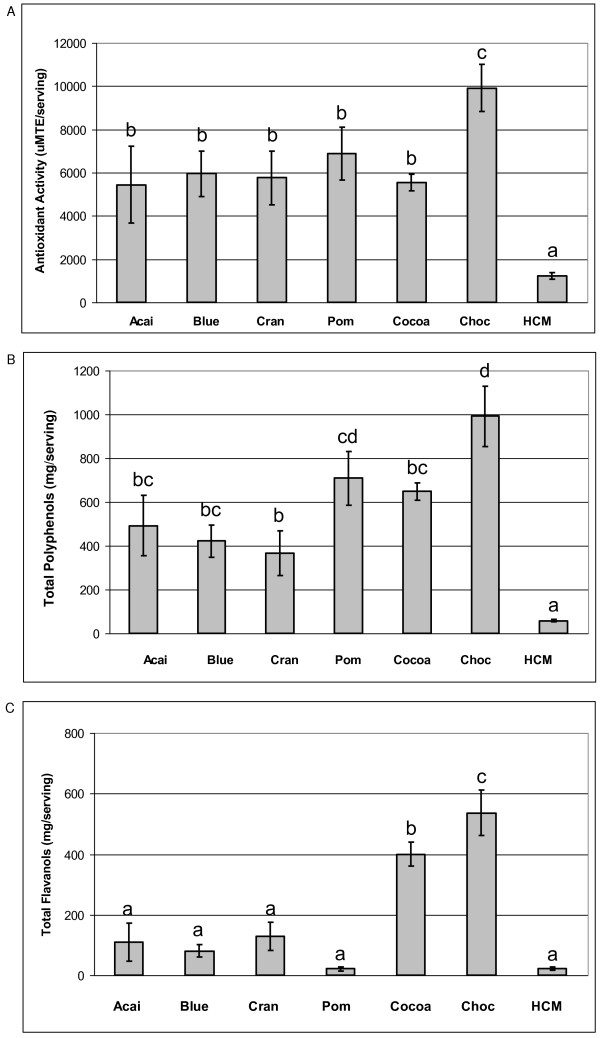 At the Department of Nutrition at University of California, Davis discovered that cacao thins blood and can prevent blood clots. This finding shows that eating raw cacao can be just as beneficial as taking an aspirin a day.

The data presented in one study showed an increase in signal intensity in response to a cognitive task following ingestion of flavanol-rich cocoa (5 days of 150 mg of cocoa flavanols). This may arise either as a result of altered neuronal activity, or a change in vascular responsiveness, or both. The net effect then being dependent on which of the two effects is dominant. (1)

Another study showed consumption of cocoa flavanol improved regional cerebral perfusion in older adults. This provided evidence for a possible acute mechanism by which cocoa flavanols are associated with benefits for cognitive performance. (3)

Other studies have demonstrated that short-term ingestion of cocoa, particularly rich in the subclass of flavonoids known as flavanols, induced a consistent and striking peripheral vasodilation in healthy people. The prospect of increasing cerebral perfusion with cocoa flavanols is extremely promising. (8)

A number of human dietary intervention trials with flavanol-containing cocoa products have demonstrated improvements in endothelial and platelet function, as well as blood pressure. (2)