Cellular Healing – Can it be achieved? 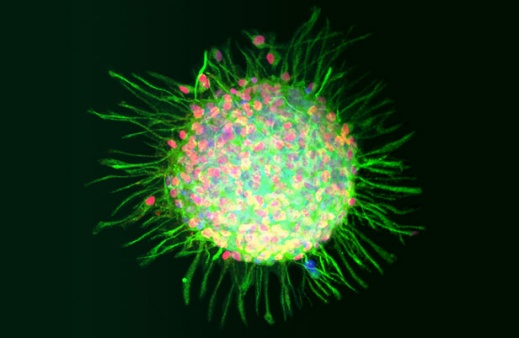 Many scientifically accepted “miracles” exist in nature, a magnificent tree springing from a dormant seed, the constant balance of earth’s rotation, climate and atmosphere, continually allowing and supporting the existence of life.

The most incredible feat of “nature” must certainly be the development of a human being from one single cell to a complete functioning human body within the very short space of only nine months. This single cell has the memory and built-in structure to manufacture itself into the most complex piece of technology known. Yet hundreds of these highly advanced micro-robotic-super-computer cells easily fit on the head of a pin. If we compared the complexity of the cells construction to the best of our current technology then it appears that the mastermind behind the living cell would be several trillion times more intelligent than our greatest human minds on earth.

The information is shared between two single cells being the egg cell of the mother and the sperm cell of the father. 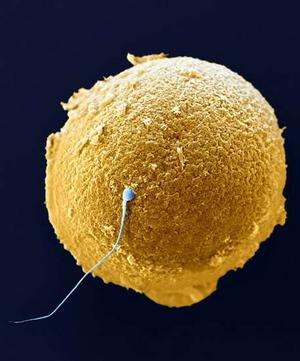 These two cells combine to form one new prototype cell, the zygote. The genetic information within this single cell contains the equivalent of 800 dictionaries. It would take a person typing 60 words per minute, eight hours a day, around 50 years to type the human genome. You would need 3 gigabytes of storage space on a computer to hold all of this information and yet all of it is contained inside the microscopic nucleus of a cell so tiny that it can’t be seen at all with the naked eye!

The Zygote represents the very first of millions of stem cells. Stem cells are the generic, non-specific cells that develop within the embryo and they have the special ability to morph into whatever cell types the developing fetus requires at any given point. Stem cells multiply very, very rapidly and give the fetus its amazing developmental speed. The ability of stem cells to morph and grow rapidly continues throughout out the entire life of the human being. These cells are produced both in the brain and in the bone marrow of adults; they can migrate throughout the body and morph into other specialized cell types. Once the stem cells have joined forces with the host organ or tissue, they support renewed growth and function of that organ or tissue.

Many questions about stem cell differentiation remain. For example, are the internal and external signals for cell differentiation similar for all kinds of stem cells? Can specific sets of signals be identified that promote differentiation into specific cell types?
Until recently it had been thought that a blood-forming cell in the bone marrow could not give rise to the cells of a very different tissue such as nerve cells in the brain. However, a number of experiments in recent years have raised the possibility that stem cells from one tissue may be able to give rise to cell types of a completely different tissue, a phenomenon known as plasticity. Examples of such plasticity include blood cells becoming neurons, liver cells that can be made to produce insulin and hematopoietic stem cells that can develop into heart muscle. 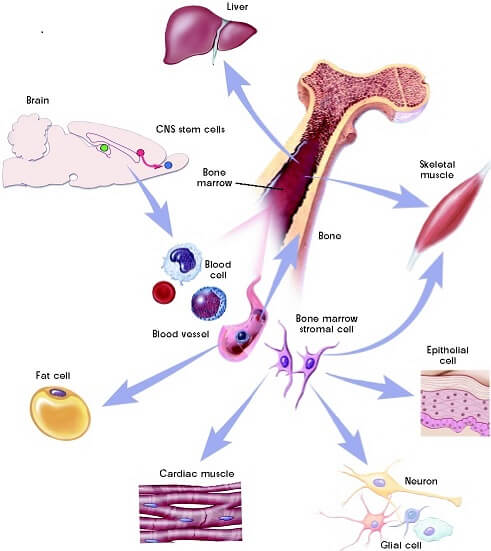 This means that in theory, adults may have cellular healing and renewal potential to a developing fetus, to varying degrees depending on overall health. University of Florida researchers have shown ordinary human brain cells may share the prized qualities of self-renewal and adaptability normally associated with stem cells. Therefore the brain can grow at tremendous speed and develop new cells continually, contrary to previously held theories. The scientific mystery remains, where do these
signals come from and what determines the amount and type of new stem cells? This mystery applies to both the fetus and to the adult. As an observer of science and a believer in the spiritual source of creation, it would appear to me that the origin of these signals may remain a scientific mystery for a very, very long time to come. Since science has to rule out spiritual possibilities, many medical mysteries will never be answered. In saying that, we have some evidence suggesting that there is indeed a spiritual source of these signals. Take for example this discovery below.

Quote
“Over the past several decades, pioneering biophysics work has shown that living tissues interact with electric and magnetic fields in unexpected and dramatic ways. In almost all cases, the results point to a set of remarkable properties of living tissues, and in particular of genetic material. The emerging picture is that of bio-systems as sources and domains of coherent electromagnetic fields, which explain instantaneous intercellular communication and which seem to reflect very closely the development and health of the organism. At the same time, an impressive number of studies in the area of mind-body medicine converge to show that conscious intent (or thought) can affect practically every single type of genetic program.” Biophysical Mechanisms of Genetic Regulation: Is There a Link to Mind-Body Healing? Lian Sidorov, DDS and Kevin Chen, PH.D  http://www.emergentmind.org/Sidorov06.htm

This means that thought can interact with genetic material and if this is the case then it would explain why our minds influence our healing rate eg: laughter has been shown to speed healing. It does seem however that the majority of cells have a mind of their own. Perhaps they are following a master-mind signal capable of directing several trillion different cells of many types, in billions of creatures, all at once. 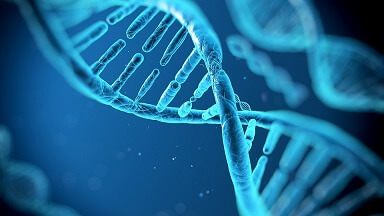 Even if our DNA contains three gigabytes of information it still has to pass that information out to every cell all at once by itself. That sounds like a highly unlikely story. You are probably more capable of doing this yourself. I don’t mean capable of creating your body from conception but maybe capable of creating it from now on and possibly making this act a very conscious process. You can certainly create some magnificent and complex images in your mind and dreams. After all, as an embryo your body was made without any thought at all on your part. As an adult you now have the potential to exercise the power of dominion over your own body. By performing a detox you greatly enhance the cellular communications within your body, giving clearer directions to stem cells so they can go where they are needed most. The signals you receive and the thoughts you transmit with your mind have a profound effect on your DNA because the DNA is also a receiving and transmitting device, as explained in this article.

In 1982, Dr. Lipton began examining the principles of quantum physics and how they might be integrated into his understanding of the cell’s information processing systems. He produced breakthrough studies on the cell membrane which revealed that this outer layer of the cell was an organic homologue (copy) of a computer chip, the cell’s equivalent of a brain. His research at Stanford University’s School of Medicine, between 1987 and 1992, revealed that the environment, operating though the membrane, controlled the behavior and physiology of the cell, turning genes on and off. His discoveries, which ran counter to the established scientific view that life is controlled by the genes, presaged one of today’s most important fields of study, the
science of epigenetics. Two major scientific publications derived from these studies defined the molecular pathways connecting the mind and body. Many subsequent papers by other researchers have since validated his concepts and ideas.

Imagine this: all cell multiplication, cell differentiation and cell functions are controlled by signals from the DNA. The DNA is further controlled by our thoughts, conscious, subconscious, unconscious and super-conscious (divine). The DNA responds by forwarding that signal on to the cells influencing glands, organs and tissues. By clarifying these communication channels with a detox we increase the speed of stem cell production and cellular renewal many times over. Your cells are now going to respond to your thoughts and your feelings of youth should start to appear as you go forward. By removing pollutants from your body and your environment you will receive clearer and stronger energetic signals from within and cellular renewal will speed up in accordance with this.

The womb of the mother is a safe place with an uninterrupted session of stem cell production and differentiation.

No solid food, no visual, mental or emotional pollution, just pure mother love. I suggest you temporarily return to this state, metaphorically, and tackle your detox and healing process on all levels, full on. Go within and allow yourself the time to open doorways to a communion with your soul and the Spirit. Allow the renewal to take place without pollutants and it may surprise you with feelings of renewed youth and energy.