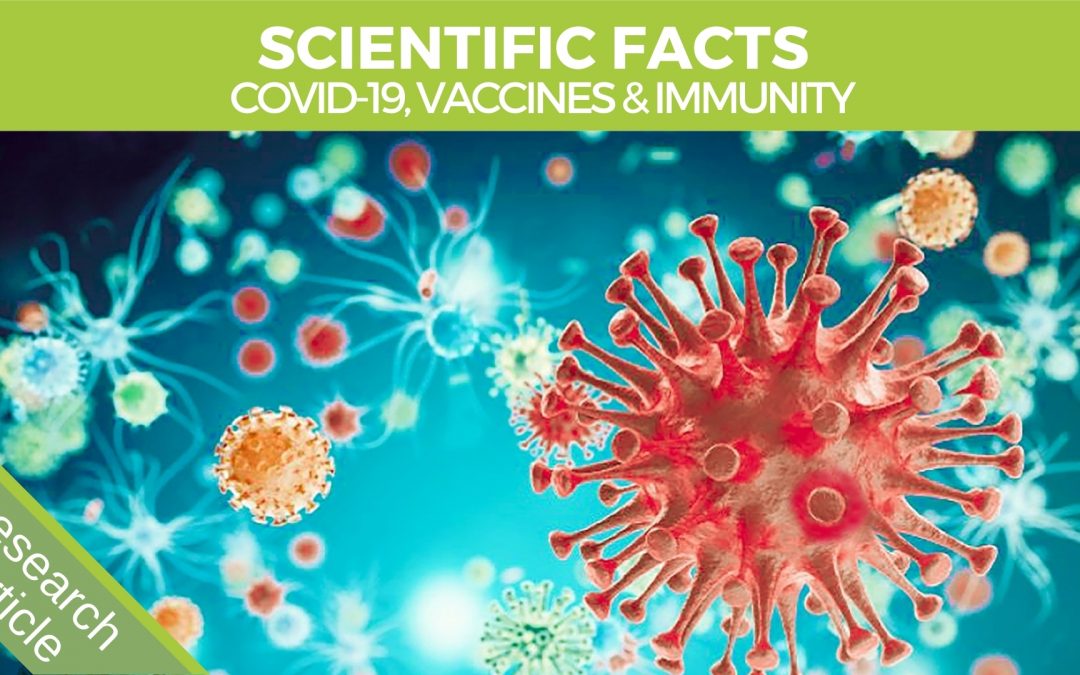 As a medical herbalist, I’m on the fence about the current mass vaccination strategy and waiting to see the long-term outcomes. I’m not an anti-vaxxer or conspiracy theorist but wanted to share some thoughts which are not really being talked about by the health system, government, or media. Unfortunately, anyone who does have something to say which raises questions is largely being shut down by these authorities, which does not look good in our ‘so called’ freedom of information age.

It seems there are a lot of people saying a lot of controversial things about the COVID-19 pandemic and the way it’s been handled by governments, including lockdowns, mandatory vaccination in the workplace, and general discrimination against those who choose to wait or choose to not get the vaccine.

What concerns me is that virtually every government or medical website, or representative does not back up their statements with any transparency. The same goes for the ‘conspiracy theorists’ and the plethora of videos and web pages opposing the mainstream narrative.

In this article, I will actually share some of the interesting scientific research papers around the Covid-19 virus, vaccines, and long-term Immunity, and some very interesting videos from respected medical professionals from around the world. I will share my short theory on all this at the foot of this page. Regardless of where you sit on this topic, I’m sure you will find it very interesting.

Here is the World Vaccination Data as at 05/12/21 See reference for further updates. (6) 54.9% of the world population has received at least one dose of a COVID-19 vaccine. 8.14 billion doses have been administered globally, and 34.41 million are now administered each day. Only 6.2% of people in low-income countries have received at least one dose.

As of 15 August 2021, 514 Israelis were hospitalized with severe or critical COVID-19, a 31% increase from just 4 days earlier. Of the 514, 59% were fully vaccinated. Of the vaccinated, 87% were 60 or older. “There are so many breakthrough infections that they dominate and most of the hospitalized patients are actually vaccinated,” (5)

To start at the very beginning we must ask ourselves, what is the likelihood of this virus occurring naturally in Wuhan China when there were scientific experiments going on in that very same city with coronaviruses to increase their infectivity in humans. It is almost certain without a doubt that COVID-19 was leaked from this lab in Wuhan. Watch this video below as the Chief Medical advisor to the US president doctor Fauci is questioned about this. 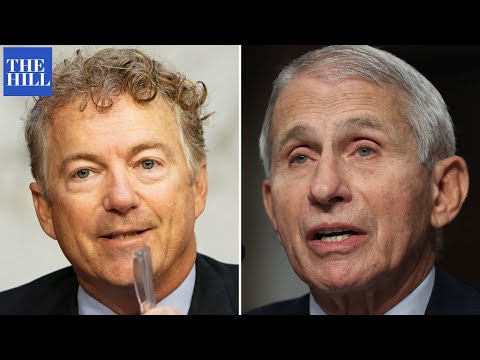 I only bullet point the main areas covered for you below, and you can follow the links if you want to read the scientific research and make your own judgment.

The COVID-19 deaths rates appear to be inflated because they often include anyone that dies with COVID even if they die directly because of another existing condition. Doctors may change the death certificate to COVID even if. the patient dies from something else in an elderly care home or hospital where they were going to die with something else anyway. This video from the US department of homeland security, funeral assistance program might explain why. Original website. Please scroll to 3.45min and you will see what is happening. It’s basically paying for Covid death statistics. 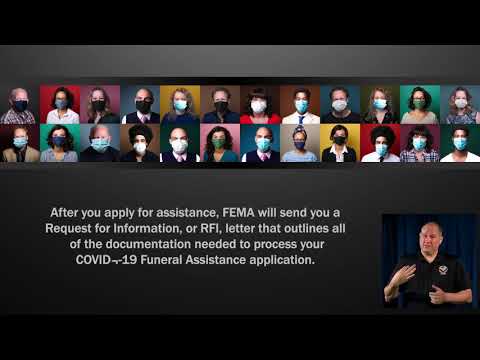 It also appears that Governments are in the habit of either denying or dismissing the numbers of deaths occurring directly after administering the vaccines. Medsafe New Zealand say this on their website “Up to and including 20 November 2021, a total of 117 deaths were reported to CARM after the administration of the Comirnaty vaccine. By chance, some people will experience new illnesses or die from a pre-existing condition shortly after vaccination.” Medsafe Report Website Here

That statement is a concern when it’s already established the mortality from COVID-19 was significantly higher in those patients with kidney disease, cereborovascular disease, cardiovascular disease, respiratory disease, diabetes, hypertension, and cancer and are counted as COVID deaths. Therefore people with these Comorbidities obviously have a significantly higher chance of Mortality after receiving the vaccine and should also be counted vaccine deaths. (12) Research Dismissing the reported Deaths as not directly related to the Mass Vaccine campaign is a highly questionable response by global Health authorities, as there is clear evidence that nearly 50 times as many Vaccine deaths have been reported in 2021 compared to previous years. See this chart below from the vaccine adverse events reporting system. See the up-to-date Chart Here

It is also estimated that only 1% of Vaccine side effects are actually being reported, due to fear, denial, or lack of knowledge of the reporting system. This means the cases reported could be multiplied by 100 times. To see global vaccine deaths reported on the CDC VAERS website click here In New Zealand, you can Report an adverse Vaccine event here  Learn more about the Vaccine Production Process Here (8) To see how the spike protein can cause heart and other cardiovascular damages click here To see exactly how the vaccine operate in the human body click here (14)

It does appear that those who get COVID by natural exposure develop a much stronger immunity to future infections. This means that the unvaccinated will be the strongest and safest people to be around after the vaccines have been administered. to the general population and the borders are opened. In theory, if you have an unvaccinated workforce employed, that has developed natural immunity then your workplace will be the safest. Locking unvaccinated people out of venues, events, and public transport is therefore completely pointless and is a baseless form of discrimination. (19) Research from the Lancet
This video covers quite a few of the points mentioned above and is directly from the scientist Dr. Robert Malone that invented the mRNA vaccine technology.

Reducing Risk Factors
What really disappoints me as a health practitioner is, neither the health authorities nor the media are saying anything about the risk factors for ending up in the hospital and needing emergency care, or for dying from COVID-19. The most obvious of these is Metabolic Syndrome, especially obesity. There are so many things that can be done to combat this risk factor and the public should be told what action they need to take to reduce this risk. A multi-hospital cohort study conducted on 1871 patients with confirmed COVID-19 diagnosis reports that Metabolic Syndrome (a combination of weight gain, high blood sugar, and fats) had a significant association with worse clinical outcomes in patients with COVID-19. Patients with Metabolic Syndrome had a 40% increase in death rates, 68% increase in the need for critical care services, and a 90% increase in the need for mechanical ventilation compared with those patients hospitalised without Metabolic Syndrome. (13) Read more about Metabolic Syndrome Here

Herd Immunity Herd immunity is reached when a sufficiently large proportion of a population has become immune to infection, not only protecting themselves but also decreasing the likelihood of transmission of disease to remaining susceptible persons. Immune persons thus form a barrier to slow or prevent the disease outbreak among other members of the “herd.” The critical proportion of a population (pc) needed to be immune to a disease before herd immunity becomes protective is roughly estimated using the basic reproductive number (R0) of the disease as follows:

R0 is an average that varies by factors such as population density, age structure, individual behaviors, and social interactions. For coronavirus disease 2019 (COVID-19), R0 varies globally, but typically is about 3.0, which means that we would need roughly 67% of the population to be immune. (10) This potentially also means that once 70% of the population are vaccinated, and those remaining people might be those who choose to allow themselves to develop natural immunity. The two approaches combined should be very effective. I think we will find this will happen by default, as it’s more than likely those who consider themselves to be in the ‘low risk’ category have chosen not to take the vaccine. This could actually add to the overall herd immunity effect. It should certainly be their choice, and not forced upon them, using propaganda, bribery, and guilt tactics.

The Declaration was written by Dr. Jay Bhattacharya, Dr. Sunetra Gupta and Dr. Martin Kulldorff.  They state, “As infectious disease epidemiologists and public health scientists we have grave concerns about the damaging physical and mental health impacts of the prevailing COVID-19 policies, and recommend an approach we call Focused Protection.” The Declaration was written from a global public health and humanitarian perspective, with special concerns about how the current COVID-19 strategies are forcing our children, the working class and the poor to carry the heaviest burden.  The response to the pandemic in many countries around the world, focused on lockdowns, contact tracing and isolation, imposes enormous unnecessary health costs on people. In the long run, it will lead to higher COVID and non-COVID mortality than the focused protection plan we call for in the Declaration.

This is a great video inteview of Dr. Jay Bhattacharya who explains the Great Barrington Declaration. 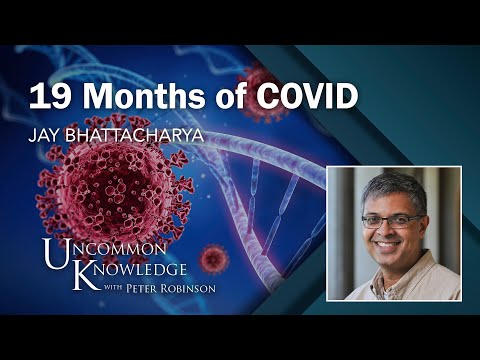 Freedom of Speech
It is interesting how easily the general public can be led to believe whatever the government and media choose to tell them without any real scientific evidence being provided. On the flipside when thousands of medical doctors and scientists speak out with evidence contradicting the ‘group think’ they are labeled as conspiracy theorists, when in fact these may constitute the most researched, informed, and unbiased medical professionals we have.

You can see some of these below.
New Zealand Doctors Speaking out with Science
WORLD DOCTORS ALLIANCE
COVID Medical Network

We will certainly see the true results of our COVID response and mass vaccinations in the years ahead.

Here’s my very short personal theory on what has happened
I believe the whole thing is an attempt to cover up a completely stupid mistake from the Wuhan Lab ‘gain of function’ experimental Covid virus leak, leading to a complete ‘panic response’ by WHO and CDC in an attempt to cover US health officials, then a globally organized government response system, see here https://www.icmra.info/drupal/en/participatingRegulatoryAuthorities , followed by big pharma $$ opportunity, government bail-out packages/funding massive health infrastructure spend, and the consequent media control, and silencing of dissenters, etc. It’s a fairly easy trail to follow and based on very simple and logical human fear-based ‘mass formation’ psychology.

Next, you have the worldwide governments and their bully tactics, including vaccine mandates, vaccine passports and lockdowns. When the medical doctors, scientists and public have attempted to speak out, or protest, after they have found discrepancies in the science, they have been silenced, by further authoritarian bullying. The only reason the governments would respond with bullying, is a simple psychological response, when you have no argument to present. All they can do in this situation is use bully tactics. All this does is further demonstrate the fact that they have no evidence, no science, and no facts to present.

On the flip-side, the extremists with their ‘deliberate genocide’ conspiracy theories only add fuel to the fire and create further fear and division. They are just as bad as the stupid government officials who are trying to cover their asses and failing badly at it. ‘Pragmatism’ is the one word missing in all of this, and neither side appears to have much of that. Both sides in war always lose.

I choose to follow unbiased science and common sense.

I hope you do too.

Vaccine Effectiveness
Effectiveness of Covid-19 Vaccines in the United States Over 9 Months: Surveillance Data from the State of North Carolina https://www.medrxiv.org/content/10.1101/2021.10.25.21265304v1
Community transmission and viral load kinetics of the SARS-CoV-2 delta (B.1.617.2) variant in vaccinated and unvaccinated individuals in the UK: a prospective, longitudinal, cohort study. https://www.ncbi.nlm.nih.gov/pmc/articles/PMC8554486/

Supplements
COVID-19 Mortality Risk Correlates Inversely with Vitamin D3 Status, and a Mortality Rate Close to Zero Could Theoretically Be Achieved at 50 ng/mL 25(OH)D3: Results of a Systematic Review and Meta-Analysis. Harvard. https://www.mdpi.com/2072-6643/13/10/3596