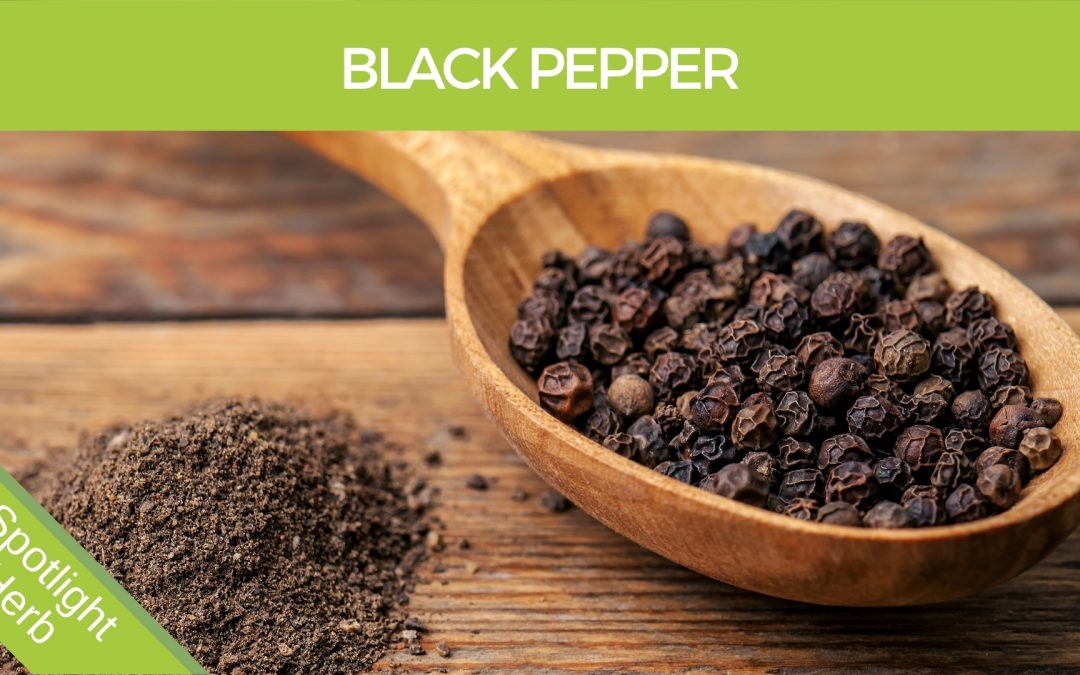 It can also make your food taste a little better next to the salt. No wonder it’s the world’s most traded spice.

In this article, we will look into exactly how these effects occur, and explain the other health benefits of black pepper. 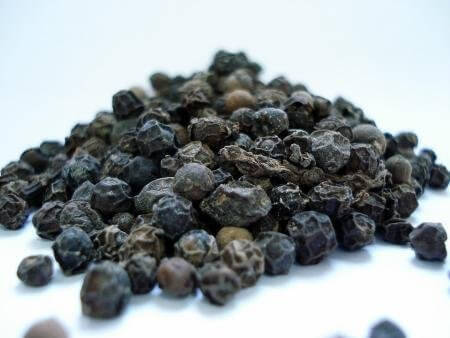 Piper nigrum, commonly known as black pepper is used as medicine throughout the greater part of India and is considered as King of spice. (8)

Black pepper is a flowering vine in the family Piperaceae, cultivated for its fruit, which is usually dried and used as a spice and seasoning. (9)

When dried, the fruit is known as a peppercorn. When fresh and fully mature, it is approximately 5 millimeters (0.20 in) in diameter, dark red, and, like all drupes, contains a single seed. Peppercorns and the ground pepper derived from them may be described simply as pepper, or more precisely as black pepper. (9)

The genus Piper (Piperaceae), which contains approximately 2000 plant species distributed mainly in tropical areas, is a potential source of drugs based on the use of some Piper species in traditional medicine. For example, nearly 30 out of 60 indigenous Chinese Piper species are used medically. (4)

In Thailand, the root of Piper nigrum (black pepper plant), in the form of ghee, powders, enemas, and balms, is applied to abdominal tumors. The plant can also be used to treat abdominal fullness, adenitis, cancer, cholera, colds, colic, kidney stone, and headache. Black pepper (黑胡椒 Hēi Hú Jiāo) is used in some formulae to treat respiratory or gastric cancers in China. (4) 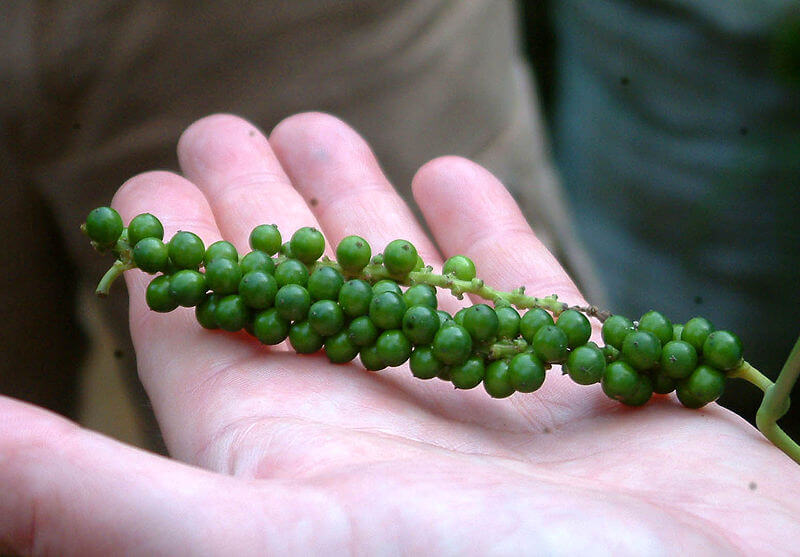 In addition to its culinary uses, pepper has important medicinal and preservative properties, and, more recently, black pepper extract, piperine has been shown to have fundamental effects on many enzyme systems, leading to biotransformative effects including chemoprevention, detoxification, and enhancement of the absorption and bioavailability of herbal and conventional drugs. (9)

Present data support a potent lipid-lowering action of a combination consisting of “curcumin with piperine and quercetin” thus further corroborate its potential in the treatment of glucose tolerance associated with excess dietary fat intake, obesity, and type 2 diabetes. (6)

Another study showed results suggesting that piperine possesses potential fat reducing and lipid-lowering effects, without any change in food appetite. (10)

Results of one study provide proof of the concept that targeting resting muscle thermogenesis effectively treats metabolic diseases, obesity, and type 2 diabetes, in humans. Muscle is an ideal tissue to target for increasing thermogenesis, as it has a large-reserve metabolic capacity.

Piperine has many of the qualities that would be required for any compound to be useful as a therapeutic treatment for metabolic diseases in humans: 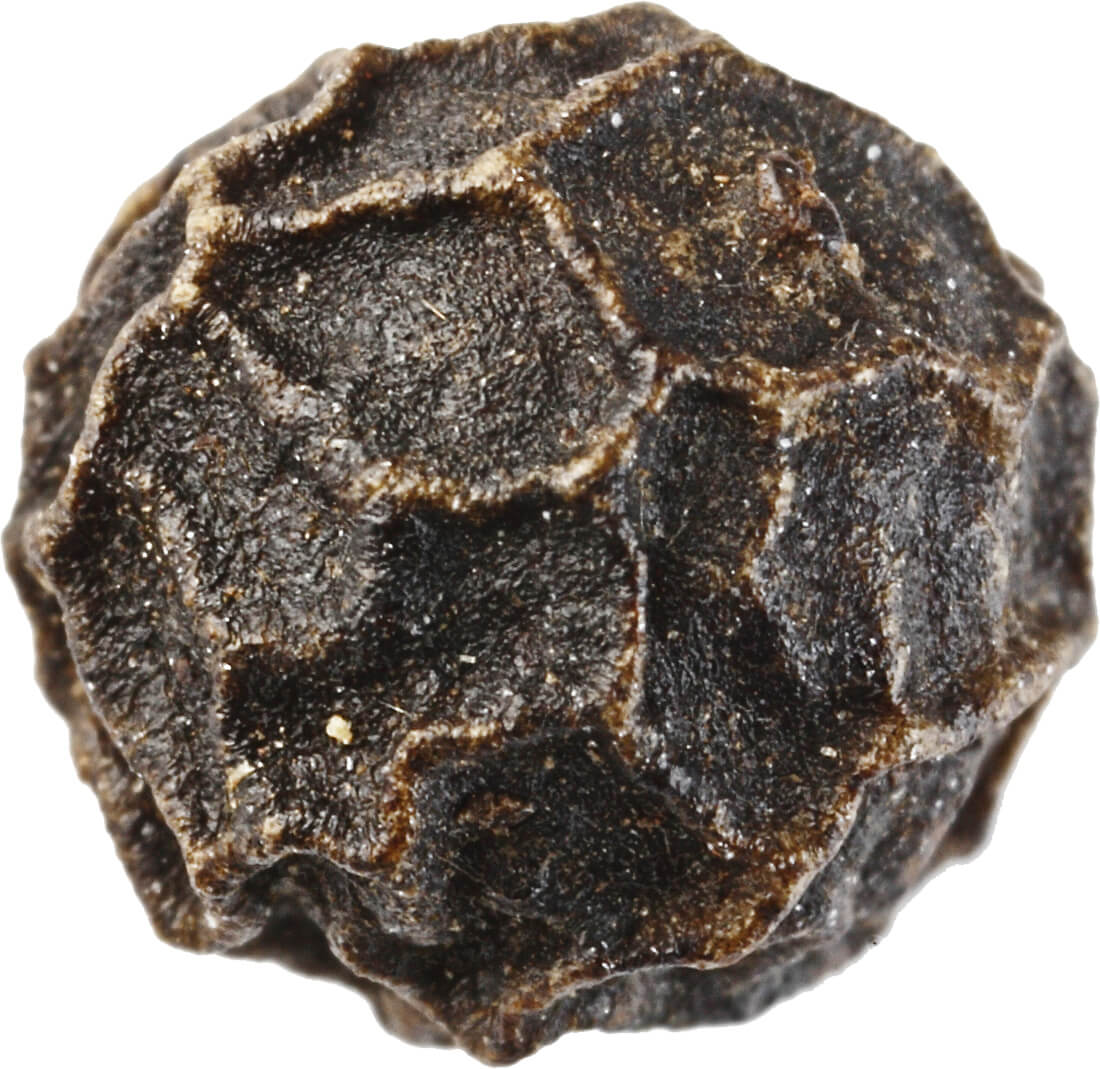 The chemopreventive effects of piperine against several kinds of carcinogens, such as benzopyrene and benzanthracene, show its potential as a cancer preventive agent. (8)

A recent study has shown that piperine inhibits breast stem cell self-renewal and does not cause toxicity to differentiated cells. It has been demonstrated that piperine induced apoptosis and increased the percentage of cells. Piperine also has very good anti-metastatic properties against lung metastasis. (8)

Given the significant positive correlations exhibited between the biochemical and the cytotoxic properties evaluated in one study, it was concluded that Piper Nigrum is a novel therapeutic spice for the treatment of colorectal carcinoma. (2)

From the results of one study, it was concluded that piperine is capable of managing hyperglycemia and complications of diabetes in diabetic rats. Hence this plant may be considered as one of the potential sources for the isolation of new oral anti hypoglycemic agents. (1)

Based on the results observed in one study, piperine treatment reduces toxin secretion and toxin entry. Piperine administration during Helicobacter pylori infection decreased. (3)

In one study there was a marked decrease in cholinesterase level, amyloidal plaque formation in rats brains who were pretreated with piper nigrum. At the same time there was a decrease in escape latency time (ELT) and an increase in memory in piper-treated rats. Piper nigrum may prove to be effective for the prevention of Alzheimer’s disease. This finding has to be confirmed with studies including a larger population. (5)

It would appear that the most common spice used in the developed world is actually one of our greatest medicines. Not only can black pepper speed up our metabolism and help us lose weight, but it also has many unexpected benefits. In fact too many to list again here. Suffice it to say, keep adding pepper to your food and you won’t regret it.

Black Pepper Extract in the form of Piperine 50gm capsule/sachet can be found in the following products.

(7) Piperine potentiates the hypocholesterolemic effect of curcumin in rats fed on a high-fat diet. PUBMED https://www.ncbi.nlm.nih.gov/pmc/articles/PMC4061201/

(10) Effect of piperine in the regulation of obesity-induced dyslipidemia in high-fat diet rats. PUBMED https://www.ncbi.nlm.nih.gov/pmc/articles/PMC3113382/