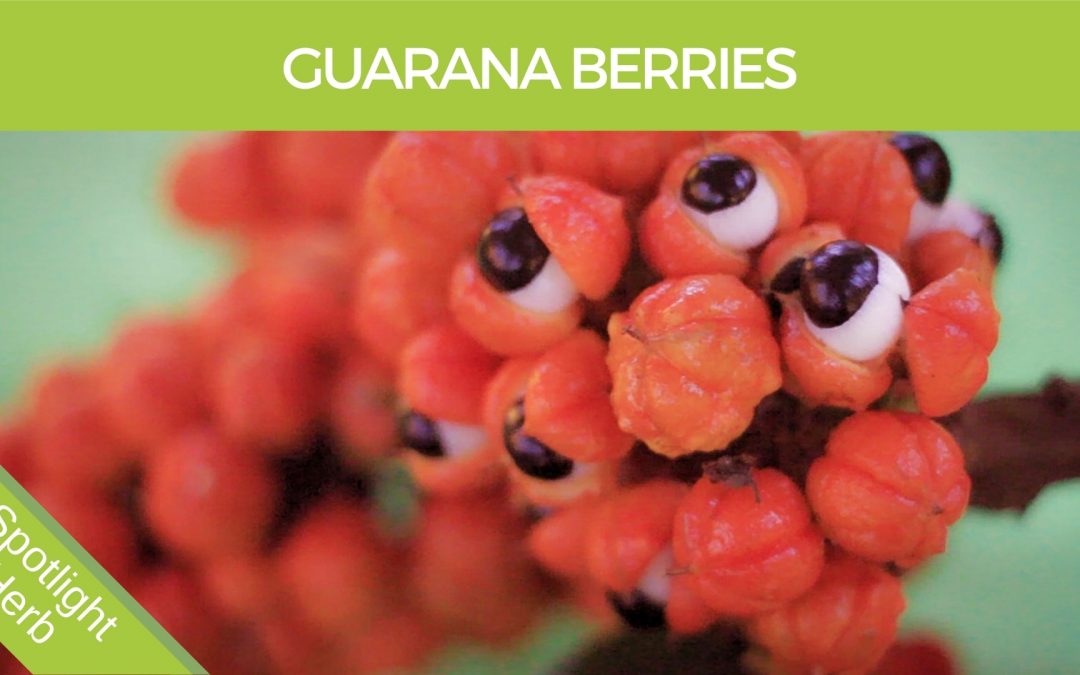 One of the most popular energy supplements in the world today is Guarana. You see it in all the energy drinks as a substitute for caffeine.

Everybody thinks Guarana contains caffeine, but there is an important difference.

Here will discuss the weight loss effects of Guarana and the supporting scientific evidence.

Guarana (Paullinia cupana) is a species of climbing plant native to the Amazon that is known as an antioxidant, traditional medicinal, and an effective stimulant (7)

The word guarana comes from the Guaraní word guara-ná, which has its origins in the Sateré-Maué word for the plant, warana, that in Tupi-Guarani means “fruit like the eyes of the people”

The guarana fruit’s color ranges from brown to red and contains black seeds which are partly covered by white arils. The color contrast when the fruit has been split open has been likened to eyeballs; which has formed the basis of an origin myth among the Sateré-Mawé people. (1) 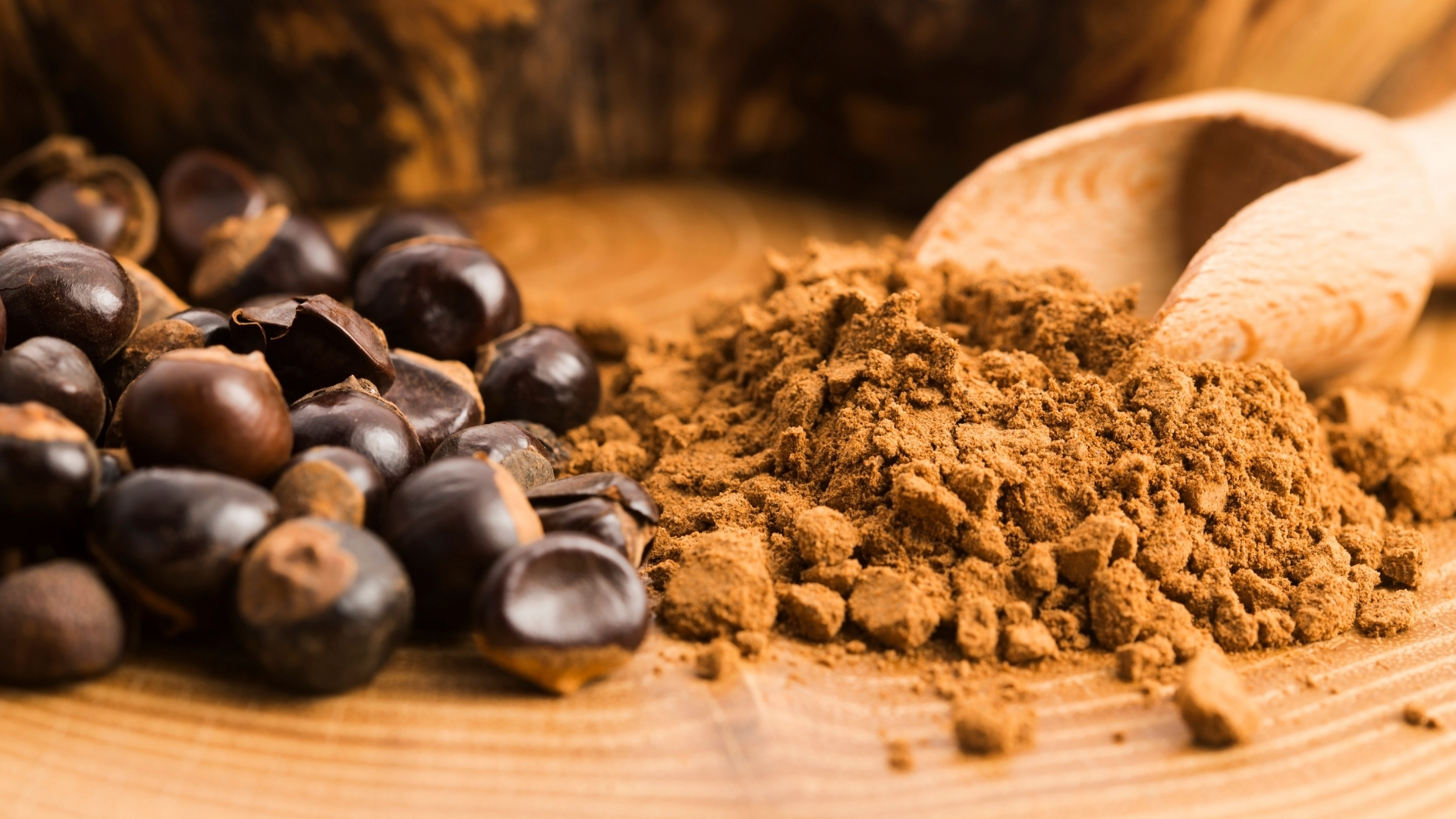 Guarana’s stimulant properties are usually attributed to its caffeine content (2.5–5% of dry weight), which is known to modify cognitive function and mood state and to enhance exercise performance, possibly due to a reduction in perceived exertion. Caffeine consumed in a beverage is absorbed by the small intestine within 45 min of ingestion, and previous data show no difference in absorption rates between pure caffeine and caffeine from guarana. However, guarana also contains the methylxanthines theophylline and theobromine, as well as saponins and polyphenols, including tannins, catechins, and epicatechins, and differences in the behavioral effects of caffeine and guarana have been noted.

Guarana seeds have the highest caffeine concentration among plants accumulating purine alkaloids, but in contrast with coffee and tea, practically nothing is known about caffeine metabolism in this Amazonian plant. In one study, the levels of purine alkaloids in tissues of five guarana cultivars were determined. Theobromine was the main alkaloid that accumulated in leaves, stems, inflorescence, and pericarps of fruit, while caffeine accumulated in the seeds and reached levels from 3.3% to 5.8%. In all tissues analyzed, the alkaloid concentration, whether theobromine or caffeine, was higher in young/immature tissues, then decreasing with plant development/maturation. Caffeine synthase activity was highest in seeds of the immature fruit. (9)

While energy drink use continues to rise, concerns have been raised about their high caffeine content and with it, the risks associated with their consumption, particularly by young people. The main component of guarana attributed to these beneficial properties is caffeine, which, depending on how the extract is prepared, can be more than four times the amount found in coffee beans. (7)

Methylxanthines have been detected in nearly 100 species of 13 orders of the plant kingdom. Coffea species’ content in caffeine is estimated to be 0.4 to 2.4% dry weight compared to Guarana which can be up to 5% (12)

Several systematic effects have been described for the main methylxanthines in humans. Caffeine stimulates the CNS and respiratory system, while theophylline is less potent on these targets and theobromine is viewed as virtually inactive in this respect. Theophylline is more effective than caffeine in cardiac stimulation, coronary dilatation, and smooth muscle relaxation. As for theobromine, it is generally less active than caffeine or theophylline, although it has been reported to be a potent cardiac stimulant, being in fact previously used in humans as a dilator of coronary arteries (daily doses of 300–600 mg). (12) 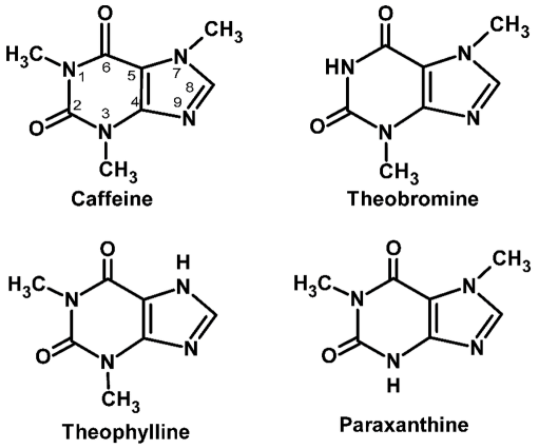 Some of the beneficial effects reported for methylxanthines may be associated with the antioxidant properties ascribed to these compounds. Studies reveal that caffeine is an efficient scavenger of hydroxyl radicals and alkoxyl radicals and this can support the antioxidant role proposed for this compound in protecting against cellular damage by decreasing lipid peroxidation. (12)

Despite the positive effects that the antioxidant properties of methylxanthines may originate, their pharmacological activities are normally related to other physiologic activities. Normally, four different mechanisms are proposed to mediate the pharmacological methylxanthine activity at the cellular level: antagonism of adenosine receptors, phosphodiesterase inhibition, modulation of GABA receptor action, and regulation of intracellular calcium levels. (12)

The most important mechanism of action of methylxanthines involves blocking the adenosine receptors and competitively inhibiting the action of adenosine in the cells. This inhibition results in increased release of hormones, such as norepinephrine, dopamine, and serotonin. (12)

Guarana is primarily produced in the Brazilian states of Amazonas and Bahia, and approximately 70% of the production is used by the industry of soft and energy drinks. The other 30% becomes guarana powder for direct consumption in capsules or dilution in water, or it serves as a raw material for the pharmaceutical and cosmetics industries. In addition to its stimulant property, guarana has other therapeutic properties, which have aroused the interest of the scientific community. (11)

Guarana is an increasingly common component in energy drinks that has previously been shown to improve measures of attention and secondary memory and to increase alertness and contentment ratings. (6)

Considerable evidence from studies in humans supports the hypothesis that coffee consumption induces weight loss by increasing thermogenesis. It has been estimated that habitual consumption of 600 mg caffeine causes an increase in energy expenditure (EE) of ≈100 kcal/d (36), which could indeed lead to significant weight loss. (13)

Lipolysis is another indicator of lipid metabolism, and greater lipolysis has frequently been observed after caffeine intake by human subjects. (13)

The laboratory evidence presented above makes it seem likely that caffeine is the main ingredient that gives coffee its ability to induce weight loss, fat oxidation, lipolysis, and thermogenesis. (13)

Guarana catechins are bioavailable and contribute to reducing the oxidative stress of clinically healthy individuals, by the direct antioxidant action of the absorbed phytochemicals and up-regulation of antioxidant/detoxifying enzymes. (2)

Memory tests and evaluations of anxiety were performed. The cortex, cerebellum, hippocampus, hypothalamus, and striatum were separated to assess acetylcholinesterase activity. Our results revealed that guarana powder was able to reduce cholesterol levels in a manner similar to statins. Guarana powder also partially reduced the liver damage caused by hyperlipidemia. (4)

Guarana was able to improve memory impairment due to hyperlipidemia. Guarana powder may, therefore, be a source of promising phytochemicals that can be used as adjuvant therapy in the management of hyperlipidemia and cognitive disorders. (4)

Findings demonstrate that consuming a supplement containing guarana, prior to exercise, can positively impact subsequent memory performance and reduce perceived exertion during a moderate-intensity run in active males. (6)

The positive data on the effect of guarana on alertness and contentment also advocates further testing of these constituents on subjective mood state, particularly measures related to mental fatigue such as stamina, tiredness, and perceived exertion. (6)

results indicate that the guarana has hepatoprotective activity and prevents DNA strand breakage. (8)

15 patients who completed the study 10 had a decrease of more than 50% in hot flash severity scores. During the 6 weeks of treatment, statistically, significant decreases were seen in both numbers of hot flashes and severity scores. (10)

It would appear that a lot more is going on with Guarana than simply caffeine. With all the other benefits including antioxidant, DNA Protection, cognition, and memory improvements, and hormonal support and mood enhancement, it’s no wonder Guarana has been so popular.

Including Guarana in your weight loss plan is definitely a good idea, but only when used in conjunction with other herbs that balance out the stimulating effect.

You can find Guarana in the following products:

(20 Bioavailability of catechins from guaraná (Paullinia cupana) and its effect on antioxidant enzymes and other oxidative stress markers in healthy human subjects. PUBMED https://www.ncbi.nlm.nih.gov/pubmed/27302304

(6) The Effects of Supplementation with a Vitamin and Mineral Complex with Guaraná Prior to Fasted Exercise on Affect, Exertion, Cognitive Performance, and Substrate Metabolism: A Randomized Controlled Trial. PUBMED https://www.ncbi.nlm.nih.gov/pmc/articles/PMC4555111/

(12) Structure-Bioactivity Relationships of Methylxanthines: Trying to Make Sense of All the Promises and the Drawbacks. http://www.mdpi.com/1420-3049/21/8/974/htm