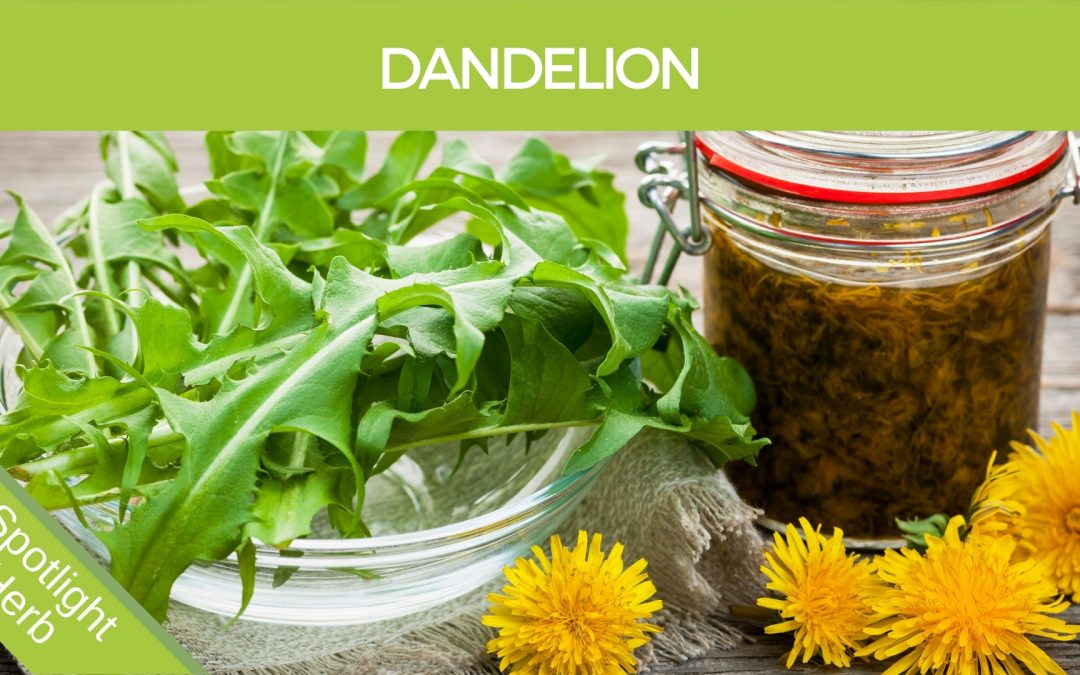 Description
While many people think of the dandelion (Taraxacum officinale) as a pesky weed, it is packed full of vitamins A, B, C, and D, as well as minerals, such as iron, potassium, and zinc. Dandelion leaves can be used to add flavor to salads, sandwiches, and teas. Dandelion Roots can be used in some coffee substitutes, and the flowers are used to make wines. (5)

Dandelion stems are capped by bright yellow flowers. The grooved leaves funnel rain to the root. Dandelion flowers open with the sun in the morning and close in the evening or during gloomy weather. The dark brown roots are fleshy and brittle and are filled with a white milky substance that is bitter and slightly smelly. (5)

Traditional use
In the past, dandelion roots and leaves were used to treat liver problems. Native Americans also boiled dandelion in water and took it to treat kidney disease, swelling, skin problems, heartburn, and upset stomach. In traditional Chinese medicine, dandelion has been used to treat stomach problems, appendicitis, and breast problems, such as inflammation or lack of milk flow. In Europe, dandelion was used in remedies for fever, boils, eye problems, diabetes, and diarrhea. (5)

Dandelion root is primarily considered a gastrointestinal remedy, supporting digestion and liver function. The Latin name Taraxacum is from the Greek and means “disease remedy.” (4) 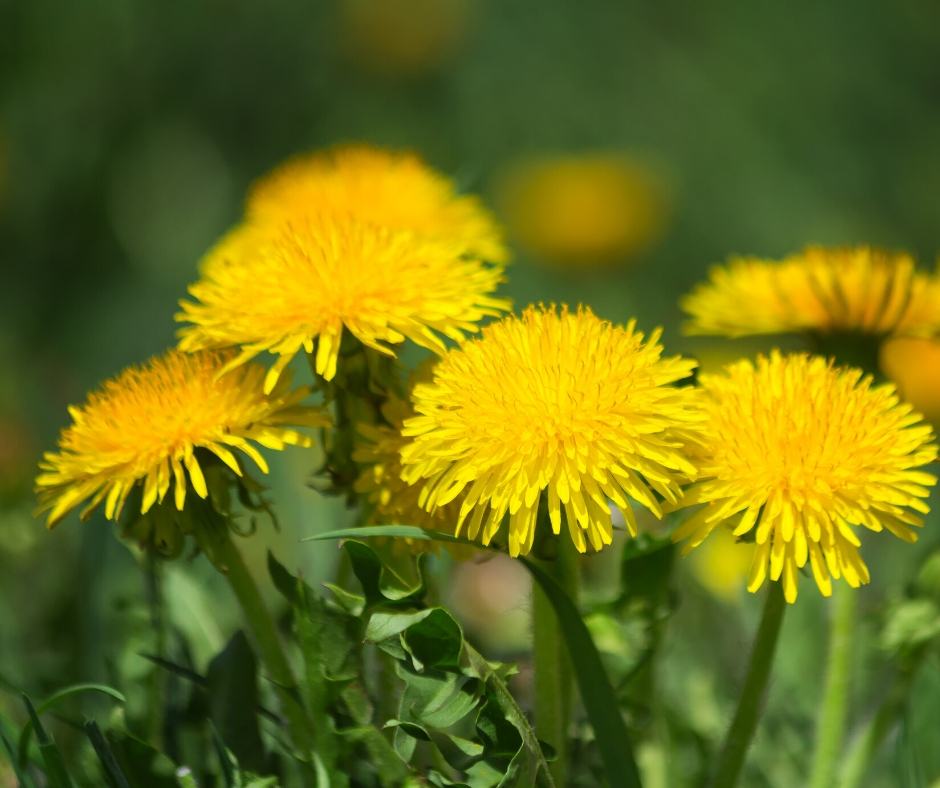 Active Constituents
Dandelion leaves act as a diuretic, increasing the amount of urine your body makes. The leaves are used to stimulate the appetite and help digestion. The dandelion flower has antioxidant properties. Dandelion may also help improve the immune system. (5)

The chief constituents of Dandelion root are Taraxacin, acrystalline, bitter substance, of which the yield varies in roots collected at different seasons, and Taraxacerin, an acrid resin, with Inulin (a sort of sugar which replaces starch in many of the Dandelion family, Compositae), gluten, gum, and potash. The root contains no starch, but early in the year contains much uncrystallizable sugar and laevulin, which differs from Inulin in being soluble in cold water. This diminishes in quantity during the summer and becomes Inulin in the autumn. The root may contain as much as 24 percent. In the fresh root, the Inulin is present in the cell-sap, but in the dry root it occurs as an amorphous, transparent solid, which is only slightly soluble in cold water, but soluble in hot water. (8)

Among the most important compounds in dandelion are sesquiterpene lactones (believed to have anti-inflammatory and anticancer effects), phenylpropanoids (believed to have inflammation-modulating effects), triterpenoid saponins (effects unknown for this herb; well known for many others; eg, the adaptogenic effects found in plants such as Panax ginseng), and polysaccharides (complex carbohydrates). Major sesquiterpene lactones, generally occurring as glycosides (sugars), include taraxacosides, taraxacolides, dihydro-lactucin, ixerin, taraxinic acids, and ainslioside.5 Phenylpropanoids (cinnamic acid derivatives) are plentifully present and include cichoric acid, monocaffeoyltartaric acid, 4-caffeoylquinic acid, chlorogenic acid, caffeic acid, and related compounds. Inulin (a class of fibers known as fructans) is also present in large amounts in the dandelion root. (4)

Diuretic
Species of Taraxacum have been employed as a diuretic for over 2000 years in both Traditional Chinese Medicine and in Ayurvedic medicine.3–5 The species found in most U.S. and European herbal remedies is Taraxacum officinale (L.) Weber (Asteraceae), commonly known as dandelion, Herba Taraxaci, or Taraxacum herba. It is used ubiquitously as a remedy in a variety of conditions. Even before publication in Elizabeth Blackwell’s Curious Herbal in 1734, the use of the dandelion leaf as a diuretic persisted across cultural and temporal barriers. In French, dandelion is known as pissenlit, a colorful description of its diuretic activity. These ethnobotanical and historical data suggest that various species of dandelion have been widely employed for urinary and renal diseases to enhance the renal elimination of fluids. The data from this human trial demonstrate that an ethanolic extract of T. officinale fresh leaf (1 g:1 mL), increases the frequency and excretion ratio of fluids in healthy human subjects. (11)

Improved digestion
Sesquiterpene lactones impart a bitter taste to the plant, which is especially notable in the leaf but also in the root (particularly when spring-harvested). These compounds also likely explain the increase in bile production seen in animal studies with dandelion, with the studies themselves lending support to the traditional use of dandelion as a bitter digestive stimulant. (9)

Liver protectionResults of one study suggest that the extract of Dandelion root has a protective action against alcohol-induced toxicity in the liver by elevating antioxidative potentials and decreasing lipid peroxidation. (1)

Immunity
The polysaccharides in dandelion, of which there are many, are often credited with being key intermediaries in immune interactions (4)

Anti-Influenza
The antiviral activity of dandelion extracts indicates that a component or components of these extracts possess anti-influenza virus properties. Mechanisms of reduction of viral growth and inhibition on virus replication. (3)

Anti-Cancer
One study provides new scientific data on Dandelion and suggests that Dandelion extracts or individual components present in the extracts may be of value as novel anti-cancer agents against breast and prostate cancer. (6)

Skin Cancer
In another study, it was shown that dandelion root extract specifically and effectively killed human melanoma cells without inducing toxicity in noncancerous cells. (7) 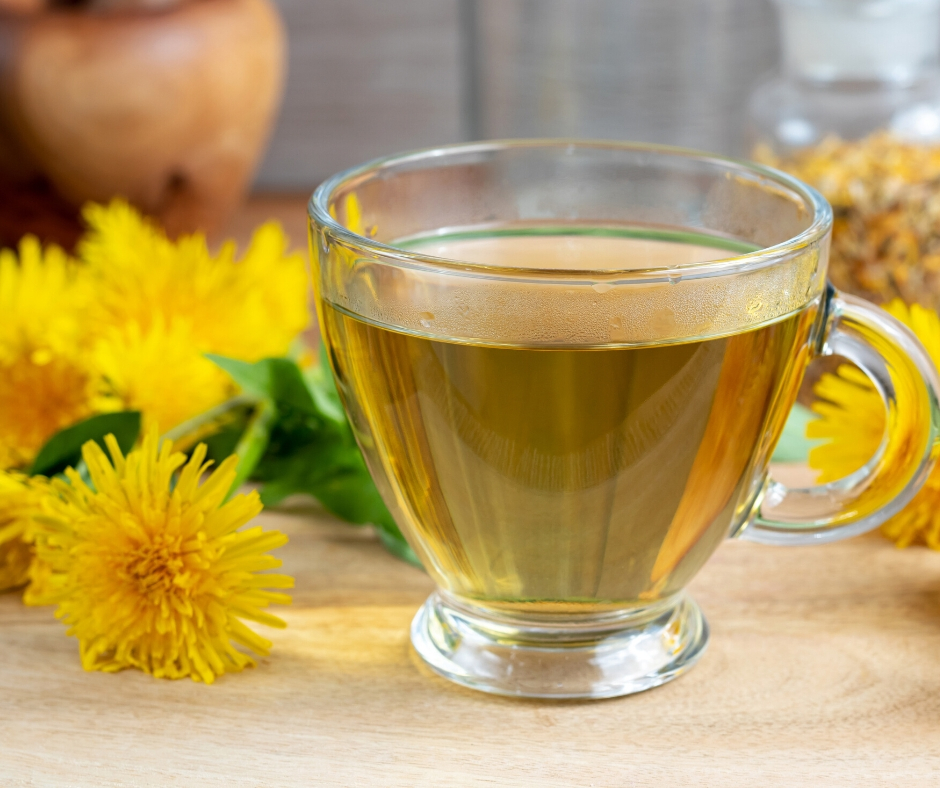 Uses
Dandelion leaves can be used in salads (similar to rocket leaves) or herbal tea. and dandelion roots can be dried, roasted, and ground into a coffee substitute.

Conclusion
Because it is such a common ‘weed’ and has such an ancient history, Dandelion is completely underestimated and therefore under-researched. With the very limited amount of research available, there is an astounding amount of evidence for traditional claims. This is nearly always the case with medicinal herbs which shows that ancient knowledge is not to be ignored, but rather validated by science.

The great thing about dandelion is that most of the research proves basic liquid extracts work just as well, if not better than complex forms. Because you can probably find dandelions around your house you can use the leaves in a salad with benefit.

I have found it a great addition to my herbal detox program as ground-level liver, kidney, and digestive support.

I hope you have gained something from this article.

You can find Dandelion roots in the following products

(1) In vitro and in vivo hepatoprotective effects of the aqueous extract from Taraxacum officinale (dandelion) root against alcohol-induced oxidative stress. PubMed http://www.ncbi.nlm.nih.gov/pubmed/20347918

(6) Evaluation of aqueous extracts of Taraxacum officinale on growth and invasion of breast and prostate cancer cells.

(11) The Diuretic Effect in Human Subjects of an Extract of Taraxacum officinale Folium over a Single Day https://www.researchgate.net/publication/26740106_The_Diuretic_Effect_in_Human_Subjects_of_an_Extract_of_Taraxacum_officinale_Folium_over_a_Single_Day