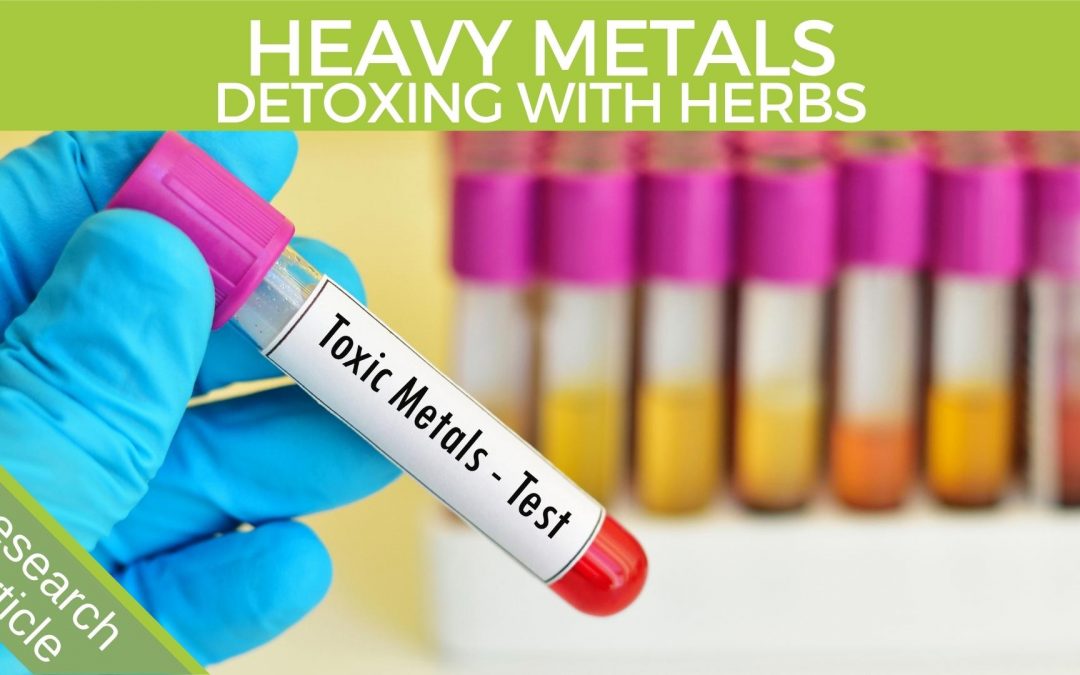 In the 15th Anniversary edition of the Ultimate Herbal DETOX, we have added Cilantro and Chlorella to help detoxify the body of heavy metals.

Here we will discuss the need to Detox Heavy Metals and the approach we suggest.

What are heavy metals?

When considering the environmental impact of mobilized metals, the “big three”, mercury, lead, and cadmium, are in the limelight. Less so is perhaps mercury, which is being displaced from industrial processes by the introduction of new technologies, With relatively well-defined point sources of lead contamination, the major spread of lead in the environment has been partly curbed by the introduction of unleaded gasoline. (3)

Reduction of the toxic heavy metals in industry in recent years is helpful but the problem lies in the fact that many of the potential sources of these contaminants are old, and are now breaking down in the environment.

Let’s look at these individually in a little more detail.

Mercury poisoning cases have been reported in many parts of the world, resulting in many deaths every year. Mercury exposure leads to harmful effects on almost every organ and system. It should be considered a silent threat to the environment and human life, through the world. (4)

Mercury is utilized in the electrical industry (switches, thermostats, batteries), dentistry (dental amalgams), and numerous industrial processes including the production of caustic soda, in nuclear reactors, as antifungal agents for wood processing, as a solvent for reactive and precious metal, and as a preservative of pharmaceutical products (10)

Mercury toxicity is not often included in the differential diagnosis of common subjective complaints such as fatigue, anxiety, depression, odd paresthesias, weight loss, memory loss, and difficulty concentrating, but these are the symptoms of low-grade chronic mercury exposure. (11)

Significant deposits of mercury, previously non-existent, were found in the lungs, kidneys, endocrine organs, liver, and heart with abnormal low-voltage ECGs of patients after amalgam fillings were removed. (2)

Such mercury contamination may then contribute to intractable infections or pre-cancer. However, these mercury deposits, which commonly occur in such cases, were successfully eliminated by the oral intake of 400 mg of Chinese parsley (Cilantro) daily for average weight adults. (2)

Lead is a naturally occurring bluish-gray metal present in small amounts in the earth’s crust. Although lead occurs naturally in the environment, anthropogenic activities such as fossil fuels burning, mining, and manufacturing contribute to the release of high concentrations. Lead has many different industrial, agricultural and domestic applications. It is currently used in the production of lead-acid batteries, ammunition, metal products (solder and pipes), and devices to shield X-rays. (10)

Lead is the most systemic toxicant that affects several organs in the body including the kidneys, liver, central nervous system, hematopoietic system, endocrine system, and reproductive system. Lead exposure usually results from lead in deteriorating household paints, lead in the workplace, lead in crystals and ceramic containers that leach into water and food, lead use in hobbies, and lead use in some traditional medicines and cosmetics. (10)

There are many published studies that have documented the adverse effects of lead in children and the adult population. In children, these studies have shown an association between blood level poisoning and diminished intelligence, lower intelligence quotient-IQ, delayed or impaired neurobehavioral development, decreased hearing acuity, speech and language handicaps, growth retardation, poor attention span, and anti-social and diligent behaviors. (10)

In the adult population, reproductive effects, such as decreased sperm count in men and spontaneous abortions in women have been associated with high lead exposure. Acute exposure to lead induces brain damage, kidney damage, and gastrointestinal diseases, while chronic exposure may cause adverse effects on the blood, central nervous system, blood pressure, kidneys, and vitamin D metabolism. (10)

Cadmium is a heavy metal of considerable environmental and occupational concern. It is widely distributed in the earth’s crust at an average concentration of about 0.1 mg/kg. The highest level of cadmium compounds in the environment is accumulated in sedimentary rocks, and marine phosphates contain about 15 mg cadmium/kg (10)

The main routes of exposure to cadmium are via inhalation or cigarette smoke, and ingestion of food. Skin absorption is rare. Human exposure to cadmium is possible through a number of several sources including employment in primary metal industries, eating contaminated food, smoking cigarettes, and working in cadmium-contaminated workplaces, with smoking being a major contributor. (10)

Other sources of cadmium include emissions from industrial activities, including mining, smelting, and manufacturing of batteries, pigments, stabilizers, and alloys. Cadmium is also present in trace amounts in certain foods such as leafy vegetables, potatoes, grains and seeds, liver and kidney, and crustaceans and mollusks, liver, mushrooms, shellfish, mussels, cocoa powder, and dried seaweed. (10)

Chronic inhalation exposure to cadmium particulates is generally associated with changes in pulmonary function and chest radiographs that are consistent with emphysema [95]. Workplace exposure to airborne cadmium particulates has been associated with decreases in olfactory function [96]. Several epidemiologic studies have documented an association of chronic low-level cadmium exposure with decreases in bone mineral density and osteoporosis. (10)

Cadmium is a severe pulmonary and gastrointestinal irritant, which can be fatal if inhaled or ingested. After acute ingestion, symptoms such as abdominal pain, burning sensation, nausea, vomiting, salivation, muscle cramps, vertigo, shock, loss of consciousness and convulsions usually appear within 15 to 30 min. Acute cadmium ingestion can also cause gastrointestinal tract erosion, pulmonary, hepatic or renal injury and coma. (10)

Cilantro is a common herb used to flavor Chinese, Thai and Indian style of food. I would recommend using it regularly and freely, based on the research below.

Researchers found Cilantro (Chinese parsley) accelerates the excretion of Mercury (Hg), Lead (Pb), from the body through the urine. Subjects were given a course of antibiotics (Doxycycline for Chlamydia trachomatis infection) or anti-viral agents (EPA with DHA for Herpes Family Viruses) together with Chinese parsley. (1)

Since these vegetable/herbs were eaten, the amount of effective substance absorbed varied and some people did not like the taste of these relatively large amounts of either cooked or raw cilantro or its juice, but together with effective antibiotics delivered by drug uptake enhancement methods to the infected areas, the substances worked synergistically, rapidly reducing the generalized symptoms and infection. (1) 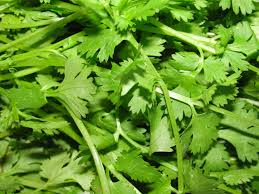 Seaweeds and algae have been studied extensively as they have the ability to absorb heavy metals naturally from their environment. Some seaweeds collected from the ocean have indicated impressive absorption of metals. Brown algae, in particular, are suited for binding metallic ions. (3)

Biosorption has always been reported as a promising method to treat various kinds of pollutants. Microalgae is one of the most important biosorbents.

Certain algae (Chlorella, Scenedesmus, Hydrodictyon) perform better overall than other strains. Certain algal species remove > 90% of at least one metal and their relative performance varied according to the metal being investigated. Chlorella Vulgaris could tolerate a high concentration of 100 μg/ml of lead. (6)

During the removal of Amalgam fillings activated charcoal or chlorella can be placed, along with a cotton roll and gauze under the teeth. This helps to intercept particles and to chelate dissolved metals that seep under the dam. (9) 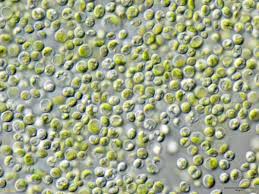 Some specific foods have been identified to help reduce heavy metal toxicity. (8)

These foods should be consumed on a regular basis (8) All of which are highly recommended foods during our Herbal DETOX Program.

Having a diet high in fresh fruits and vegetable and following a detox program is a great way to enhance your body’s natural ability to detoxify heavy metals. 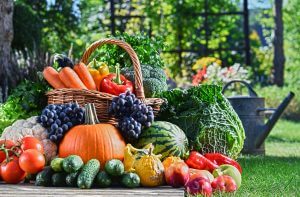 A product which contains both Chlorella and Cilantro is LivaFood which makes up 1 part of the 4 part Herbal DETOX pack.

During the 14 day Herbal DETOX you take ten capsules of LivaFood Daily giving a total 300mg of each herb, or 600mg of the combination.

In combination with the four other Detox herbal products and the detox diet plan, you will have made a huge step towards clearing your body of toxic heavy metals.

(2) Significant mercury deposits in internal organs following the removal of dental amalgam, & development of pre-cancer on the gingiva and the sides of the tongue and their represented organs as a result of inadvertent exposure to strong curing light (used to solidify synthetic dental filling material) & effective treatment: a clinical case report, along with organ representation areas for each tooth. PUBMED http://www.ncbi.nlm.nih.gov/pubmed/8914687/

(4) Current approaches of the management of mercury poisoning: need of the hour. PUBMED http://www.ncbi.nlm.nih.gov/pmc/articles/PMC4055906/#B91

(7) Evaluation of Chlorella as a Decorporation Agent to Enhance the Elimination of Radioactive Strontium from Body. PUBMED http://www.ncbi.nlm.nih.gov/pmc/articles/PMC4734693/

(8) Dietary Strategies for the Treatment of Cadmium and Lead Toxicity. PUBMED http://www.ncbi.nlm.nih.gov/pmc/articles/PMC4303853/

(11) Mercury Toxicity and Treatment: A Review of the Literature. PUBMED https://www.ncbi.nlm.nih.gov/pmc/articles/PMC3253456/