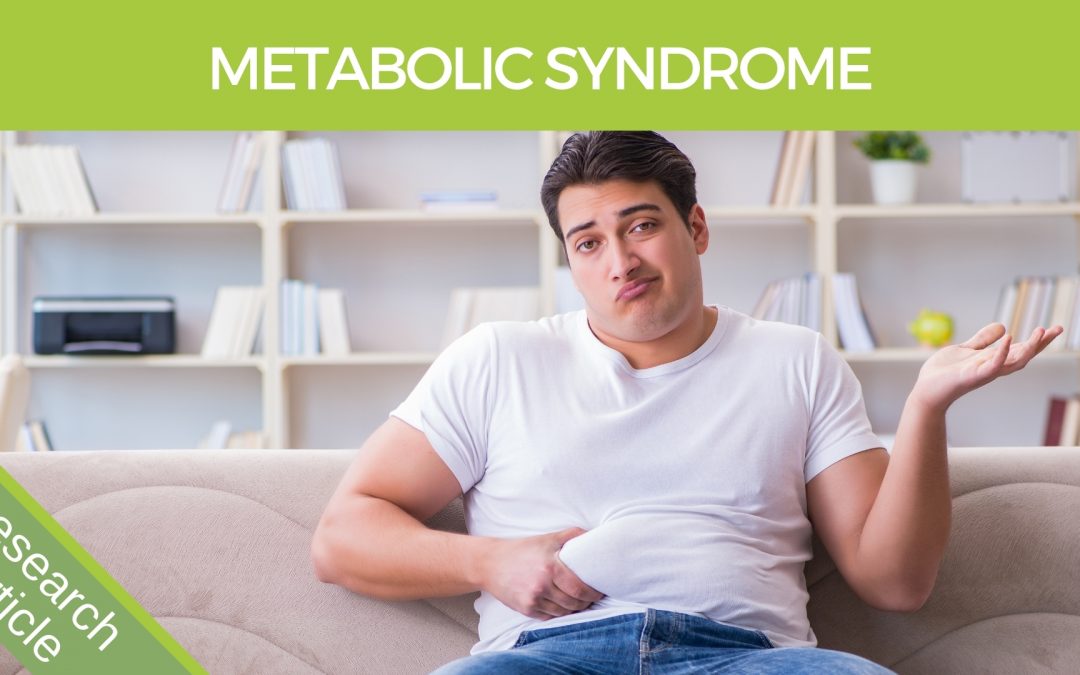 Rebooting or getting your metabolism reset is a great way to start the journey towards greater health and happiness. In this article, I will talk about our metabolism, what causes its decline and imbalance, the dangers of this, and how it can be reset and rebooted. Just as you would service your motor car, your body can be back on the road, running well in no time.

Whether is Cholesterol, Blood sugar, or Weight Gain that’s the problem, a metabolic reset is just the thing. First, let’s outline exactly what metabolic syndrome is.

When you think of worldwide epidemics things like SARS, Corona Virus, HIV, Malaria, Bird flu, or Ebola comes to mind. In-fact these infectious and contagious diseases come and go on regular cycles and have been around for a long time. The epidemics we are going to talk about are completely different and much more modern. They are insidious and emerge from our society and lifestyle rather than some external pathogen or infection.

You probably know somebody in your own family who has suffered from breathing difficulty, diabetes, a heart attack, a stroke, or even cancer.  That’s because these are the biggest killers globally and they are definitely on the rise in recent decades. In fact, up to 70% of the population die from one of these. For Cancer in 2012 alone, there were 14.1 million new cases and 8.2 million deaths worldwide. The most commonly diagnosed cancers were lung (1.82 million), breast (1.67 million), and colorectal (1.36 million). The most common causes of cancer death were lung cancer (1.6 million deaths), liver cancer (745,000 deaths), and stomach cancer (723,000 deaths). (1) Apart from these cancers, the top 10 leading causes of death in 2012 globally can be seen in the chart below.

This chart is from the World Health Organization. 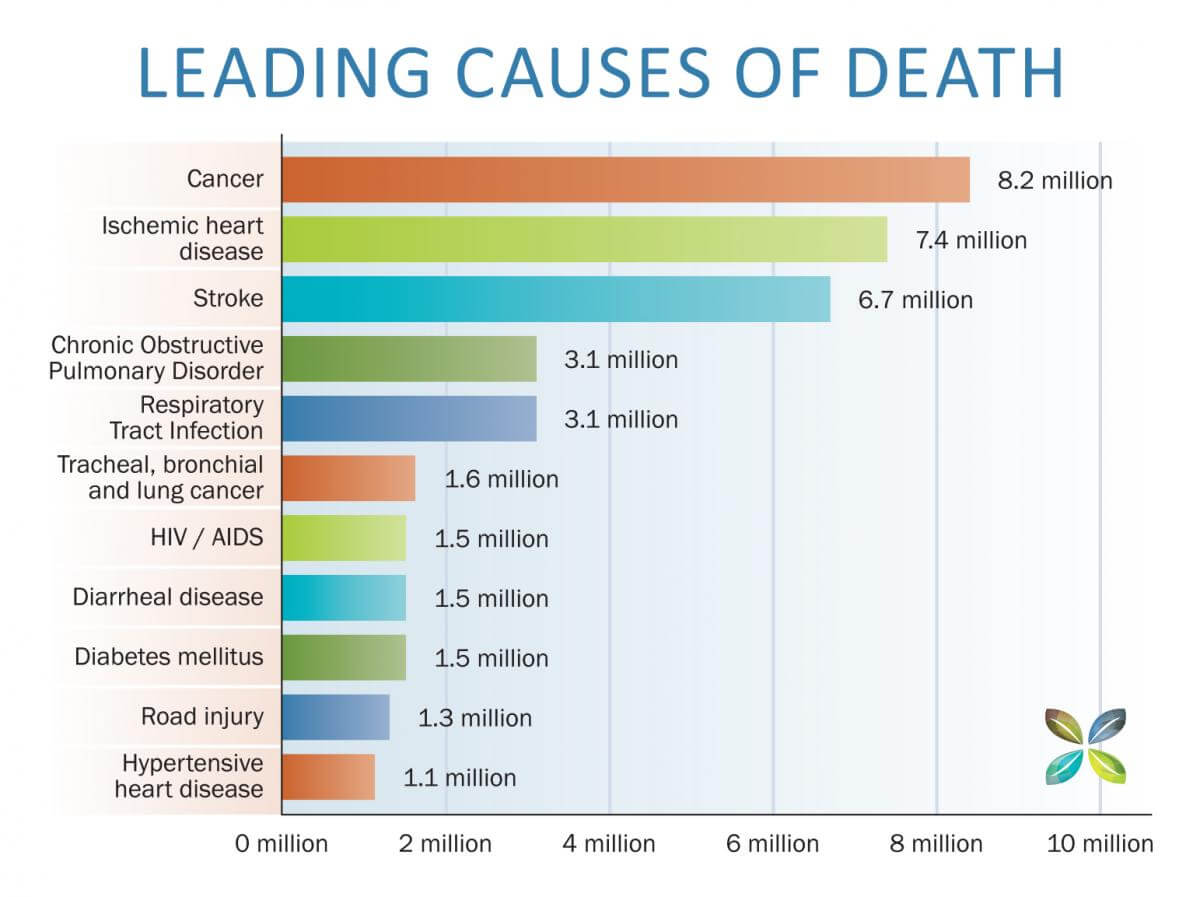 The leading causes of Death

These top killers represent the result of our biggest epidemic in history, but they are not actually the epidemic in themselves. In other words, the real epidemic is not listed as a cause of death.

With the successful conquest of many of the old infectious diseases in the world, non-communicable diseases have become the major cause of morbidity and mortality not only in the developed world but also in underdeveloped countries. Among all these NCD, metabolic syndrome had been the real scourge globally. (10)

“1/4 of the world’s adults have metabolic syndrome”

The total cost of the malady including the cost of health care and loss of potential economic activity is in trillions. The present trend is not sustainable unless a magic cure is found (unlikely) or concerted global/governmental/societal efforts are made to change the lifestyle that is promoting it. (10) Over-exercising and crazy workouts are not really the solution either, as these have been around for the last 40 years, and we’re still getting fatter and queuing up at the hospitals.

A real solution would offer another path, one of health. Real, sustainable, peaceful, long-term good health. The real epidemic is what you could also call “General Bad Health”This includes Obesity, Diabetes, Cardiovascular disease, High Blood pressure, and High Cholesterol, collectively known as “Metabolic Syndrome.” The solution to this is what I want to share with you today. 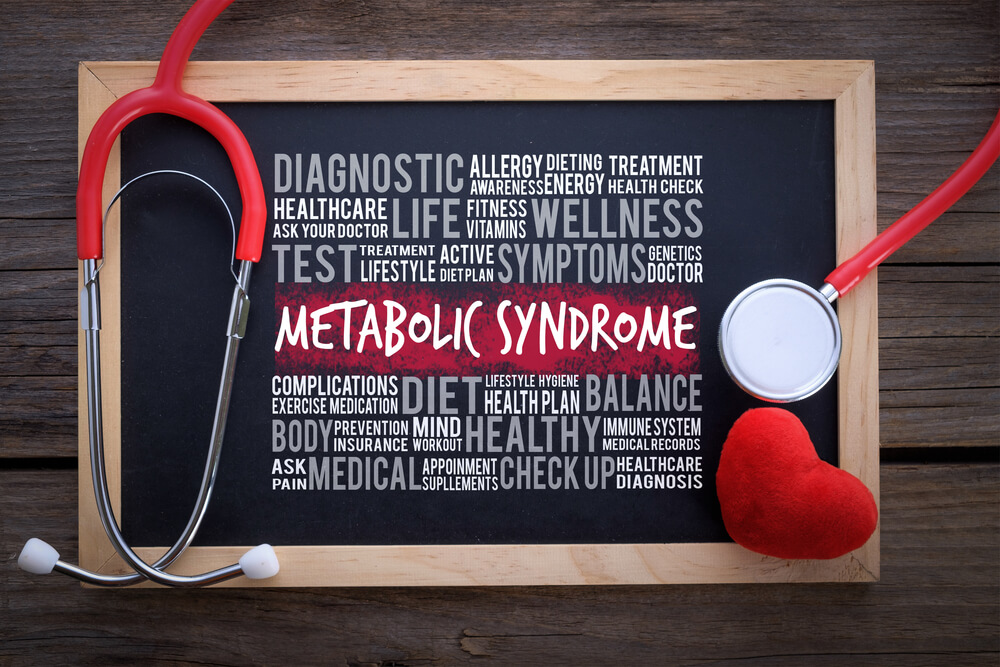 Metabolic syndrome (MeTS) is a disorder of energy utilization and storage, diagnosed by a co-occurrence of three out of five of the following medical conditions: abdominal obesity, high blood pressure, high blood sugar, and high cholesterol levels. (6)

The International Diabetes Federation worldwide definition of the metabolic syndrome (2006) is Central obesity AND any two of the following:

How Does It Happen?

Low-Grade Inflammation – People have constant, low-grade inflammation throughout the body. Researchers don’t know whether this causes metabolic syndrome or worsens it. (6)
Fatty Liver or High blood triglycerides – High-fat levels in the blood and Liver are an accepted risk factor for developing metabolic syndrome. (6)
Unhealthy Gut Microbiome – Healthy microbiome prevents many cardiovascular diseases as well as MeTS/diabetes. (10)
Genetic factors – This is one area we have little control over, although it is known that our genes can switch on and off in response to our thoughts.
Obesity –  A waist measurement of 35 inches (87cm) or more for women or 40 inches (90cm) or more for men is a known metabolic risk factor. (6)
Too much fat and sugar in the body can cause obesity and lead to insulin resistance over time. (7)
Insulin resistance – Many factors contribute to metabolic syndrome, including decreased physical activity, genetic predisposition, chronic inflammation, free fatty acids, but insulin resistance appears to be the common link between the two elements, obesity, and metabolic syndrome. (5)

Scientists still don’t fully understand what causes insulin resistance, but excess weight and physical inactivity definitely contribute. Pre-diabetes usually also occurs in people who already have insulin resistance.  It appears clear that the world’s biggest lethal health epidemic is simply related to fat and sugar over-consumption. Why aren’t we told about this, when it’s killing the majority of us!

The metabolic syndrome can be induced by overfeeding with sugar or fructose, particularly along with a highly processed fat diet and excessive meat. Excessive fructose ingestion leads to an increased metabolic burden to the Liver because fructose is metabolized predominantly by the Liver. Fructose is one of the most common forms of added sugar on our supermarket shelves and is hidden (as high fructose corn syrup) in hundreds of everyday foods, such as fruit juices, snack bars, and cereals. These foods are commonly called “healthy” and advertised as such. Obesity and metabolic syndrome are increasing global health problems. In addition to the malnutrition offered by highly processed and mass-produced refined foods, found on most supermarket shelves.

High acid levels are also created by these types of foods which cause other problems, such as:

Three meta-analyses about the effect of Keto Diets on cardiovascular risk factors were published recently. Their conclusions are unanimous about general positive effects (8) Studies showed that a Keto diet in humans decreased all the indicators of metabolic syndrome including blood sugar, insulin, cholesterol, and blood pressure. See the picture below. 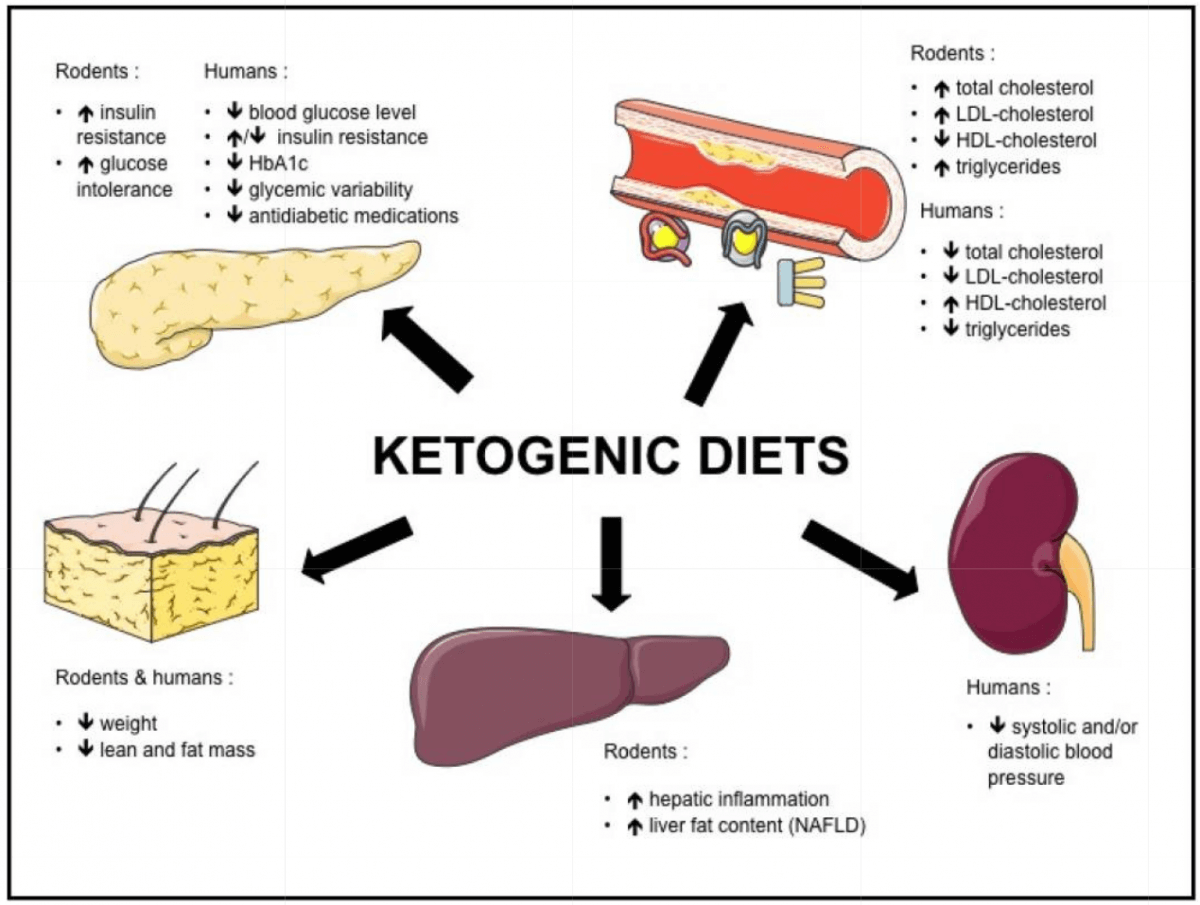 The effect of a Keto Diet on Metabolic Syndrome

Obesity is increased in the elderly population, and adipose tissue induces a state of systemic inflammation These changes predispose aged individuals to CVDs. CVDs and vascular dysfunction are characterized by a chronic alteration of inflammatory function and markers of inflammation and the innate immune response, including C-reactive protein, and linked to the occurrence of myocardial infarction (heart attack) and stroke in healthy elderly populations and patients (4) 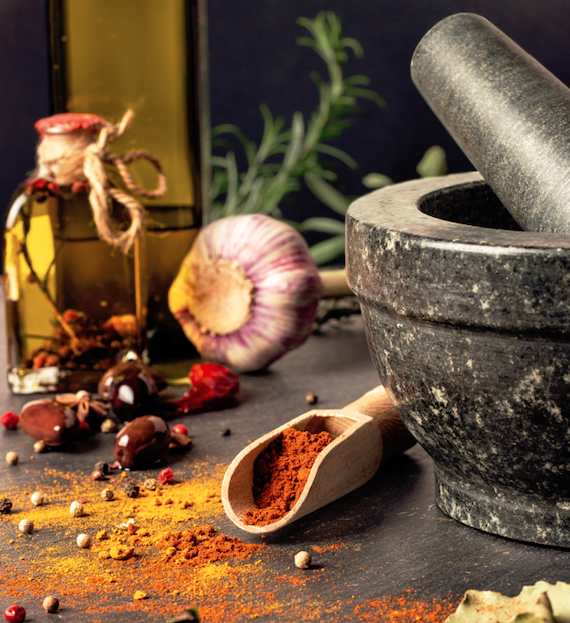 Our program consists of taking herbal supplements along with a whole-food diet plan which fits perfectly with the Keto diet. The program comes with a recipe book and everything you need to reboot and reset your metabolism. With over 100,000 people having completed Brett Elliott’s Herbal detox and slim programs, reports come in continuously of weight management, lower cholesterol, and lower blood pressure.

This is no surprise considering the detox diet consists of fruits and vegetables and a combination of up to 40 medicinal herbs. By completing a herbal detox program annually and including culinary herbs and spices in your diet regularly you can not only improve your general health but greatly reduce the risk of developing metabolic syndrome and insulin resistance. To curb the global trend of these escalating health epidemics a change in habits is needed. By following a program like our herbal detox, new habits are formed. It takes many years for the body to become overwhelmed to the point of heart attack, stroke, or diabetic atrophy, by which time it is often too late to recover to full health. If you’re looking for a reset, then follow the link below. 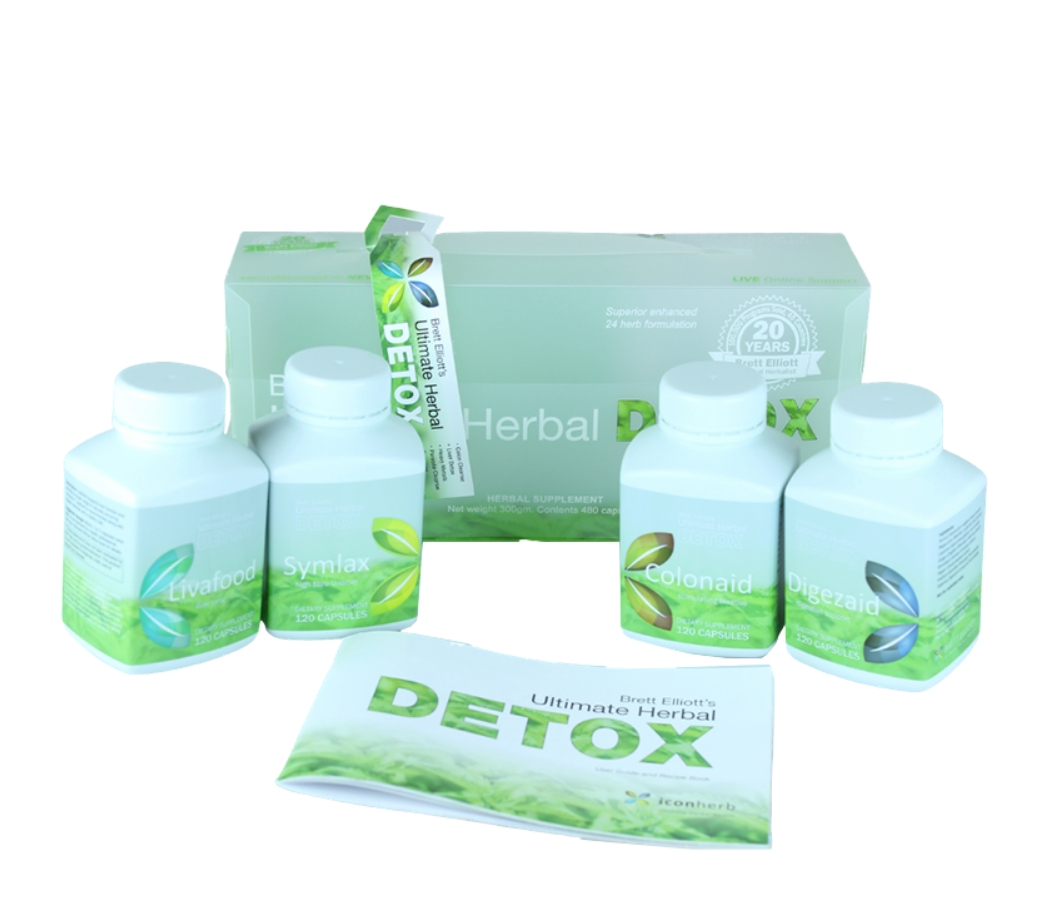 In the same way, it takes years of regular healthy habits to promote a long-term state of good health. The earlier the habits begin, the more likely it is that a long healthy life can be achieved. This article is a very brief look at metabolic syndrome and insulin resistance and is by no means a comprehensive study. Please follow some of the references below if you want to know more. If you are interested in starting a program to improve your life and your health status then it might be worth investigating what people are saying about their experiences with a herbal detox below.

(2)  Prevalence of metabolic syndrome among US adults: findings from the third National Health and Nutrition Examination Survey. Pubmed http://www.ncbi.nlm.nih.gov/pubmed/11790215

(3) Anti-inflammatory properties of culinary herbs and spices that ameliorate the effects of metabolic syndrome. Pubmed http://www.ncbi.nlm.nih.gov/pubmed/22226987

(5) Insulin resistance in obesity as the underlying cause of metabolic syndrome. PUBMED https://www.ncbi.nlm.nih.gov/pubmed/20960553

(10)  The Global Epidemic of the Metabolic Syndrome. PUBMED https://www.ncbi.nlm.nih.gov/pmc/articles/PMC5866840/