Seven Health Reasons to Cut Back on Red Meat 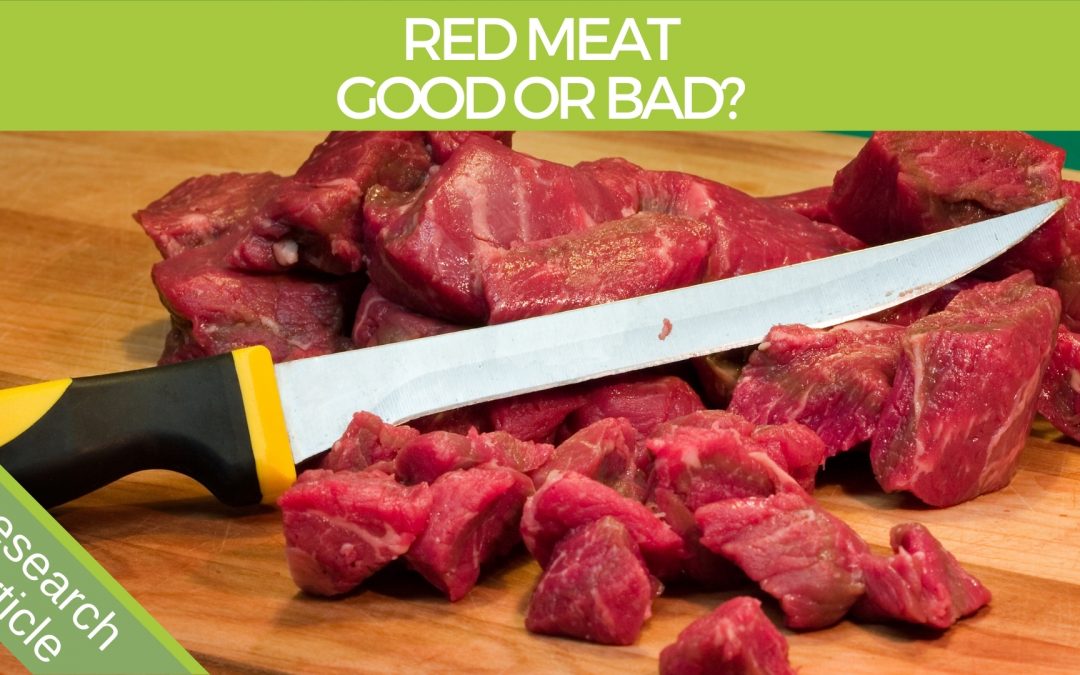 There are a lot of different views on this subject. Advocates of red meat consumption will say you need it for protein and iron, and that you will become weak without it, while vegetarians seem to suffer from fewer heart attacks, strokes, cancer and live longer.

I thought this was worth some research as we promote a vegetarian diet during our Detox Program and the benefits seem obvious, such as lower blood pressure and cholesterol levels.

Let’s look at the information around red meat.

Do We Need Red Meat?

Do you need meat to satisfy your body’s iron requirements? I don’t think so. Take Gorillas for example. Gorillas are 100% vegetarian and they are possibly the strongest animal alive. In fact, meat makes a gorilla sick and weak and eventually dies young. (1)

“Even though we have all these problems in terms of heart disease as we get older, if you give a gorilla a diet that a meat-loving man might eat in Western society, that gorilla will die when it’s in its twenties; where its normal lifespan might be 50. They just can’t handle that kind of diet.” (1)

Well-planned vegetarian diets, particularly those including milk and/or eggs, can provide all essential nutrients for good health and for a high level of sports performance. (3)

In one review, current scientific data related to key nutrients for vegetarians, including protein, iron, zinc, calcium, vitamin D, riboflavin, vitamin B-12, vitamin A, n-3 fatty acids, and iodine found that a vegetarian, including a vegan diet, can meet current recommendations for all of these nutrients. (5)

There is convincing evidence that vegetarians have lower rates of coronary heart disease, largely explained by low LDL cholesterol, probable lower rates of hypertension and diabetes mellitus, and lower prevalence of obesity. Overall, their cancer rates appear to be moderately lower than others living in the same communities, and life expectancy appears to be greater.  (4)

A number of studies, when taken together, produced compelling evidence that most vegetarian diets were not only nutritionally adequate but also associated with lower risks of certain chronic diseases when compared with the effects of a more typical Western diet. (4)

The research seems very consistent in concluding that vegetarian diets are perfectly healthy from a nutritional perspective, but what about strength?

Are Vegetarians as Strong as Meat Eaters?

In one study involving resistance training, both vegetarian and beef groups were measured. Both groups exceeded iron intake requirements and strength increased at all measured time points and muscle groups over 12 weeks. (6)

In answer to the first big question “Do we need red meat?”   Obviously not! The next obvious question would be “Is red meat harmful to our health?”

Results of one study showed moderate associations between dietary fats and semen quality, some of which reached statistical significance. Total fat intake was negatively related to total sperm count and sperm concentration. These associations appeared to be driven primarily by intake of saturated fat. Conversely, intake of omega-3 was positively correlated to sperm health. Saturated fat content, which can be particularly high in red meat, has independently been linked to lower semen concentration in males. (16) 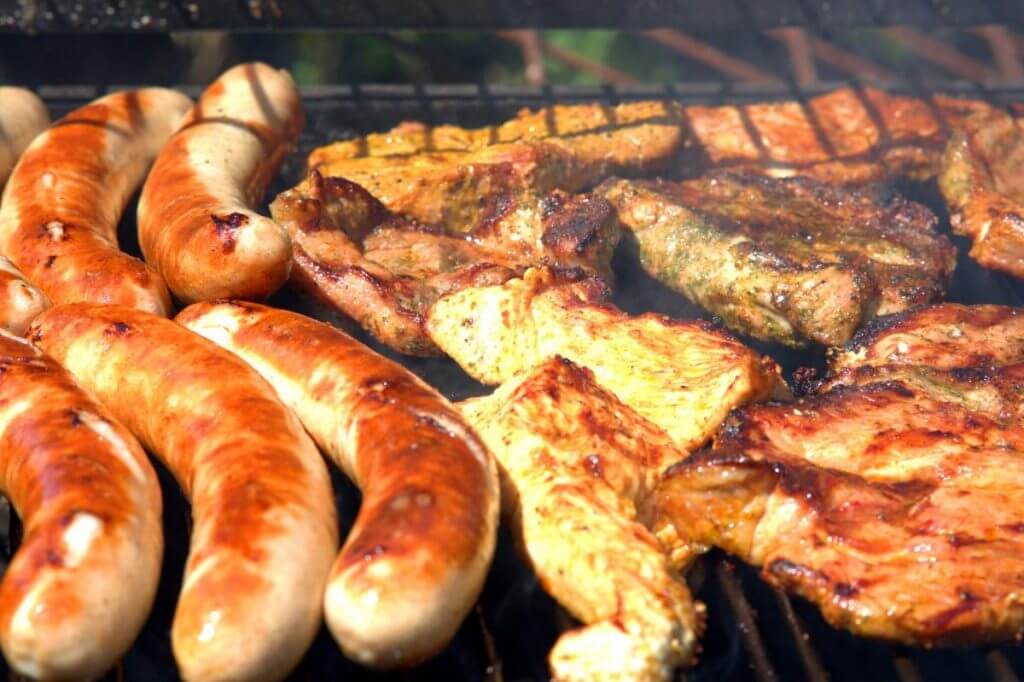 2. Early Death
In high-income Western countries, large prospective studies and meta-analyses generally show that total mortality rates are modestly higher in participants who have high intakes of both red and processed meat than in those with low meat intakes, whereas no or moderate inverse associations have been observed for poultry. (7) Another study involving 448,568 men and women over ten years found significant associations with processed meat intake were observed for cardiovascular diseases, cancer, and ‘other causes of death’. (9)

3. Acidity and Inflammation
Findings of one study suggest that dietary intakes of red and processed meats may be associated with adverse health effects such as cancer through an inflammatory pathway in some population groups. Current data suggests that the amount of excess body weight or the degree of adiposity mediates the association between dietary red and processed meat intake and levels of obesity-related inflammatory markers. (11)

One study found that After adjusting for total energy intake, smoking, and other possible dietary confounders, subjects with the highest level of consumption of red meat and meat products combined were at an increased risk for inflammatory polyarthritis. (17)

Another study involving over 63,000 Adults showed that participants who developed gout had higher levels of consumption of total protein, red meat (including pork, beef, and lamb), poultry, and fish and shellfish than those who remained free of gout. (18)

This was the only food associated with cancer that was labeled “convincing” in the recent report from the World Cancer Research Fund, American Institute for Cancer Research (4) Processed meats like sausage, bacon, ham, and salami are especially carcinogenic.

A review of published studies showed the high intake of red and processed meat is associated with significantly increased risk of colorectal, colon, and rectal cancers. The overall evidence of prospective studies supports limiting red and processed meat consumption as one of the dietary recommendations for the prevention of colorectal cancer. (15)

5. Red Meat Increased Stroke Likelihood
A high-protein diet might benefit health in some ways, but depending on what kind of protein a person consumes, it could raise their stroke risk too, suggests a large new study that found eating lots of red meat increases the likelihood of having a stroke.

Dr. Frank Hu, a professor at the Harvard School of Public Health, and his colleagues collected data from two massive health surveys that tracked tens of thousands of men and women from roughly middle age to their senior and elderly years. Over 20 years of the study, nearly 1,400 men and more than 2,600 women had a stroke.

6. Diabetes
The evidence-based integrated message is that it is plausible to conclude that high consumption of red meat, and specially processed meat, is associated with an increased risk of 32% for Diabetes. (12)

7. Coronary Heart Disease
In one study we have a consistent picture for a reduction of Coronary heart disease, diabetes, and hypertension, in which risks appear to be lower in vegetarians, and some of the mechanisms are clear. (4)

In one trial, 46 people agreed to reduce their red meat intake over a period of 12 weeks by substituting it for white meat, fish, or meat substitutes, or by reducing the portion size of their red meat. They kept a food diary during the study and were given blood tests at the beginning and intervals throughout.

The results, published in the journal Food & Function showed that the most significant change was a drop in the amount of LDL cholesterol in the blood, and those with the highest levels, in the beginning, had the biggest drop. Overall there was an average drop in LDL cholesterol of approximately 10% with men (who tended to have the highest starting values) seeing the biggest change. (13) 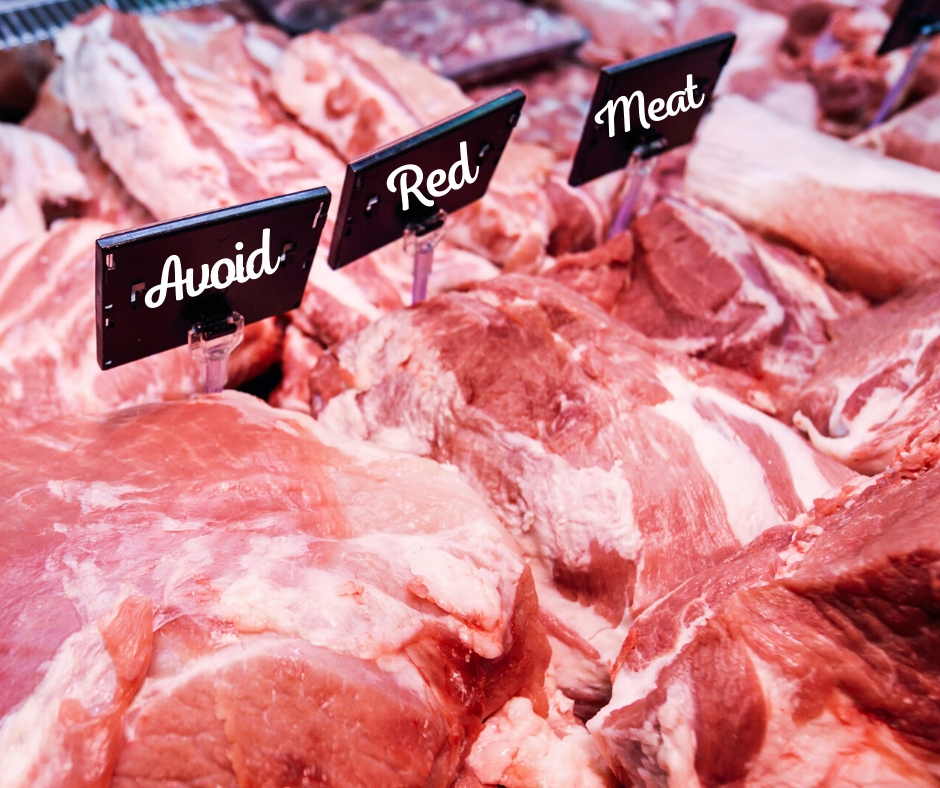 The World Cancer Research Fund recommended that people who eat red meat should consume less than 500g each week, while the Global Burden of Disease project suggested people eat no more than 100g a week. (10) That’s really no more red meat than you would eat in a single sausage.

Chicken and fish had not reported the same negative effects as red meat, so choosing these white meats over red is a good option.

Kicking off a Good New Habit
It can be difficult making the change to a vegetarian diet and finding a new source of energy and enjoyment in your food.  During our Ultimate Herbal DETOX program, we recommend avoiding meat completely during the course of herbs and then continuing with a diet including mainly fish and chicken for your meat.

This may be why the program appears to lower elevated blood pressure, blood sugar, and cholesterol. Completing a program such as this is an ideal platform for empowering a change in habits and experiencing the profound benefits of going vegetarian.

I personally advocate a vegetarian diet (with a little fish) for several reasons: 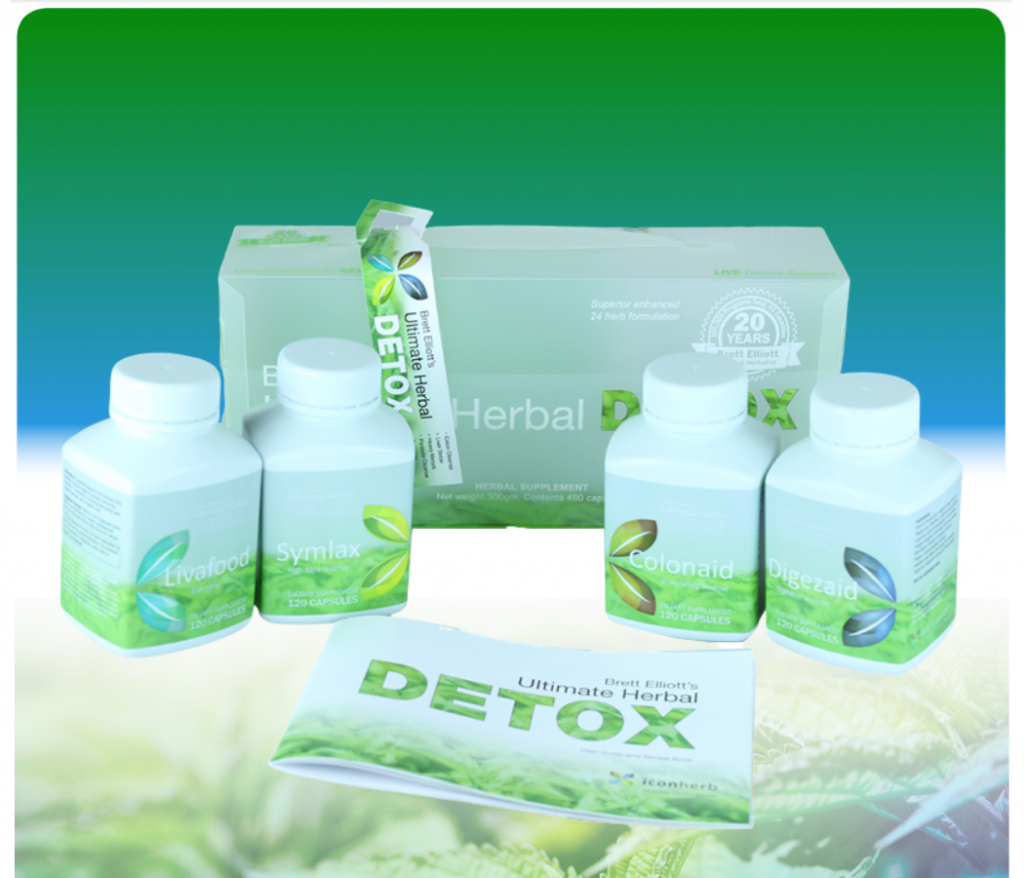 (3) Effect of Vegetarian Diets on Performance in Strength Sports http://www.sportsci.org/jour/0201/cf-e.htm

(4) Pubmed Vegetarian diets: what do we know of their effects on common chronic diseases? http://www.ncbi.nlm.nih.gov/pmc/articles/PMC2677008/

(5) Position of the American Dietetic Association and Dietitians of Canada: Vegetarian diets http://www.andjrnl.org/article/S0002-8223(03)00294-3/abstract

(6) Comparisons of vegetarian and beef-containing diets on hematological indexes and iron stores during a period of resistive training in older men. http://www.ncbi.nlm.nih.gov/pmc/articles/PMC2495081/

(7) Meat consumption and mortality–results from the European Prospective Investigation into Cancer and Nutrition. PUBMED https://www.ncbi.nlm.nih.gov/pubmed/23497300

(8) Carcinogenicity of consumption of red and processed meat. PUBMED https://www.ncbi.nlm.nih.gov/pubmed/26514947

(9) Meat consumption and mortality – results from the European Prospective Investigation into Cancer and Nutrition. PUBMED https://www.ncbi.nlm.nih.gov/pmc/articles/PMC3599112/

(17) Dietary Risk Factors for the Development of Inflammatory Polyarthritis: Evidence for a Role of High Level of Red Meat Consumption. PubMed https://pubmed.ncbi.nlm.nih.gov/15593211/

(18) Food Sources of Protein and Risk of Incident Gout in the Singapore Chinese Health Study. https://www.ncbi.nlm.nih.gov/pmc/articles/PMC4939435/