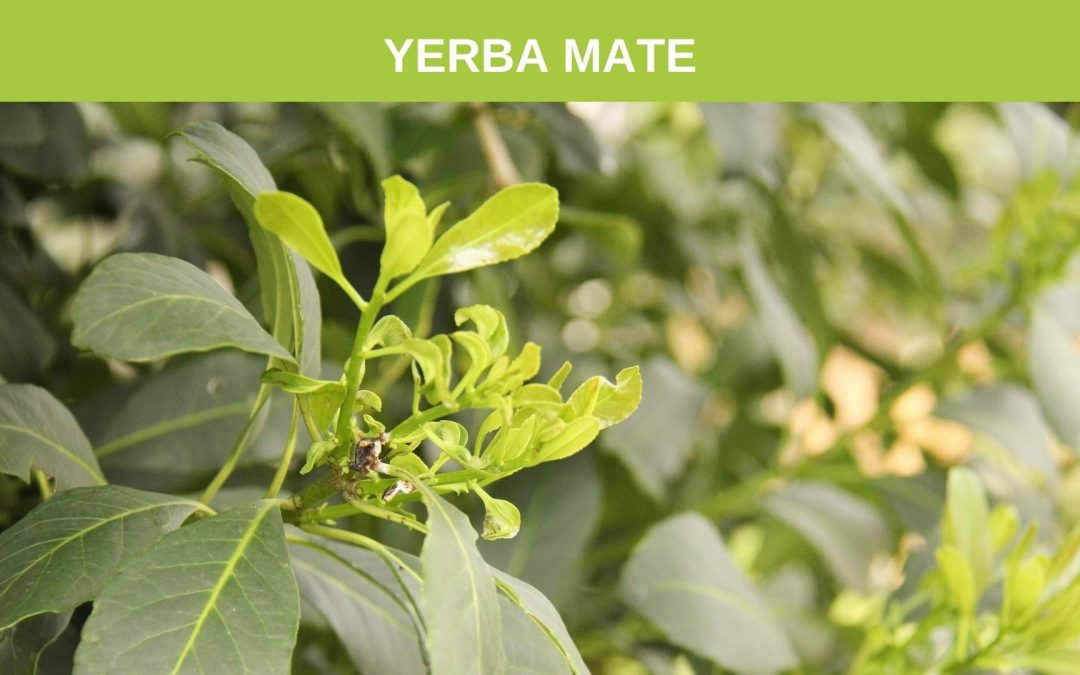 Yerba Maté (YM), the plant Ilex paraguariensis, is traditionally consumed in many South American regions, but its popularity is increasing in North America, Europe, and other regions worldwide.

The dried leaves of the plant Ilex paraguariensis, is currently consumed by over 1 million people worldwide, traditionally in many South American countries including Argentina, Brazil, Uruguay, Paraguay. More recently, Yerba Mate tea has been consumed in North America and Europe. Yerba Mate beverages are reported to have biological activities, probably due to their high polyphenol content. Phenolic compounds have long been known to possess biological functions. In addition to polyphenols such as flavonoids (quercetin and rutin) and phenolic acids (chlorogenic and caffeic acids), Yerba Mate is also rich in caffeine and saponins. Yerba Mate extracts are especially rich in chlorogenic acids that might contribute to hypocholesterolemic and weight loss effects. (3)

A trend towards increased satiety, reduced hunger, and improved mood state has also been found in human participants who ingested Yerba Maté.

YM also has powerful protective properties. The results of one study using the extract of yerba mate, which was prepared in the form usually ingested by the population, were superior to those obtained with all other beverages. In addition, yerba mate presented the greatest concentration of polyphenols, followed by red wine and green tea. (2)

Leptin
Leptin exerts its effect on the energy balance primarily by acting in the brain. Insulin and BMI are directly related to leptin, which acts directly or by activating specific centers in the hypothalamus to decrease food intake, increase energy expenditure, regulate glucose and fat metabolism, or to change neuroendocrine function. (2) After feeding mice Yerba Mate for 4 weeks, it was observed a decrease in total cholesterol, leptin levels and blood glucose ultimately led to reducing their body weight. (3)

(2) Effect of yerba mate and green tea on paraoxonase and leptin levels in patients affected by overweight or obesity and dyslipidemia: a randomized clinical trial. PUBMED https://www.ncbi.nlm.nih.gov/pmc/articles/PMC6339368/