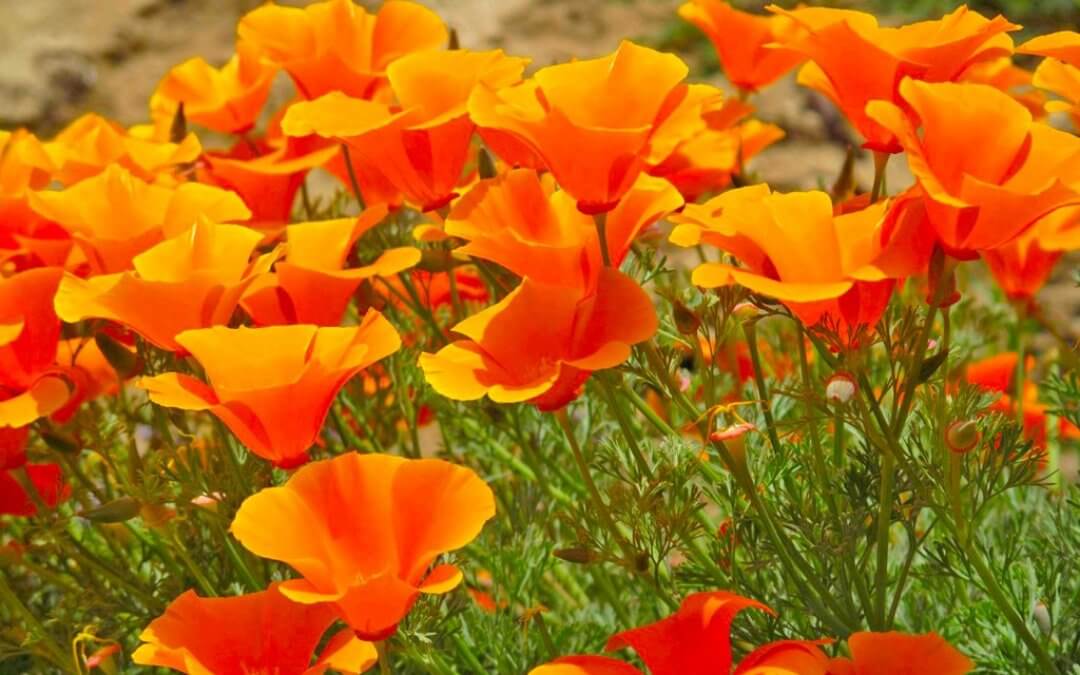 Eschscholzia californica (California poppy, golden poppy, California sunlight, cup of gold) is a species of flowering plant in the Papaveraceae family, native to the United States and Mexico. It is an ornamental plant flowering in summer, with showy cup-shaped flowers in brilliant shades of red, orange and yellow (occasionally pink). It is also used as food or a garnish. It became the official state flower of California in 1903.

Eschsholzia californica is a traditional medicinal plant of the Indians used by the rural population of California for its analgesic and sedative properties. (2)

The effects of California poppy have been traditionally assigned to protopine and allocryptopine. Both alkaloids act as weak stimulators of the binding of GABAA receptor agonists in the rat brain, as anti-inflammatory agents and as acetylcholinesterase inhibitors. Another aporphine alkaloid isolated from this plant, namely, N-methyllaurotetanine (NMT), was reported to act as antagonist at the serotonin 5HT1AR receptor. Protopine and allocryptopine were also found to block human serotonin and noradrenaline transporters (hSERT and NERT) and possess antidepressant-like effects on animal models. (1) 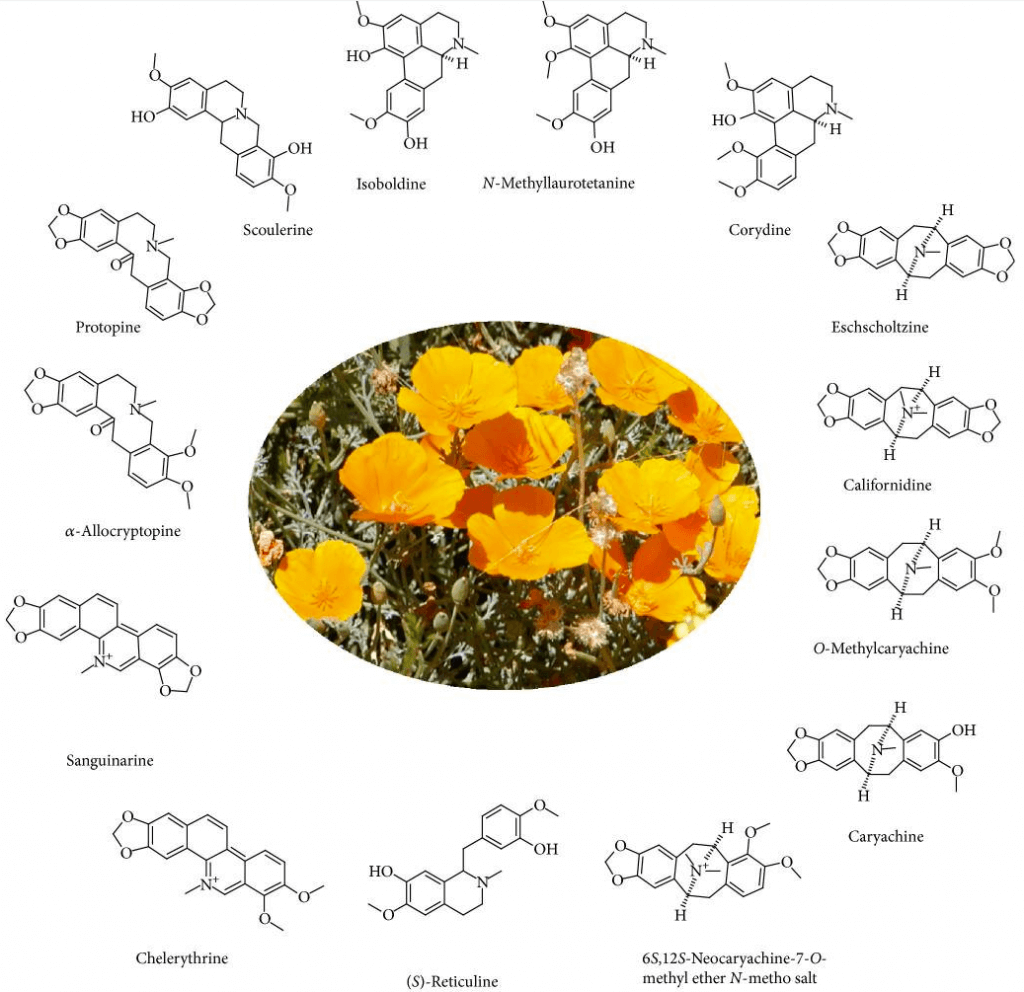 It is believed that mild sedative and antinociceptive properties of dry aerial parts of E. californica may be assigned to binding of morphine (and/or other alkaloids) at the μ-opioid receptors. (1)