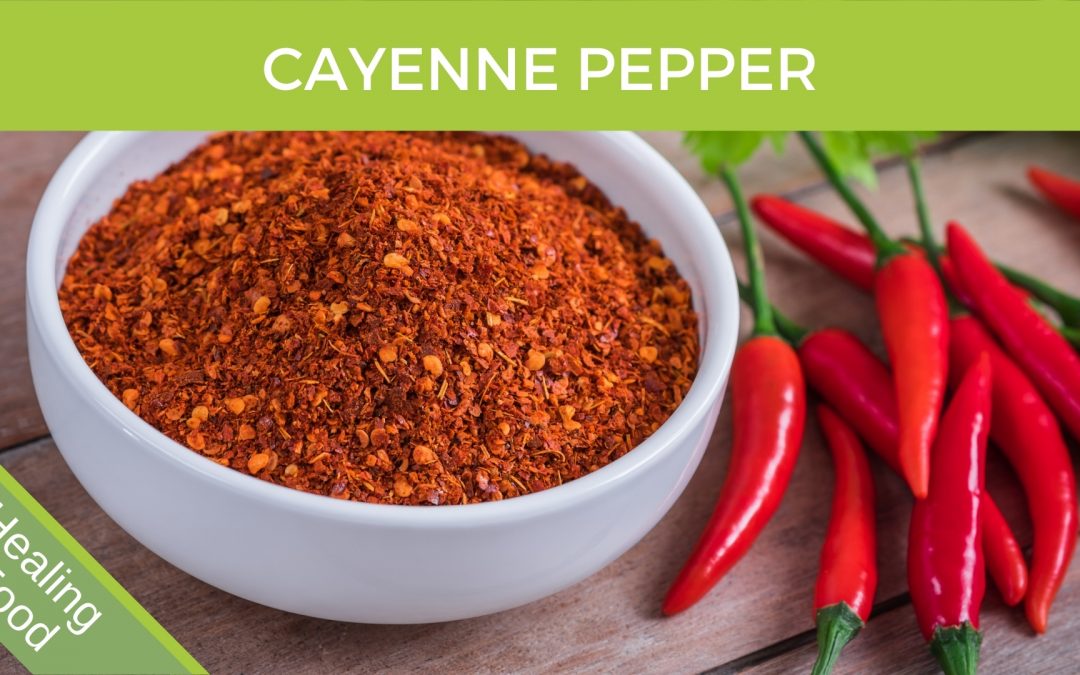 Capsicum annuum is an annual or biennial plant producing the spicy fruit commonly known as Cayenne Pepper or Chili. In-fact Chili is the Aztec name for cayenne pepper. It has been used by Native Americans as food and medicine for at least nine thousand years. Based on archeological evidence, its cultivation in Mexico is believed to have begun around seven thousand years ago. (4)

Native to tropical America and now cultivated worldwide in tropical and subtropical zones (1). The degree of pungency, calculated in heat units, of dried Capsicum or the extract, determines its value (2). Traded material mainly comes from Africa, China, and India (3).

Traditional Uses
Cayenne was introduced into traditional Indian Ayurvedic medicine as well as traditional Chinese, Japanese, and Korean medicines, respectively. In traditional Chinese medicine, cayenne is considered to have digestive stimulant action and is sometimes used to cause diaphoresis (5). In China and Japan, the tincture is used as an ointment externally to treat muscle pain and frostbite (6).

Metabolic boosting – Capsaicin, the phytochemical responsible for the spiciness of peppers, has the potential to modulate metabolism via activation of transient receptor potential vanilloid 1 (TRPV1) receptors, which are found not only on nociceptive sensory neurons but also in a range of other tissues. Clinically, ingestion of capsaicin-or its less stable non-pungent analog capsiate-has been shown to boost metabolic rate modestly. (16)

Side Effects
In rare cases, hypersensitivity reaction may occur (urticaria).

Products:
Cayenne can be found in the following Ultimate Herbal Health products:

(2) Wood, A.B. 1987. Determination of the pungent principles of chilies and ginger by reversed-phase high-performance liquid chromatography with use of a single standard substance. Flavour Fragrance J 2:112.

(14) Capsaicinoids and capsinoids. A potential role for weight management? A systematic review of the evidence. http://www.ncbi.nlm.nih.gov/pubmed/22634197

(16) Capsaicin may have important potential for promoting vascular and metabolic health. http://www.ncbi.nlm.nih.gov/pubmed/26113985