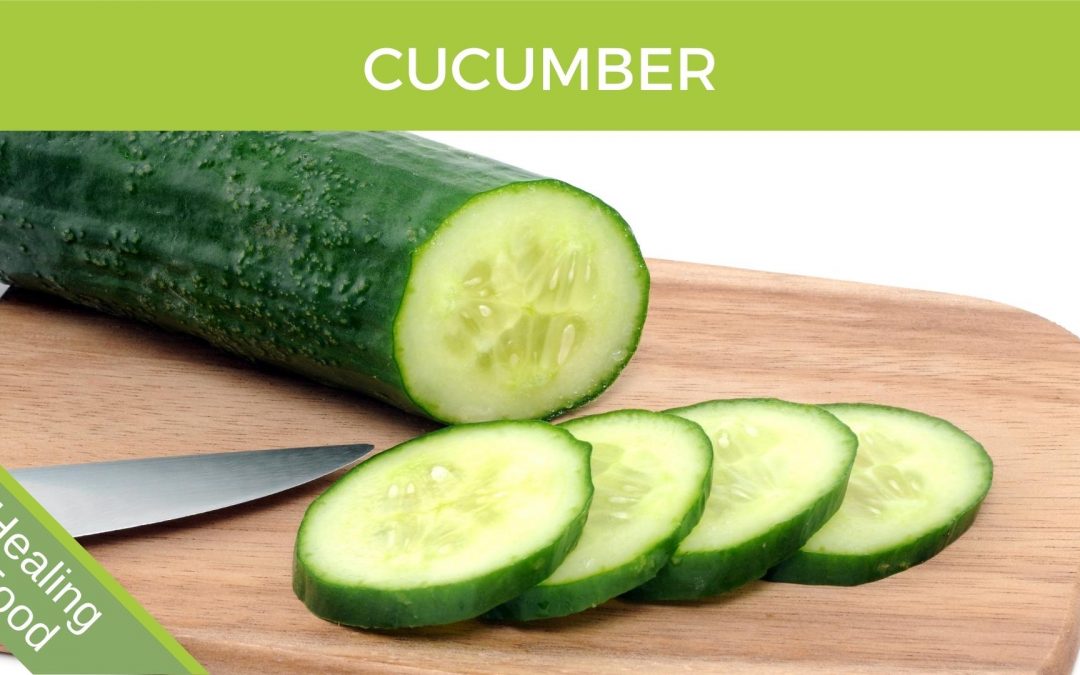 ‘Cool as a cucumber’ often means a person who is relaxed, laid back and un-phased by the stresses of life. Wouldn’t that be a good place to be?

If only the constant bombardment and attack of daily life was as water off a duck’s back.

Maybe the cool cucumber could actually play that role after all.

One study showed that cucumber has antiaging, antioxidant effects. Hemolysis (blood cell death) was significantly reduced in both groups and the DNA injury rate of blood cells also declined significantly after using cucumber. (1)

The consumption of Cucumber seed extract with a daily dose of 500 mg results in desirable effects on serum lipid profile in adult high cholesterol patients. Therefore, cucumber seed could be considered as a food supplement for the treatment of dyslipidemia. (3)

Another study concluded that Cucumber has protective effects in diabetes complications and can be considered a safe and suitable candidate for decreasing the oxidative stress that is typically observed in diabetes mellitus. (4)

Anti-aging, blood protection, cholesterol and blood sugar lowering all sounds pretty cool. Many of the antioxidant benefits are found in the cucumber skin, so it’s better to chop the cucumber into your salad with the skin on.