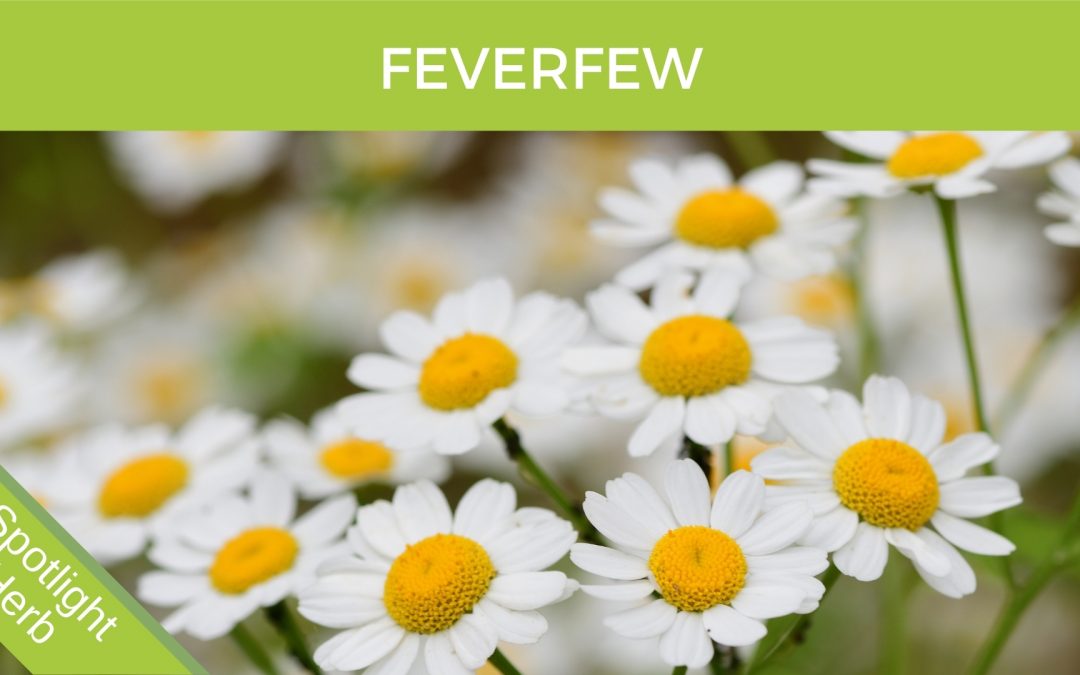 This incredible herb is one you can grow easily in your courtyard herb garden. You can pick a leaf each day and chew it for headache prevention giving results over the long term. Bitter but powerful and worth the short burst of intense flavour.

Description
​Feverfew (Tanacetum parthenium) is a member of the sunflower family and is widely cultivated in large regions of the world. Its importance as a medicinal plant is growing substantially with increasing and stronger reports in support of its therapeutic uses. Native to the Balkan Peninsula, feverfew is now found in Australia, Europe, China, Japan, and North Africa. In the mid-19th century, feverfew was introduced in the United States. The plant grows along roadsides, fields, waste areas, and along the borders of woods (1)

The plant is covered by flowers reminiscent of daisies and grows into a small bush up to around 46 cm (18 in) high with citrus-scented leaves. It spreads rapidly, and it will cover a wide area after a few years. The species grows to up to 60 cm high. (2) 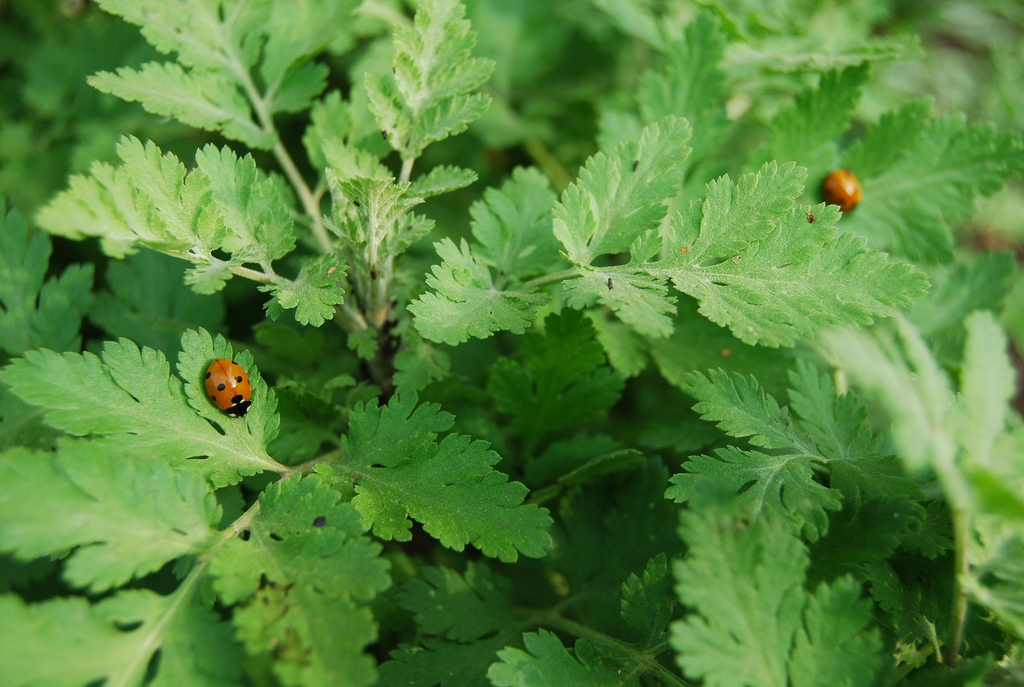 Traditional Use
Feverfew is a traditional medicinal herb that is commonly used to prevent migraine headaches. It is a medicinal plant traditionally used for the treatment of fevers, migraine headaches, rheumatoid arthritis, stomach aches, toothaches, insect bites, infertility, and problems with menstruation and labor during childbirth. The feverfew herb has a long history of use in traditional and folk medicine, especially among Greek and early European herbalists. Feverfew has also been used for psoriasis allergies, asthma, tinnitus, dizziness, nausea, and vomiting. (1) Is also employed in hysterical complaints, nervousness, and lowness of spirits, and is a general tonic. The cold-infusion is made from 1 OZ. of the herb to a pint of boiling water, allowed to cool, and taken frequently in doses of half a teacupful. A decoction with sugar or honey is said to be good for coughs, wheezing and difficulty breathing. The herb, bruised and heated, or fried with a little wine and oil, has been employed as a warm external application for wind and colic. (5)

Active Constituents
The plant contains a large number of natural products, but the active principles probably include one or more of the sesquiterpene lactones known to be present, including parthenolide. Other potentially active constituents include flavonoid glycosides and pinenes. (1)

Pharmacology
It has multiple pharmacologic properties, such as anticancer, anti-inflammatory, cardiotonic, antispasmodic, an emmenagogue, and as an enema for worms. In this review, we have explored the various dimensions of the feverfew plant and compiled its vast pharmacologic applications to comprehend and synthesize the subject of its potential image of a multipurpose medicinal agent. (1)

Clinical Studies
A survey of 270 people with migraines in Great Britain found that more than 70% of them felt much better after taking an average of 2 to 3 fresh feverfew leaves daily. Several human studies have used feverfew to prevent and treat migraines. Overall, these studies suggest that taking dried leaf capsules of feverfew every day may reduce the number of migraines in people who have chronic migraines. (3)

Another study observed 17 patients who ate fresh leaves of feverfew daily as prophylaxis against migraine participated in a double-blind placebo-controlled trial of the herb: eight patients received capsules containing freeze-dried feverfew powder and nine placeboes. Those who received a placebo had a significant increase in the frequency and severity of headache, nausea, and vomiting with the emergence of untoward effects during the early months of treatment. The group given capsules of feverfew showed no change in the frequency or severity of symptoms of migraine. This provides evidence that feverfew taken prophylactically prevents attacks of migraine. (4)

I grow a Feverfew plant in my herb garden and chew a leaf whenever I think of it. I think occasional use is good over the long-term as a preventative but it can also be used on the spot when you are experiencing a headache, especially during your Herbal Detox program.

Side effects
Long-term use of feverfew followed by abrupt discontinuation may induce a withdrawal syndrome featuring rebound headaches and muscle and joint pains. (2)

Toxicity
No studies of chronic toxicity have been performed on the plant and the safety of long-term use has not been established.
Pregnant women should not use the plant because the leaves have been shown to possess potential emmenagogue activity.

​(4) British Journal of Medicine. Efficacy Of Feverfew As Prophylactic Treatment Of Migraine http://www.jstor.org/stable/29520398?seq=1#page_scan_tab_contents