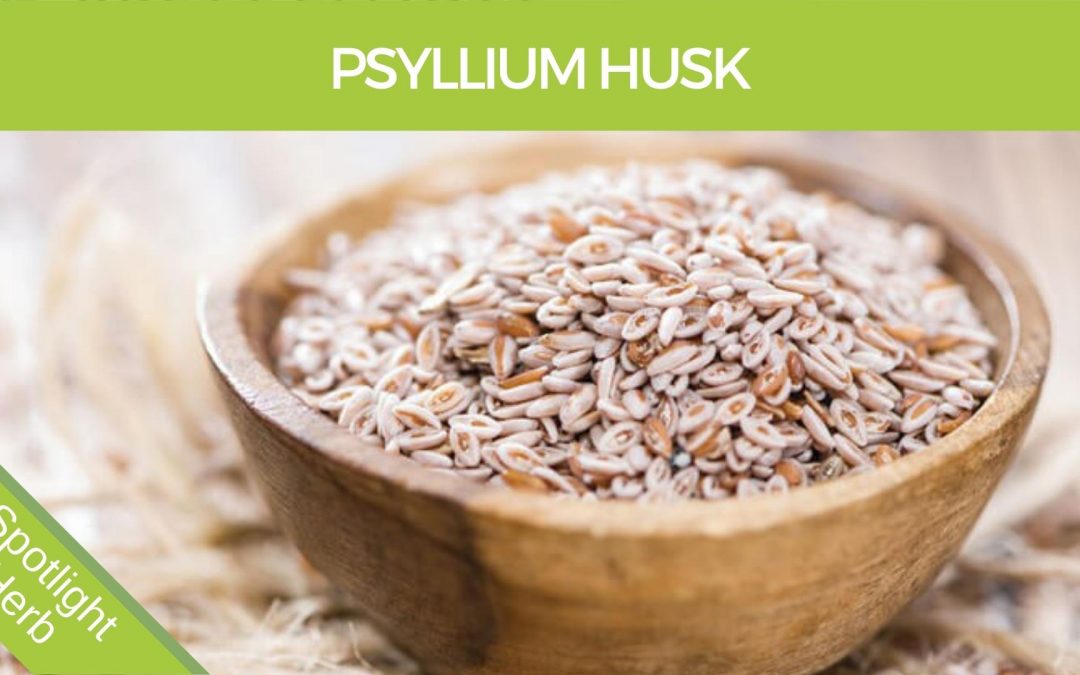 Psyllium seed husks are soluble dietary fiber and are widely used as a bowel cleansing supplement for the treatment of constipation. Psyllium husk contains a high proportion of hemicellulose composed of a xylan backbone linked with arabinose, rhamnose, and galacturonic acid units (arabinoxylans). The seed consists of 35% water-soluble and 65% insoluble polysaccharides

Since both the psyllium husk and psyllium seed contain a high proportion of cellulose, they are not digested in the small intestine but are partially broken down in the colon.

Relieve Constipation
Psyllium is classified as a mucilaginous fiber due to its powerful ability to form a gel in water. This bulking fiber acts as a sponge, absorbing water and waste material in the bowels. Psyllium husks significantly increase the level of stool moisture and both wet/ dry stool weight, this is why it has such great effect at relieving constipation and improving bowel health.

This increase in bowel motions helps to clear toxins, preventing them from staying  too long in the colon. Psyllium is excellent as a bowel cleanser.

Bowel cancer is also New Zealand’s second most deadly cancer. Currently, New Zealanders diagnosed with bowel cancer have only a 55% chance of surviving more than five years. Colon cancer is not just a New Zealand problem but a global one.

NZ, however, does have the lowest percentage of surgically curable localized colon cancer at (28%) when compared with Australia (New South Wales) (34%), United Kingdom (42%), American (SEER-9) (40%) and Hong Kong (35%) data. 20% of the disease at diagnosis in NZ is metastatic. The problem with colon cancer is that it often goes undetected for too long and has already spread (metastasized) by the time it is detected.

This is why it is so important to look after your colon health. A regular colon cleanse or annual 2-week detox diet is recommended.  Prevention is always a better option than a cure.

Lower Cholesterol
Psyllium also helps to lower cholesterol, although the exact mechanism by which psyllium husk can reduce cholesterol is not totally clear. Animal studies have shown psyllium increases the activity of cholesterol 7 alpha-hydroxylase (the rate-limiting enzyme in bile acid synthesis also referred to as cytochrome 7A [CYP7A]) more than twice that of cellulose or oat bran. A four-month study of 12 elderly patients showed psyllium husk reduced total serum cholesterol by 20 percent. This may explain why products such as colon cleansing programs that contain psyllium often seem to lower cholesterol as a side benefit.

In one study Fifty-four of 62 patients enrolled in the study completed the study protocol with 4 subjects discontinuing due to adverse reactions associated with psyllium husks. Total cholesterol was significantly decreased from 252+/-39mg/dl before treatment to 239+/-37mg/dl after 3 weeks of treatment. (3)

Incontinence
Because of its ability to retain water, studies have shown psyllium has also been shown to benefit individuals with fecal incontinence. Psyllium showed approximately a 50-percent decrease in the occurrence of incontinent stools.

Side effects
Psyllium husks are very safe and are used by millions of people throughout the world as a natural alternative to some habit-forming laxatives. No adverse effects of supplementation with either psyllium seed or husk have been noted in any clinical studies found.

Scientific evidence
One study demonstrated that Psyllium husk has a gut-stimulatory effect, mediated partially by muscarinic and 5-HT(4) receptor activation, which may complement the laxative effect of its fiber content. (1)

A double-blind trial of an Aloe vera and Psyllium laxative preparation in adult patients with constipation. (2)

Psyllium is the most commonly used bulking agent in Canada. In placebo-control trials, psyllium has been shown to decrease stool transit time, and improve stool frequency, consistency and weight. (4)

(1) Pharmacological basis for the medicinal use of psyllium husk (Ispaghula) in constipation and diarrhea. PUBMED http://www.ncbi.nlm.nih.gov/pubmed/21082352

(2) A double-blind trial of a celandin, aloevera and psyllium laxative preparation in adult patients with constipation. http://www.ncbi.nlm.nih.gov/pubmed/1800188

(4) Mechanisms of constipation in older persons and effects of fiber compared with placebo. PUBMED https://www.ncbi.nlm.nih.gov/pubmed/7775727/