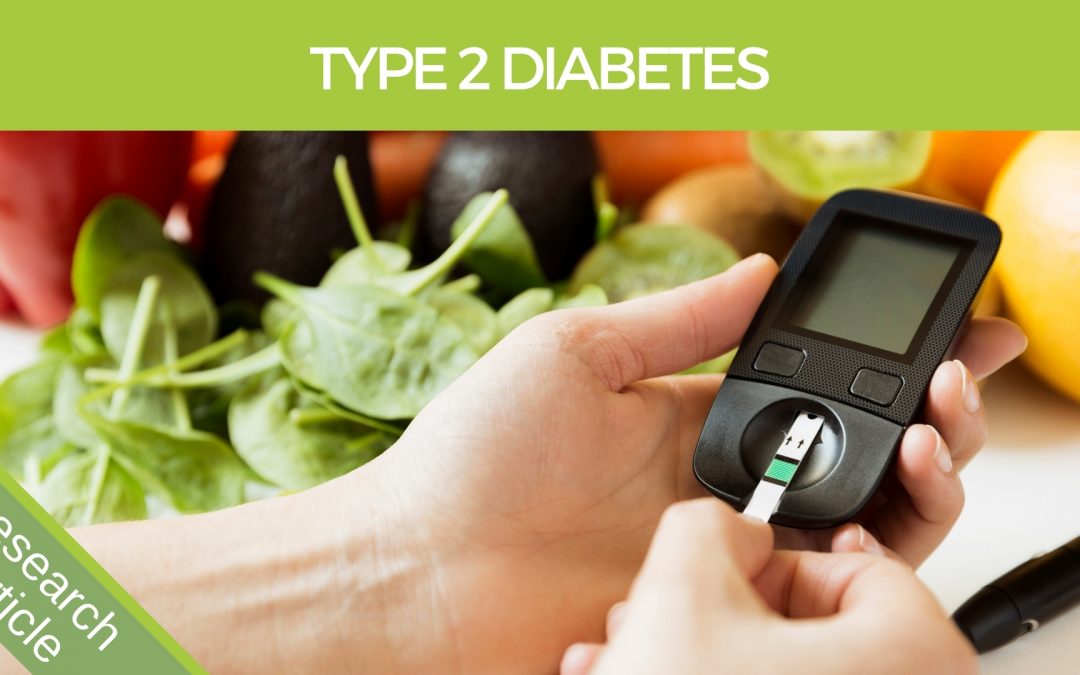 I hope I can help you with some new information today, so you can take control of your blood sugar. I have seen many people achieve great results with my program and I hope you can do the same.

When discussing type 2 diabetes we must look at the signs and symptoms of diabetes type 2, possible preventative methods, and the foods and herbs you can use to reverse progression and get it under control.

Glycemic index is also a factor but is discussed in a separate article. Diabetes is the more prevalent and life-threatening condition, therefore, it is the main focus of this article.

The Epidemic of the Century

According to the World Journal of Diabetes, we are facing the epidemic of the century. The Western Pacific region has the highest number of adults diagnosed with diabetes and has countries with the highest prevalence of diabetes now at 37.5%. (4)

In November 2015 it was announced in New Zealand that 1 in 4 people have pre-diabetes. (1)

Starting with the Ultimate Herbal DETOX is a great way to start the process of healing pre-diabetes and type 2 diabetes. We get reports all the time from people that our program helps balance blood sugar.

For more information about diabetes and for many tips and advice, please read on.

Diabetes mellitus is an inability to metabolize carbohydrates resulting from inadequate insulin production or utilization.  There are two types of diabetes mellitus, type 1 and type 2. This article concentrates on type 2 diabetes which has also been called adult-onset diabetes or non-insulin-dependent diabetes. Type 2 diabetes can also affect children.

With type 2 diabetes, the pancreas often makes enough insulin but the body has trouble using it. This has been called insulin resistance as it appears the body has become desensitized to the effects of insulin. This is probably the result of long-term high sugar intake and explains why adult-onset is most common. Years of processed sugar and high GI foods bombard the body with un-naturally high amounts of simple glucose.

Type 2 diabetes is part of the condition called metabolic syndrome or metabolic disease which affects 25% of the world’s population.

The good news is that Type 2 diabetes frequently responds well to natural therapies. 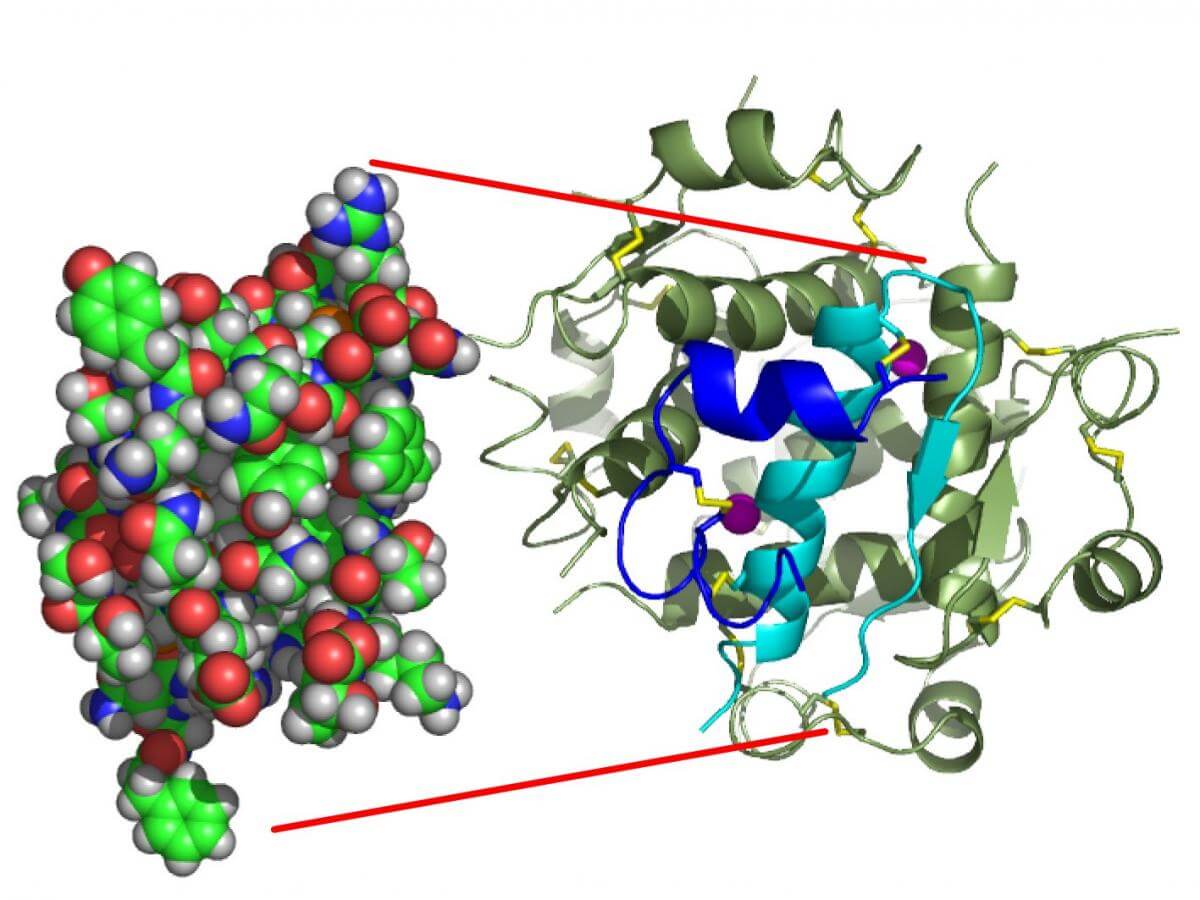 See two models of insulin above. On the left is the space-saving model and on the right is a ribbon model.

Diabetes is a significant cause of ill health and premature death in the United States and New Zealand. It affects about 200,000 people in New Zealand but only half of these people have been diagnosed. The prevalence of diabetes across the population of New Zealand is currently estimated at around 4 percent. (1) In the United States, people aged 20 years or older with diabetes total 25.6 million or 11.3 percent of people aged 65 years or older there is 10.9 million or 26.9 percent. (2)

People with diabetes cannot properly process glucose, a sugar the body uses for energy. As a result, glucose stays in the blood causing blood glucose to rise, however, the cells of the body are starved for glucose. People with diabetes are at high risk of heart disease, atherosclerosis, cataracts, retinopathy, stroke, poor wound healing, infections, and damage to the kidneys and nerves. In addition, those with diabetes have a higher mortality rate if they also have high homocysteine levels. This is often a result of eating too much red meat. (3)

Common signs and symptoms of diabetes include:

Eating carbohydrate-containing foods temporarily raises blood sugar and insulin levels.  The blood sugar-raising effect of a food called its “glycemic index,” depends on how rapidly its carbohydrate is absorbed. Many starchy foods have a glycaemic index similar to table sugar (sucrose) and those eating large amounts of foods with high glycaemic indexes are at an increased risk of developing type 2 diabetes. On the other hand, eating a diet high in carbohydrate-rich foods with low glycaemic indexes (eg. beans, peas, fruit, and oats) is associated with a low risk of diabetes type 2. A high-fiber diet is also important in controlling diabetes and blood sugar levels.

High-fiber supplements, such as psyllium, guar gum, pectin (from fruit), and oat bran have improved glucose tolerance in studies. Positive results have also been reported with the consumption of powdered fenugreek seeds every day. The focus should be placed on fruits, vegetables, seeds, oats, and whole-grain products.

Eating fish has shown protection from diabetes. Incorporating fish into a weight-loss regimen is very effective at improving glucose and insulin metabolism and high cholesterol.

Vegetarians are reported to have a low risk of type 2 diabetes. People with diabetes who switch to a vegan diet (no meat, dairy, or eggs) have reported a vast improvement in their condition after only days. Vegetarians also eat less protein than meat-eaters. Reducing protein in the diet reduces kidney damage caused by diabetes and also improves glucose tolerance.

Observational studies show that the prevalence of type 2 diabetes is 1.6 to 2 times lower in vegetarians than in the general population, even after adjustment for differences in body mass index (BMI). Clinical interventional trials demonstrated that vegetarian diets lead to greater weight loss and greater reduction in fasting plasma glucose. (19)

Read more about the Benefits of a Vegetarian Diet

Diets high in fat, especially saturated fat, worsen glucose tolerance and increase the risk of type 2 diabetes.  Saturated fat is found primarily in meat, dairy fat, and the dark meat and skins of poultry. In contrast, glucose intolerance has been improved by diets high in monounsaturated oils. The best way to incorporate mono-unsaturates into the diet is to use extra virgin olive oil and flaxseed oil which have high antioxidant values.

Whole, fried slices, water extracts, and juice of bitter melon have been shown to improve blood sugar control in people with type 2 diabetes, according to preliminary trials. It contains substances with anti-diabetic properties such as charantin, vicine, and polypeptide-p, as well as other unspecific bioactive components such as antioxidants. Metabolic and hypoglycemic effects of bitter gourd extracts have been demonstrated in cell culture, animal, and human studies. (17)

Those who suffer from hypoglycemia usually improve when they adopt a similar diet as the above for diabetes, eg. eliminate refined sugars, and alcohol, eat foods high in fiber (such as whole grains, fruits, vegetables, legumes, and nuts) and eat small, frequent meals.  Even modest amounts of caffeine may increase symptoms of hypoglycemia. For this reason, caffeinated beverages (such as coffee, tea, and some soda pop) should be avoided.

Even if you are experiencing the signs of diabetes type 2 it is worth looking at trying diabetic recipes in order to prevent the onset or just to generally help yourself to feel better.

The majority of people with diabetes type 2 are overweight. The excess abdominal weight does not stop insulin formation but it does make the body less sensitive to insulin. Type 2 diabetes improves with weight loss programs.

Exercise helps decrease body fat and improve insulin sensitivity. People who exercise are less likely to develop type 2 diabetes than those who do not. However, people with diabetes should never begin an intensive exercise program without consulting a healthcare professional.

Simply going for a 20-minute walk 2-3 times a week will be a great start. It is just a matter of getting the muscles to burn energy and that will trigger the movement of blood sugar and increase the insulin response. Building your exercise program up slowly into more cardiovascular exercise is a good idea. Using your limbs is very important, so rowing, cycling, or working out on a piece of gym equipment will assist greatly.

Just remember to start slowly and build up gradually.

A variety of vitamins, minerals, amino acids, and other supplements are known to help with symptoms and deficiencies associated with diabetes and hypoglycemia.

Improved glucose tolerance with lower or similar levels of insulin has been reported in more than ten trials of chromium supplementation in people with varying degrees of glucose intolerance. Chromium polynicotinate supplements increase sensitivity to insulin and therefore combat the onset of diabetes.

The beneficial effects of chromium, together with its wide safety profile, may justify its use as an adjunct therapy in the management of insulin resistance and type-2 diabetes. (12)

People with type 2 diabetes tend to have low magnesium levels and its supplementation improves insulin production.  The American Diabetes Association acknowledges strong associations between magnesium deficiency and insulin resistance. One study showed Magnesium intake may be particularly beneficial in offsetting the risk of developing diabetes among those at high risk. (13)

Alpha-lipoic acid, Vitamin E, Vitamin C, Vitamin B6, B12, Biotin, Coenzyme Q10, Zinc, and Fish oil are also very important nutrients in the prevention and treatment of Diabetes so a multivitamin would be helpful. 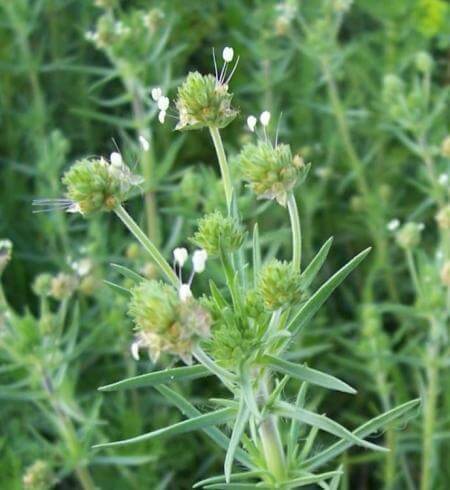 Several herbs are also known to help to manage the symptoms associated with diabetes, including the control of blood sugar levels.

One study provided experimental evidence for the herbal plant, Gymnema Sylvestre, in the prevention and curing of induced diabetes without any side effects. (14)

Artemisia species are aromatic plants exploited for their volatile oil and many of them are used all over the world in traditional medicine in order to treat conditions such as fever, malaria, inflammation, ulcer, diabetes, and intestinal worms. (5) Some impressive hypoglycemic effects have been observed in the wormwood genus of plants. (6)

Supplementing with psyllium has been shown to be a safe and well-tolerated way to improve control of blood glucose and cholesterol. In a double-blind trial, men with type 2 diabetes who took 5.1 grams of psyllium per day for eight weeks lowered their blood glucose levels by 11 to 19.2%, their total cholesterol by 8.9%, and their LDL (bad) cholesterol by 13%, compared with a placebo. (18)

Study results obtained indicate a beneficial therapeutic effect of psyllium in the metabolic control of type 2 diabetics as well as in lowering the risk of coronary heart disease. (16)

It has been reported that Aloe vera gel and its derived phytosterols have a long-term blood glucose level control effect and would be useful for the treatment of type 2 diabetes mellitus. Aloe vera can lower not only the glucose but also the triglycerides level which are often high in diabetic patients. (7)

Another study showed that supplementation of Aloe vera L. gel powder along with nutrition counseling significantly reduced blood glucose levels and blood pressure along with an improvement in lipid profile in the non-insulin-dependent diabetics. (8)

Data from one study suggests that ginger and garlic are insulinotropic (9) rather than hypoglycemic while overall anti-diabetic effects of ginger are better than those of garlic, at least in this experimental condition. Much better anti-diabetic effects of ginger and garlic may be obtained when feeding is with a normal rather than a high fat-containing diet. (10)

Regarding negligible side effects of ginger, it may be a good remedy for diabetic patients to diminish the risk of some secondary chronic complications. (11)

Starting with the Ultimate Herbal DETOX is a great way to start the process of healing type 2 diabetes. This program contains Psyllium, Wormwood, Aloe Vera, Ginger and suggests a diet high in the other herbs mentioned above.

Follow this plan for 14 days, then again for 30 days. To achieve long-term results the dietary advice should be followed for up to 6 months.

Specific products that aid in the regulation of blood sugar and weight loss include Satisfed, the Ultimate Herbal SLIM, and BodiTune DETOX ‘n SLIM protein drink. They contain therapeutic amounts of Gymnema and Chromium along with Psyllium and other fiber. The blood sugar balancing effects of these products have been very successful especially when the program is followed for the long term.

(4) Diabetes mellitus: The epidemic of the century PubMed http://www.ncbi.nlm.nih.gov/pmc/articles/PMC4478580/

(6) Hypoglycemic properties of some preparations and compounds from Artemisia ludoviciana Nutt. PUBMED https://www.ncbi.nlm.nih.gov/pubmed/24892833/

(19) Vegetarian Diets in the Prevention and Treatment of Type 2 Diabetes. PUBMED https://www.ncbi.nlm.nih.gov/pubmed/25915002