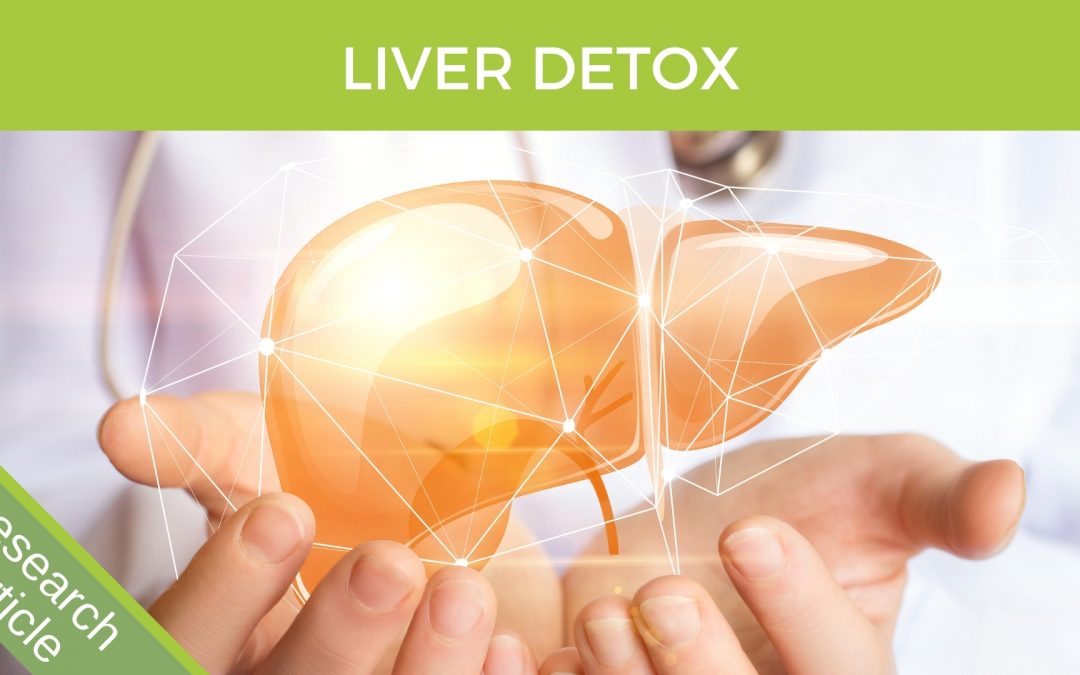 Let’s talk about your Liver function!

This John Hopkins article is a classic example

This is true in a sense, but what we often fail to understand is that the Liver can become overloaded and poisoned with the very toxins it’s meant to process and start to break down, become diseased and even fail completely.

This short video explains it very well, but you might need to pause it in places if you want to read the research snippets.

Detox supplements that address the entire digestive system indirectly support the Liver. By clearing undigested, built-up matter from the colon, an Ultimate Herbal Detox program with a high dose of herbs will reduce the amount of re-circulating waste substances straining the Liver. Our Ultimate Herbal Detox program has a specific range of herbs designed to specifically detox your Liver.

Liver disease is one of the major causes of morbidity and mortality across the world. According to the World Health Organization estimates, about 500 million people are living with chronic hepatitis infections resulting in the death of over one million people annually. Medicinal plants serve as a vital source of potentially useful new compounds for the development of effective therapy to combat Liver problems. (1)

What does your Liver do?

Weighing in at 1.5 kilos your Liver is the largest organ of your body. It is like a busy chemical-processing factory that performs over 500 functions for the body.

The healthy functioning of your Liver is vital to the continued life of your physical body.

The Liver is responsible for over 250 functions including:

The list goes on and truly testifies to the benefits of maintaining a healthy Liver.

The power of your Liver to regenerate is incredible. Even after 2/3 of a human Liver is removed it can grow back very quickly. Normal liver weight is reestablished within 8–15 days in humans. (19) 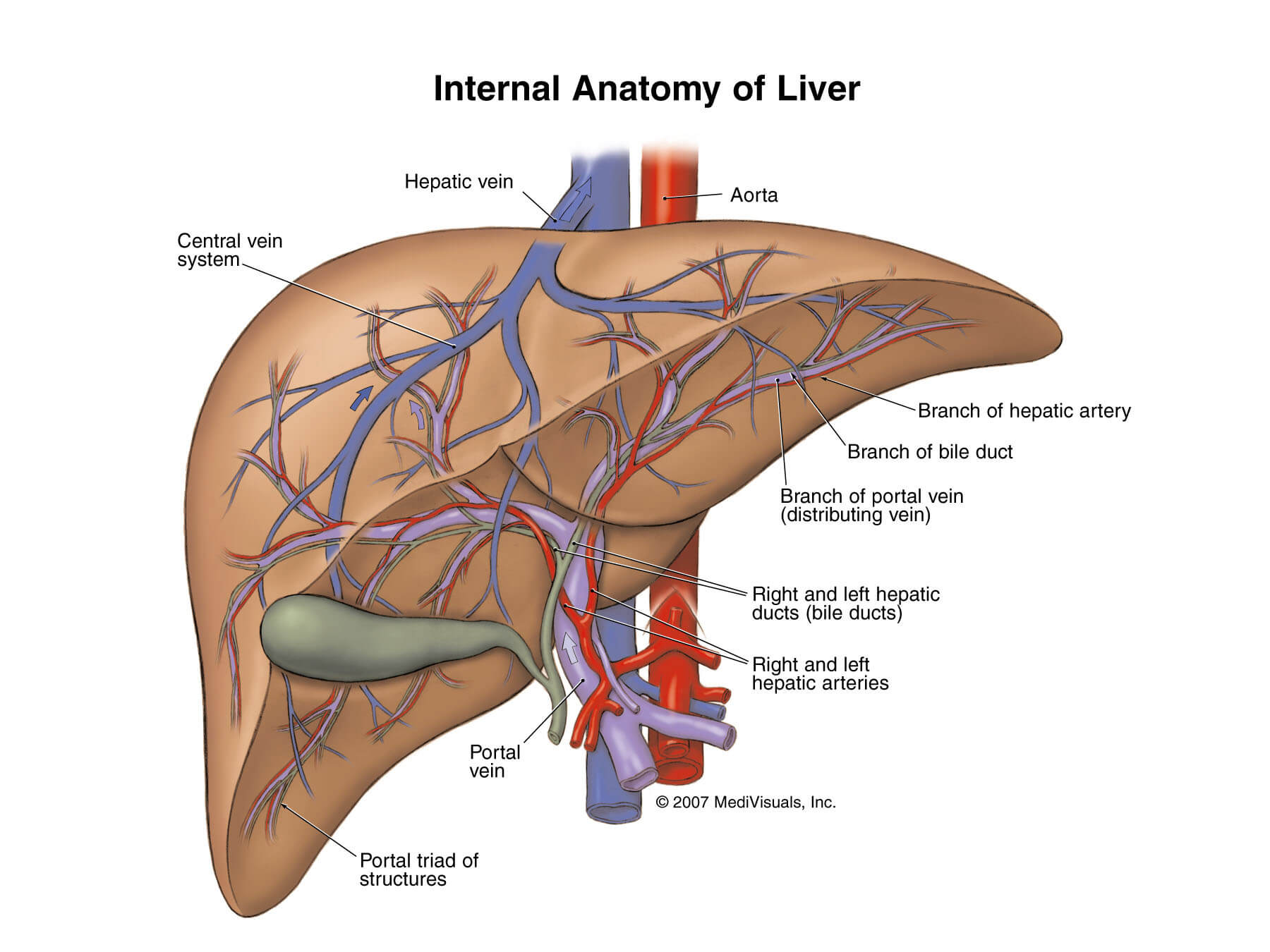 Benefits of a Healthy Liver

There is much you can do to improve your health, simply by giving a little TLC to your Liver.

If you have high cholesterol, then rather than taking a harmful statin drug, nurture your Liver! For a sluggish bowel, acne, poor immune system, bloating, or menopause supporting Liver function is key.

How about your immune system?

Let’s say you eat a healthy balanced diet with only occasional alcohol but suffer from frequent chest infections, headaches, or skin irritations.

Nothing to do with your Liver you think, until you connect to dots. You stay up too late at night then perhaps wake in the middle of the night. This is the time your Liver is the most active, dumping toxins and producing such things as natural killer cells for your immune system. However, an active liver requires you to be resting at this particular time so it can get to work.

If you wake during the nights sweating or feeling uncomfortable, tossing and turning, or getting hot feet then these are signs pointing to a disturbed Liver function.

Hepatitis, an inflammatory disease of the liver, is commonly caused by drug intoxication or viral infection, with the latter being classified into types A, B, C, D, and E. According to the World Health Organization, 2 billion people worldwide have been infected by the hepatitis B virus (HBV), and among them, 350–400 million are chronic HBV carriers, and about 1 million deaths are caused by HBV infection every year. It is estimated that around 1.2 million and 3.2 million people in the USA are battling chronic hepatitis B and C, respectively, and more than 85,000 new cases of hepatitis are diagnosed each year.

In China, there are 93 million HBV carriers, and among them, 30 million are patients with chronic hepatitis B. (27)

There is a definite connection between liver toxicity resulting from the processed food industry and the use of pharmaceuticals to this rising tide of hepatitis.

The Hidden Danger of Pharmaceuticals 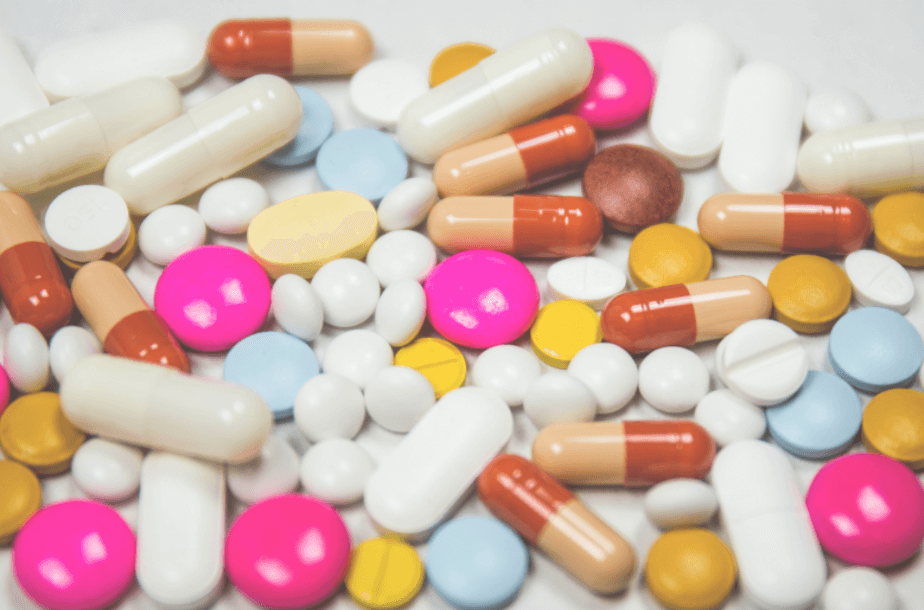 Many substances including medicinal drugs commonly thought to be safe are bombarding the Liver with the extra workload, acidity, inflammation, and tissue damage.

For example, thousands of people around the world think nothing of taking painkillers on a regular basis yet acetaminophen (paracetamol) toxicity is common. It is so dangerous it can completely destroy the Liver function if taken only slightly above the dose stated on the label. Known by various names in different countries this is paracetamol, Tylenol, and other over-the-counter cold and flu, fever, and pain remedies.

Experience shows that even when prescribed appropriately at the usual therapeutic dosage, paracetamol can be toxic to the Liver (hepatotoxic). (7)

In fact Mortality rates from Paracetamol-induced liver failure have been approximated at 0.4% in overdose patients, translating to 300 deaths annually in the United States. Although toxic ingestions causing hepatic failure are usually in excess of 150 mg/kg, an increasing number of reports have arisen to suggest that lower doses of APAP may confer acute liver injury and liver failure. A so-called “therapeutic misadventure” phenomenon, as coined by Zimmerman et al., is becoming increasingly acknowledged, as some patients have presented with acute liver failure despite consumption of “safe” doses of Paracetamol.

Drug-induced liver injury (DILI) has become a leading cause of severe Liver disease in Western countries and therefore poses a major clinical and regulatory challenge. (18)

According to recent reports, oxidative stress plays a pivotal role in the initiation and progression of hepatic damage following insult to a variety of hepatotoxins. The role of oxidative stress in viral hepatitis and autoimmune-related Liver diseases has been extensively documented. Moreover hepatotoxic chemicals damage liver cells. (1)

The Liver is the largest and most vital organ of the human body. Besides its crucial role in the metabolism of nutrients, the Liver is responsible for the biotransformation of drugs and chemicals thereby protecting the body against toxic foreign materials. In this process, the Liver is exposed to a high concentration of toxic chemicals and their metabolites which may cause Liver injury.

So what can we do to detoxify and heal our Liver?

You are about to find a world of answers.

What about Fatty Liver?

You’ve probably heard the term fatty liver, as it has become very common but what exactly is it?

Non-alcoholic fatty Liver disease (NAFLD) is a spectrum of liver disorders. It is defined by the presence of steatosis (stagnant fat) in more than 5% of liver cells with little or no alcohol consumption involved. Insulin resistance, metabolic syndrome, or type 2 diabetes seem to play a role in the onset of NAFLD. (20)

NAFLD is rapidly becoming the most common Liver disease worldwide. The prevalence of NAFLD in the general population of Western countries is 20-30%. About 2-3% of the general population is estimated to have non-alcoholic steatohepatitis (NASH) which may progress to liver cirrhosis and hepatocarcinoma. As a rule, the prevalence of NAFLD is higher in males and increases with increasing age and it is influenced by the diagnostic method and the characteristics of the population, especially lifestyle habits. (23)

Key physiological functions of the Liver, including glucose and lipid metabolism, become disturbed in the setting of NAFLD. Consequently, the effects of NAFLD extend beyond the Liver with a large body of clinical evidence demonstrating NAFLD to be associated with both cardiovascular disease and chronic kidney disease. (21)

Weight loss is the cornerstone treatment for NAFLD. Various randomized controlled trials have shown that weight loss of 5-10% leads to significant improvements in hepatic steatosis. (22)

We will outline below, herbs and foods which reduce fatty Liver as part of the Liver detox program.

We can see that healthy Liver function is necessary every time you eat a meal, come into contact with pesticides, pass through menopause, take a painkiller, and every second of the day.

The good news is that there is much you can do to aid your Liver.

First, there are the obvious lifestyle necessities:

Let’s take a look at some of the more specific choices which have a direct effect on the Liver. Specific foods and food supplements, herbs, and detox programs.

Foods for the liver 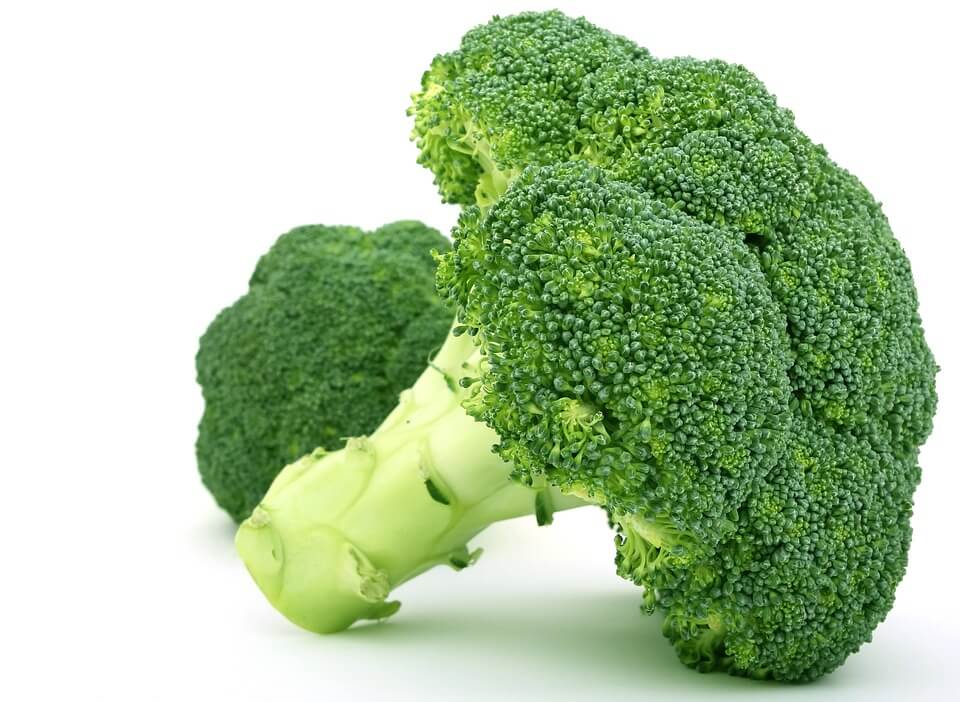 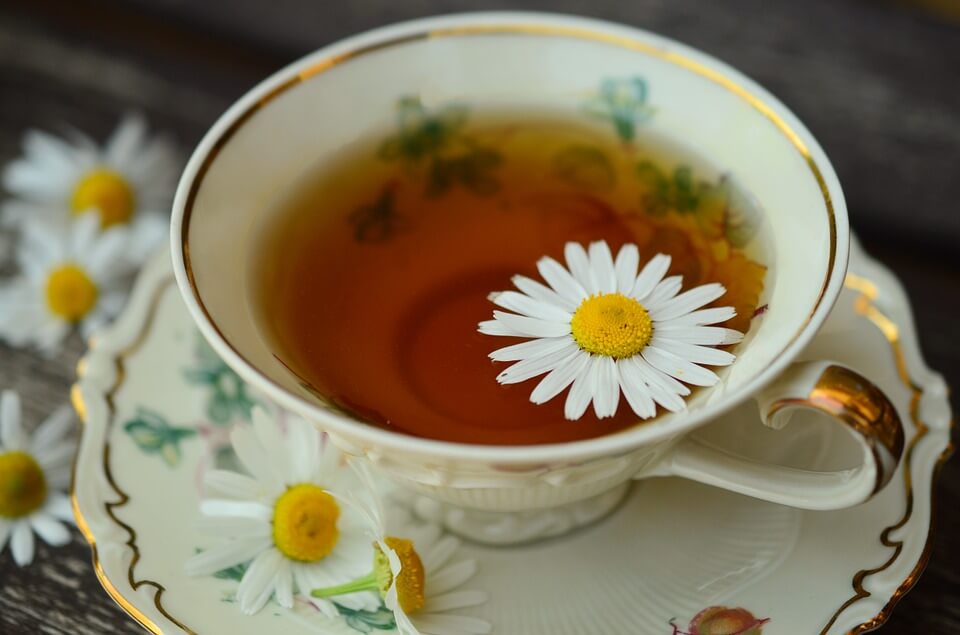 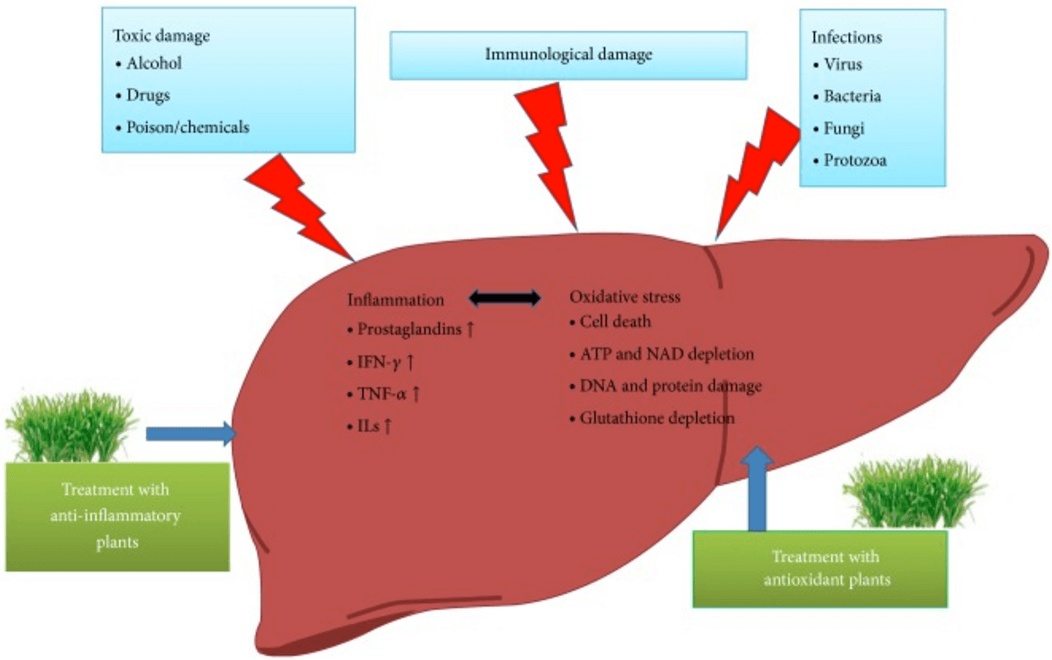 Diagram showing: Anti-inflammatory and anti-oxidant herbs protect the Liver against a variety of toxins and injurious stimuli by restoring the oxidative stress and the related liver damage and inflammation.

Herbal supplements that address the entire digestive system indirectly support the Liver. By clearing undigested, built-up matter from the colon these herbs will reduce the amount of re-circulating waste substances straining the Liver. 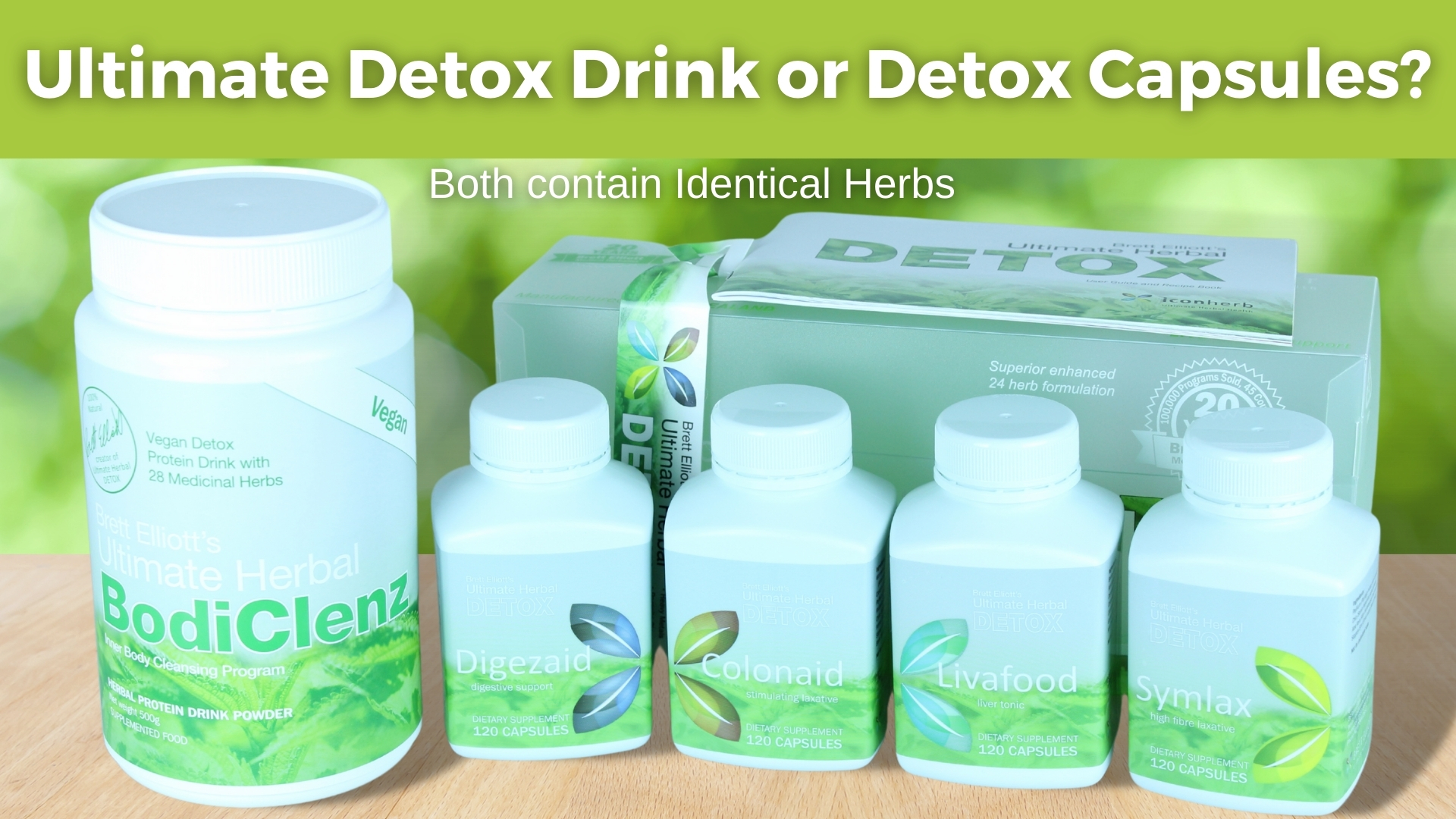 The Ultimate Herbal Detox and BodiClenz
The Ultimate Herbal Detox or BodiClenz programs both give the benefits of most of the very effective herbs we have talked about, including Milk thistle, Globe Artichoke, Goldenseal, Dandelion, Wormwood, Turkish Rhubarb, Kiwifruit, and Barley grass. It is the combination of these foods along with the specific foods mentioned above which give you an excellent liver cleansing program. 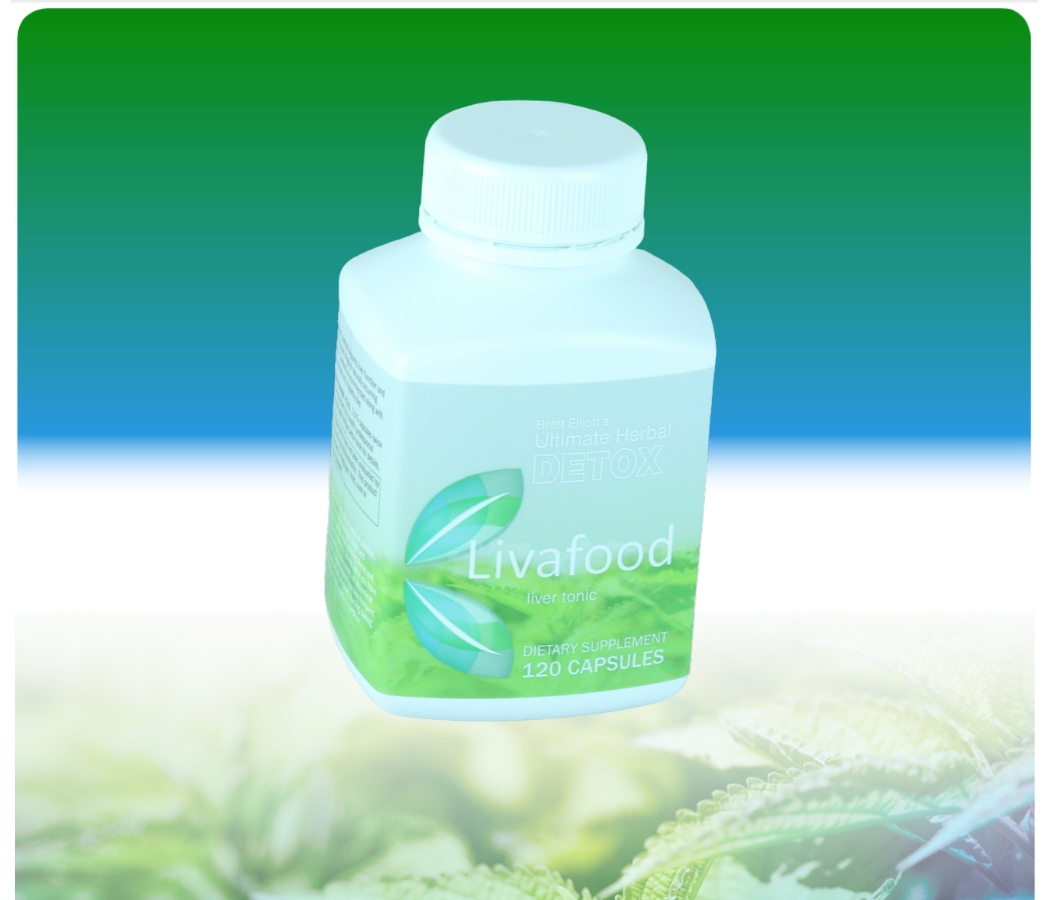 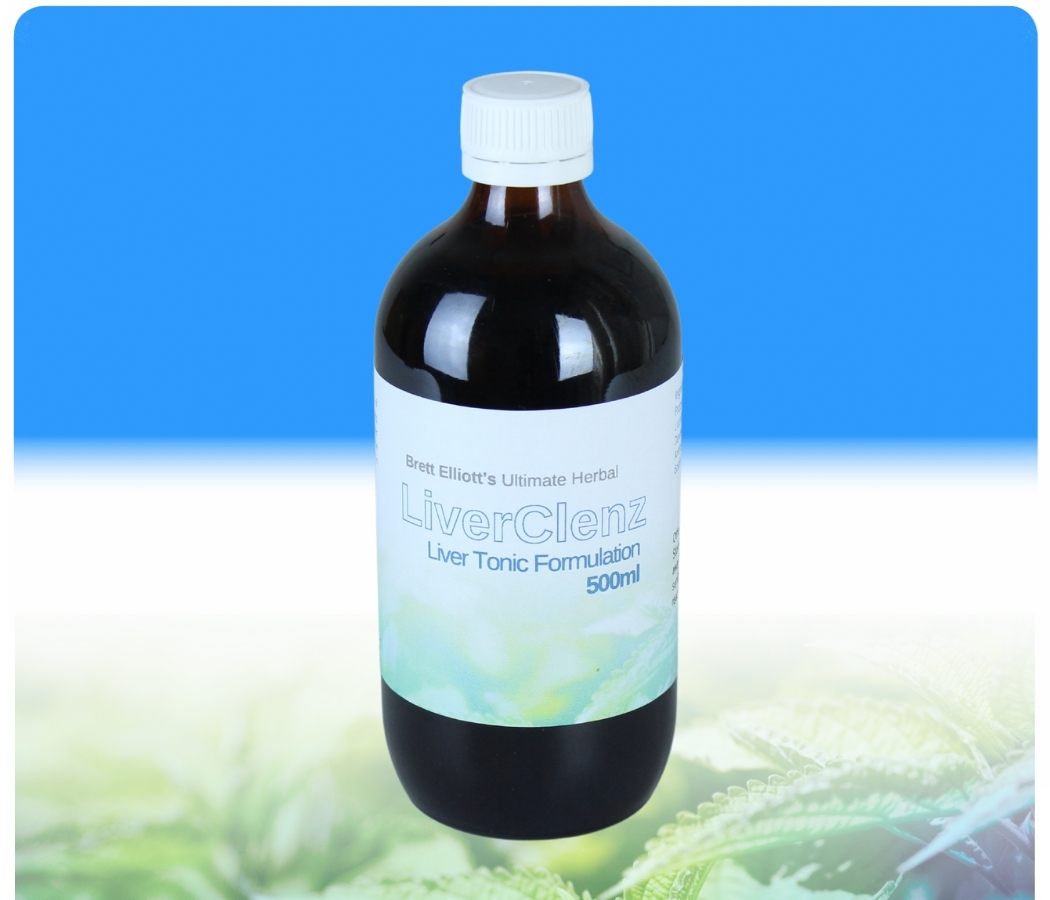 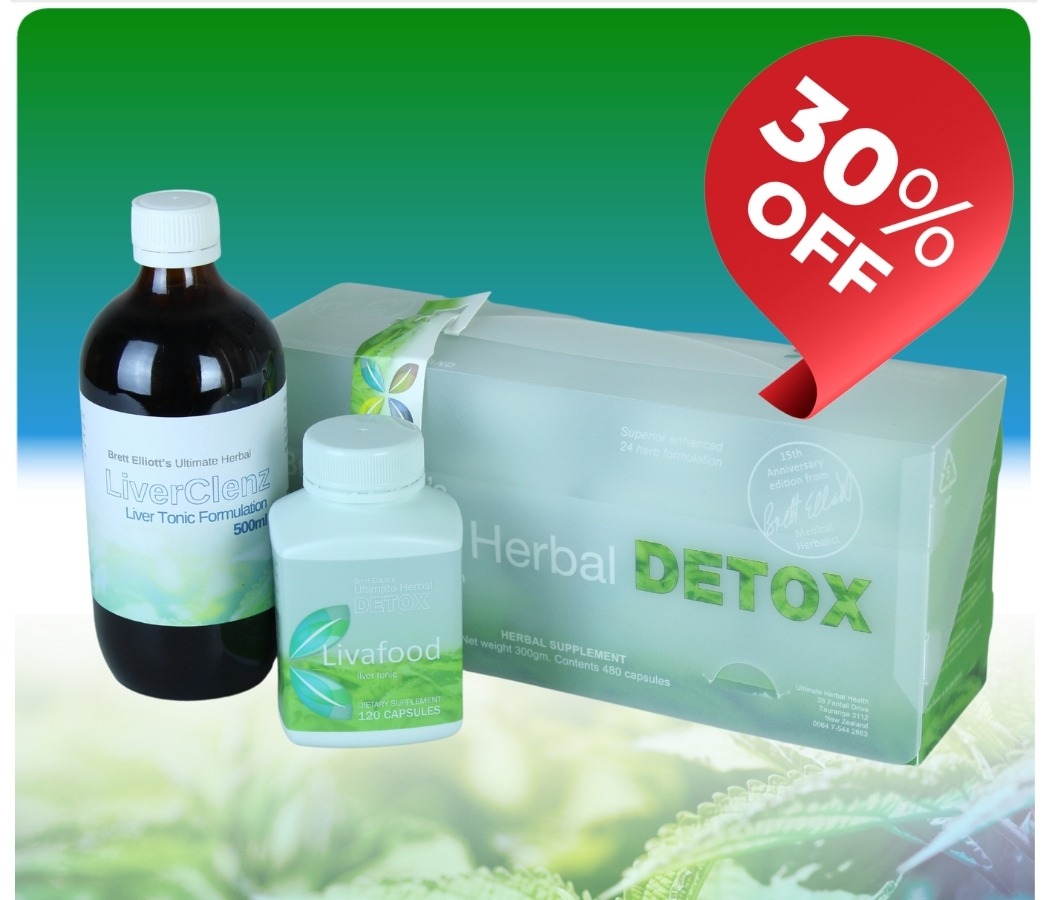 Get all of the above products in one complete package for a full 6 week Liver detox program. This combo deal is discounted by 30%

In Traditional Chinese Medicine (TCM) the Liver is known as the “Seat of Anger”. The Liver organ system reflects the condition of the nails and muscle sinews and expresses itself in emotions such as anger or sadness. When emotion is overwhelmingly excessive, no medicinals can cure the resulting disorder. It must be overcome by emotion. Thus it is said that anger damages the Liver system (25)

The so-called “Hun” is associated with the Liver Qi. Hun is called non-corporeal because it is not dependent upon physical beings for existence and continues after death. This spirit is responsible for benevolence (loving-kindness), awareness of suffering, empathy, compassion, and tolerance; and serves as a reservoir for ideas that bring meaning to life. Disharmonies that affect the Hun may lead to anger, frustration, resentment, unkindness, and feeling “cut-off” from the meaning of life. (24)

For example, when a patient presents with prolonged grief and depression after the death of a loved one, a discussion may allow the patient to identify anger as an underlying emotion—anger that the person left them. From a TCM perspective, anger results in Liver disharmony, which frequently manifests as depression. The anger needs to be cleared in order to lift the depression. (24)

Most bitter herbs we talked about above are cooling and calming to the Liver as are some foods such as fresh greens, cider vinegar, and lemon juice in water. Finding peace is very important to healing the Liver, so seeking downtime and the space to release those feelings will be important. Cathartic exercises like cycling, rowing, boxing, or running will also be helpful. Even just a regular walk by the trees or ocean will help.

Letting go of resentment and bitterness and forgiving those people or events that have angered you is crucial. 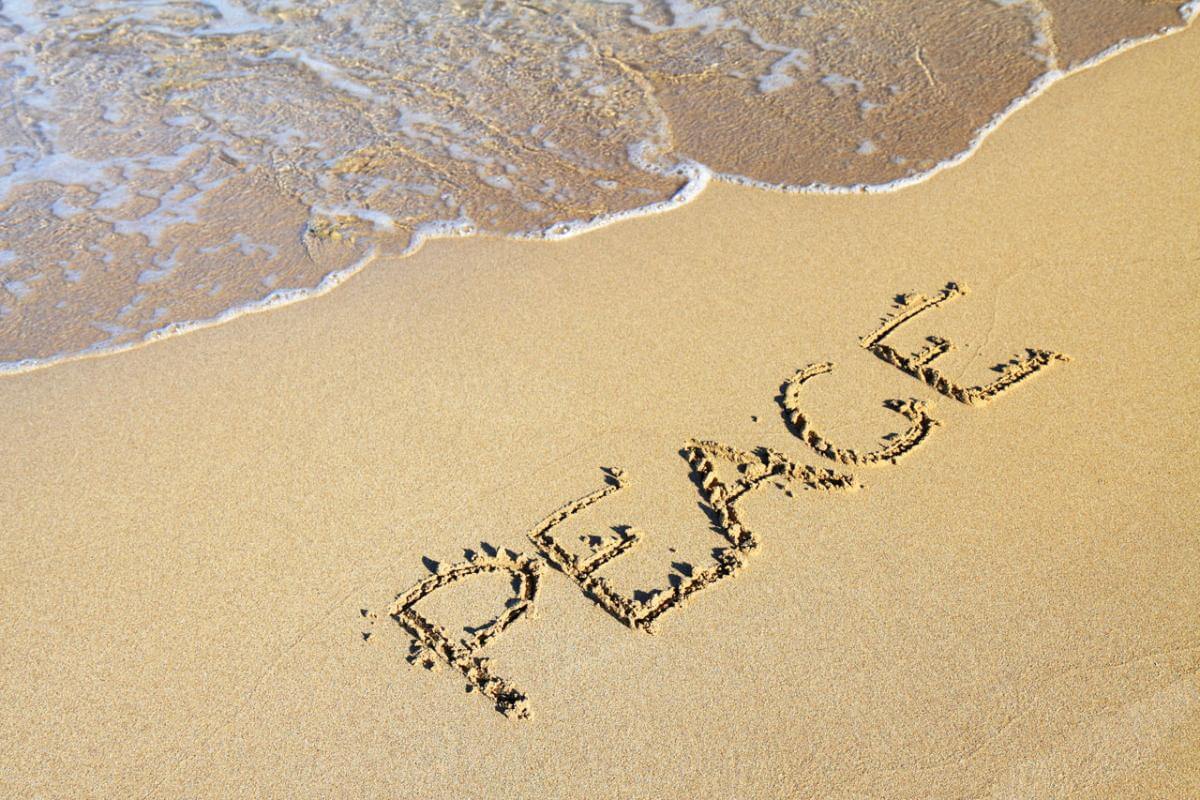 You will see very noticeable differences in your health when you pay attention to the foods and herbs that benefit your Liver. Doing a regular detox for the colon with additional herbs to support your Liver will reward you with faster initial results and ongoing improvement as you continue to eat healthy, living foods.

It is good to get a combination of these foods and ingredients into your regular routine but high doses in the short term could promote rapid detoxification and healing by way of quickly restoring healthy Liver function.

By introducing the most beneficial Liver cleansing foods into your diet along with the Liver supporting herbs above which form part of a Herbal DETOX you can quickly and effectively support your Liver and improve your general health.

(12) In vitro and in vivo hepatoprotective effects of the aqueous extract from Taraxacum officinale (dandelion) root against alcohol-induced oxidative stress. PubMed http://www.ncbi.nlm.nih.gov/pubmed/20347918

(21) Non-alcoholic fatty liver disease and its relationship with cardiovascular disease and other extrahepatic diseases. PUBMED https://www.ncbi.nlm.nih.gov/pubmed/28314735

(24) Traditional Chinese Medicine as a Basis for Treating Psychiatric Disorders: A Review of Theory with Illustrative Cases. PUBMED https://www.ncbi.nlm.nih.gov/pmc/articles/PMC3870484/#B21

(25) Depression, Constraint, and the Liver: (Dis)assembling the Treatment of Emotion-Related Disorders in Chinese Medicine. PUBMED https://www.ncbi.nlm.nih.gov/pmc/articles/PMC3586067/

(26) The Effect of Artichoke Leaf Extracts on Alanine Aminotransferase and Aspartate Aminotransferase in the Patients with Nonalcoholic Steatohepatitis. PUBMED https://www.ncbi.nlm.nih.gov/pmc/articles/PMC4879230/

(28) Attenuation of Carcinogenesis and the Mechanism Underlying by the Influence of Indole-3-carbinol and Its Metabolite 3,3′-Diindolylmethane: A Therapeutic Marvel. https://www.ncbi.nlm.nih.gov/pmc/articles/PMC4060499/

(29) Sinigrin and Its Therapeutic Benefits. https://www.ncbi.nlm.nih.gov/pmc/articles/PMC6273501/