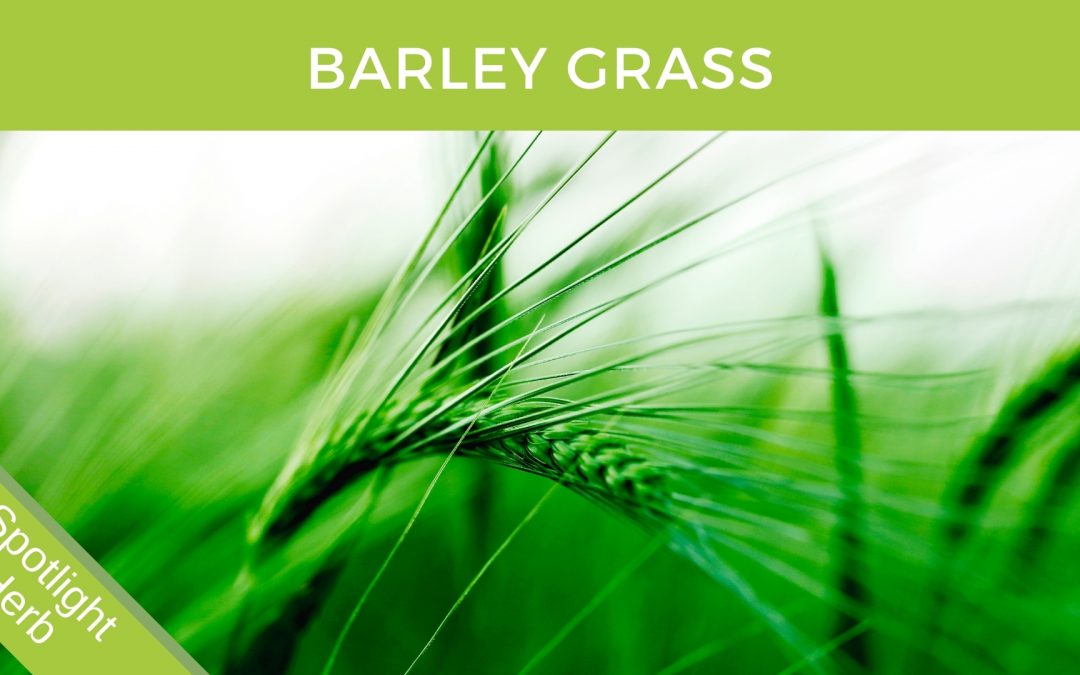 Barley Grass (Hordeum vulgare) is the common source of the grain Barley, but as a health-food, the powdered leaf is also very popular.

Until the 19th century, Barley was a major part of the diet of millions of people. Even now, it is eaten as such or in processed form. Consumption of Barley which contains many medicinally active phyto-compounds is usually associated with improvement in health. (1)

Barley Grass is a type of green grass and the only vegetation on the earth that can supply sole nutritional support from birth to old age. It contains a wide spectrum of vitamins, minerals, as well as eight essential amino acids that we must get from our diets. (2)

World literature, especially, Greek, Roman, and Egyptian literature points to the dietary and medicinal properties of Hordeum vulgare. It is a member of the grass family, Poaceae, is an annual crop used throughout ancient civilizations as an important food source.

Traditional Use of Barley Grass

Hordeum vulgare (or Barley) is used by traditional healers to treat various inflammatory and cardiovascular diseases. (1)

Barley has been used as a food material since ancient times and was one of the first cultivated grains, particularly in Eurasia, as far back as 13,000 years ago. Barley sprouts, which are the young leaves of Barley harvested approximately 10 days after sowing the seeds, have recently received much attention as a functional food in numerous countries, especially Japan and Korea. It has been reported that Barley leaves possess beneficial properties such as antioxidant, hypolipidemic, antidepressant, and antidiabetic. (10)

Barley Grass possesses several other pharmacological activities such as anticancer activity, and anti-inflammatory activity. It has been argued that Barley grass helps blood flow, digestion, and general detoxification of the body. 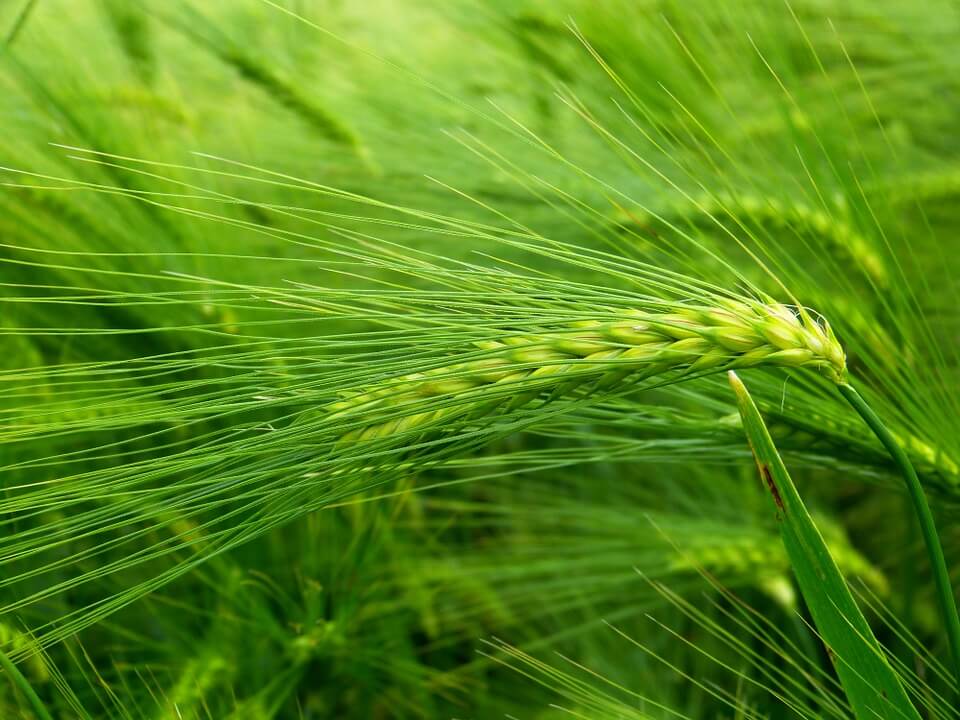 The main constituents of Barley include important antioxidants such as vitamin E, phytic acid, selenium, tocotrienols, and various phenolic acids. After the consumption of Barley, these antioxidants are released at a differential rate throughout the gastrointestinal tract over a long period of time (1)

The major pharmacologic interest of Barley Grass is its use in the treatment of chronic diseases. The beneficial effects observed in chronic disease may be related to bioactive compounds contained in Barley Grass such as superoxide dismutase (SOD) and bioflavonoids (Lutonarin and Saponarin). (2)

A total of 28 compounds were identified and quantified from Barley Grass, which included 4 phenolic acids, 6 C-glycosylflavones, and 18 O-glycosyl-C-glycosyl flavones, with some of them acylated. Distinct profiles were noticed among the analyzed materials. The greatest diversity of compounds was found in Barley leaves (26 flavonoids and 2 phenolic acid derivatives), which also exhibited the highest concentration of phenolics. Isoorientin-7-O-glucoside (Lutonarin) was the major compound in leaves, while, in general, the pair isovitexin-7-O-rutinoside plus isoscoparin-7-O-glucoside were the main phenolics in the other materials. (4)

Superoxide Dismutase (SOD)
Superoxide dismutase (SOD) is a protective enzyme. It has been identified as an essential component in organisms’ defense mechanisms. In plants, SOD plays an important role in protecting against environmental adversity, as it can remove the free-radicals caused by environmental adversity and improve stress tolerance. (6) Young and mature Barley grass leaves have a high steady-state level of these antioxidant enzyme activities. (7)

Oxidative stress has become widely viewed as an underlying condition in a number of diseases, such as ischemia-reperfusion disorders, central nervous system disorders, cardiovascular conditions, Cancer, and Diabetes. Thus, natural and synthetic antioxidants have been actively sought. Superoxide dismutase is the first line of defense against oxidative stress under physiological and pathological conditions. (9)

Saponarin
Barley leaf sprouts also contain a high content of the bioflavonoid saponarin, which has shown both anti-inflammatory and antioxidant activities. (10)

Anti-Cancer
Supplementation of young green Barley leaves containing Saponarin should be beneficial to health and may prevent diseases caused by oxidative damage such as various Cancers, inflammations, and cardiovascular diseases. (3)
Antioxidant
Supplementation with Barley Grass may help to scavenge oxygen free radicals, save vitamin E content, and inhibit oxidation, which may protect against vascular diseases in Type 2 Diabetic patients. (5)
Liver Protection
SOD has also been shown to reduce Liver oxidative stress in diabetic animals. (8)

The results of one study proved the antioxidant activity of Saponarin and its protective effect against cocaine-induced oxidative stress and hepatotoxicity. (11)

Barley Grass is a rich food source of protective nutrients especially for the Liver and therefore makes an important addition to any detoxification program.

I hope this article has been helpful.

Barley grass has been included in our following products:

(7) Sensitivity of Superoxide Dismutase Transcript levels and Activities to Oxidative Stress Is lower in Mature-Senescent Than in Young Barley Leaves. PUBMED https://www.ncbi.nlm.nih.gov/pmc/articles/PMC159628/pdf/1061033.pdf