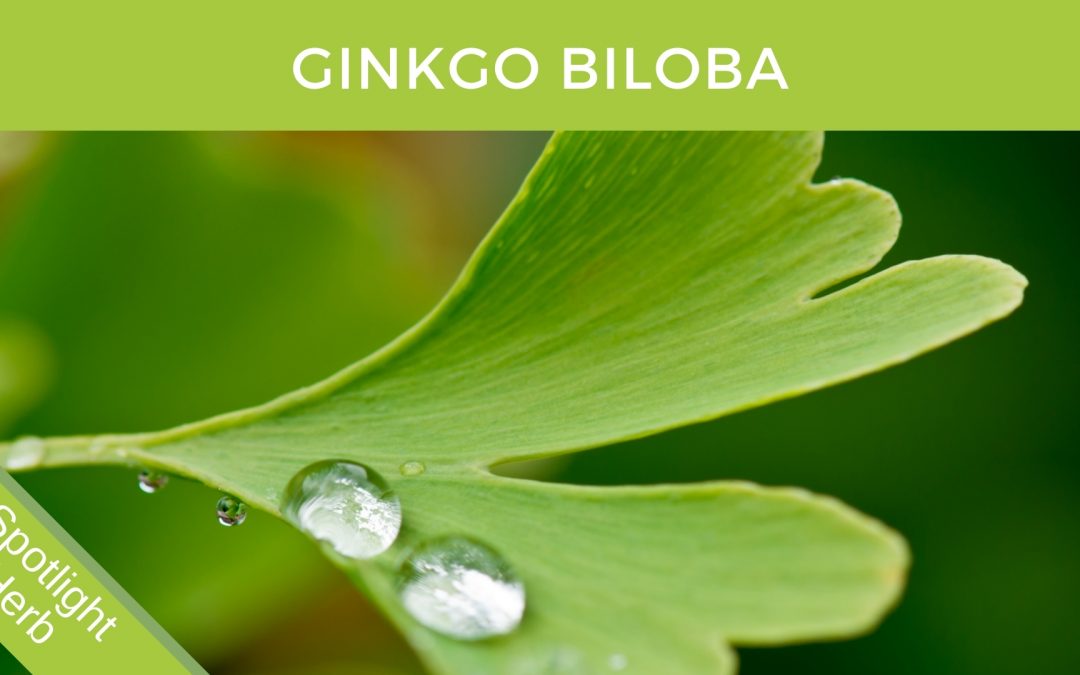 Ginkgo biloba, commonly known as ginkgo or ginkgo (both pronounced /ˈɡɪŋkoʊ/), also known as the maidenhair tree, is the only living species in the division Ginkgophyta, all others being extinct. It is found in fossils dating back 270 million years. Native to China, the tree is widely cultivated, and was cultivated early in human history. It has various uses in traditional medicine and as a source of food. (5)

Ginkgos are large trees, normally reaching a height of 20–35 m (66–115 ft), with some specimens in China being over 50 m (160 ft). The tree has an angular crown and long, somewhat erratic branches, and is usually deep-rooted and resistant to wind and snow damage. (5)

Ginkgo biloba extract is available on prescription in France and Germany for the treatment of cerebral insufficiency, intermittent claudication, and dementia. Elsewhere in Europe and in the USA and Canada it is available without a prescription and is marketed as a food supplement. (1)

The Commission E of Germany, a committee that evaluates the efficacy and safety of herbal preparations, recognizes standardized extract of Ginkgo Biloba (EGb) as a medicine. The criteria for recognition as medicine are the improvement of symptoms, such as disturbance of memory, lack of concentration, depression, dizziness, tinnitus, etc., due to degenerative dementia, vascular dementia, or menopausal disorders. (2) 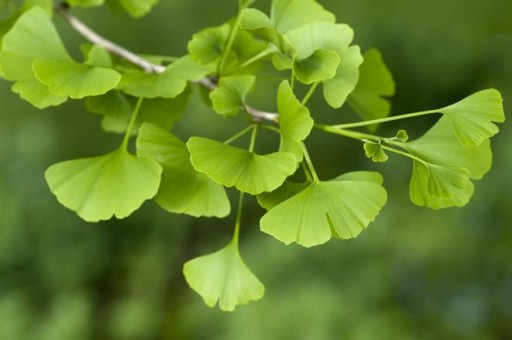 Ginkgo biloba extract (EGb) is derived from the leaves of the maidenhair tree. Its standardized special extract, EGb761, contains different kinds of flavone glycosides and terpenoides. Chemical structures for the constituents of EGb 761 are shown in the diagram below, and German commission E evaluated it as follows: flavone glycosides 22%-27%, terpene lactones including ginkgolides A, B and C (2.8%-3.4%) and bilobalide (2.6%-3.2%) and less than 5ppm ginkgolic acids, constituents of known allergic and cytotoxic potency. However, EGb 761 used in most clinical trials has been standardized. Interestingly, commission E monograph specifies a range of terpene lactones (5%-7%), but not a limit. Recently, researchers have focused more on EGb instead of Ginkgo biloba itself, EGb is now widely used in research and clinical trials on age-associated diseases including brain dysfunction, cardiovascular system diseases, carcinogen metabolism, and some sensorial tissue diseases. (4)

The therapeutic effects of Ginkgo are thought to be due to a combination of effects including the dilatation of blood vessels and possibly the inhibition of platelet‐activating factor, both actions serving to increase cerebral blood flow. The flavone glycoside content of the extract has also been shown to reduce the concentration of free radicals that are harmful when accumulated. Some research has also suggested agonistic effects on neurotransmitter systems. (1)

Blood supply to the brain

Oxidation by free radicals has been found to damage the DNA and potentially cause mutations. EGB has not only been found to protect the DNA from oxidative damage but also to stimulate DNA repair. (4)

In 1956, the free radical theory of aging was introduced, which proposed that the accumulation of free radical damage in cells would give rise to aging. Mitochondria are the powerhouse of our cells, which can metabolize O2 and glucose to ATP, which provides energy for the cell to function.

Reactive oxygen species (ROS) are generated during mitochondrial oxidative metabolism as well as in cellular response to xenobiotics, cytokines, and bacterial invasion. Oxidative stress refers to the imbalance due to excess ROS or oxidants over the capability of the cell to mount an effective antioxidant response.

However, treatment of APP cells with EGb for 24 hours resulted in a significant decrease of mitochondria-induced ROS levels. (4)

AD is an age-related neurodegenerative disease that results in cognitive impairment. The hippocampus is thought to play an important role in cognition and is the center for memory processing and synaptic plasticity. For instance, in Mix’s research, patients who took 180 mg/day of EGb 761 for 6 weeks showed a significant improvement on tasks assessing processing speed. In fact, EGb is widely used in the treatment of Alzheimer’s disease. Williams and colleagues observed that EGb 761 could increase the neuronal excitability, and efficacy of synaptic plasticity in the hippocampus of aged rats. (4)

With regard to psychological effects, one study concluded that a Panax ginseng/Ginkgo biloba combination treatment can modulate cognitive function with the strongest and most consistent effect being one of improved “secondary memory” performance. This memory effect has been demonstrated in healthy populations and patient populations and to be present as early as 60 min after treatment ingestion and 14 days after treatment cessation. Two publications (Kennedy et al., 2002 and Scholey et al., 2002) provide direct evidence to suggest that combination treatment can produce a stronger and more persistent effect than either Panax Ginseng (G115) or Ginkgo biloba (GK501) ingested alone. (3)

In Cieza A’s clinical trial, they subjected 66 healthy volunteers aged 50 to 65 years to EGb 761 treatment or placebo for 4 weeks. They found that EGb 761 could significantly improve patients’ self-reported mental health and quality of life. There was a 6-month long clinical trial that demonstrated EGb 761(180 mg/day) could improve neuropsychological, memory, and cognitive processes. Kaschelet al examined 188 middle-aged healthy volunteers’ memories after taking Egb for weeks. He found that patients’ quantity recall and qualitative recall were both significantly improved with EGb 761 treatment. (4)

It’s no surprise that after thousands of years that Ginkgo Biloba products are still selling by the billions every year. With over 6,500 published studies on Pubmed evidence for traditional use has become overwhelming.

Ancient Chinese herbalists were definitely on to something, long before modern medicine came about.

(2) Meta-analysis of the efficacy and safety of Ginkgo biloba extract for the treatment of dementia. PUBMED https://www.ncbi.nlm.nih.gov/pmc/articles/PMC4729005/

(3) A systematic review of research investigating the physiological and psychological effects of combining Ginkgo biloba and Panax ginseng into a single treatment in humans: Implications for research design and analysis. PUBMED https://www.ncbi.nlm.nih.gov/pmc/articles/PMC6422825/