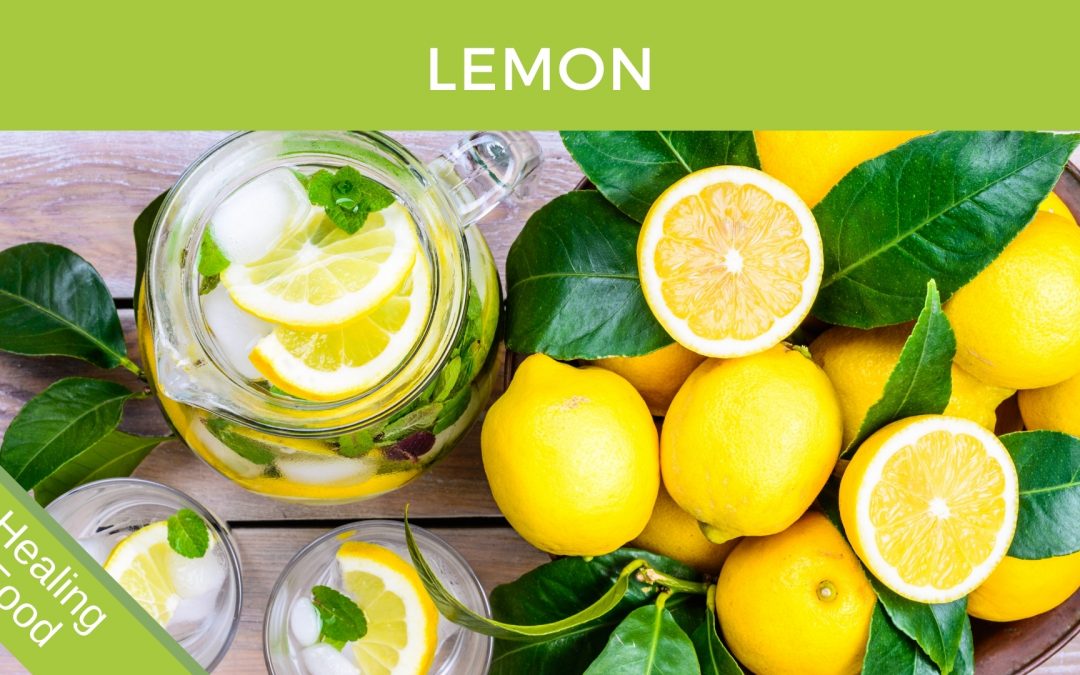 The zesty delight most famous when made into lemonade, but now also very popular as a flavoring in desserts and sweets.

Many of the health benefits are lost in these circumstances, but when used in herbal teas, curry’s and stir-fry lemon adds therapeutic value.

Lemons contain antioxidants in the skin particularly the flavanone glycosides hesperidin and naringenin as well as vitamin C and essential oil.

Citrus limonoids (CLs) are a group of highly oxygenated terpenoid secondary metabolites found mostly in the seeds, fruits, and peel tissues of citrus fruits such as lemons, limes, oranges, pummelos, grapefruits, bergamots, and mandarins. Represented by limonin, the aglycones and glycosides of CLs have shown to display numerous pharmacological activities including anticancer, antimicrobial, antioxidant, antidiabetic, and insecticidal among others.

When you take this into consideration it’s no wonder a good old glass of water and lemon in the morning gives you a boost. 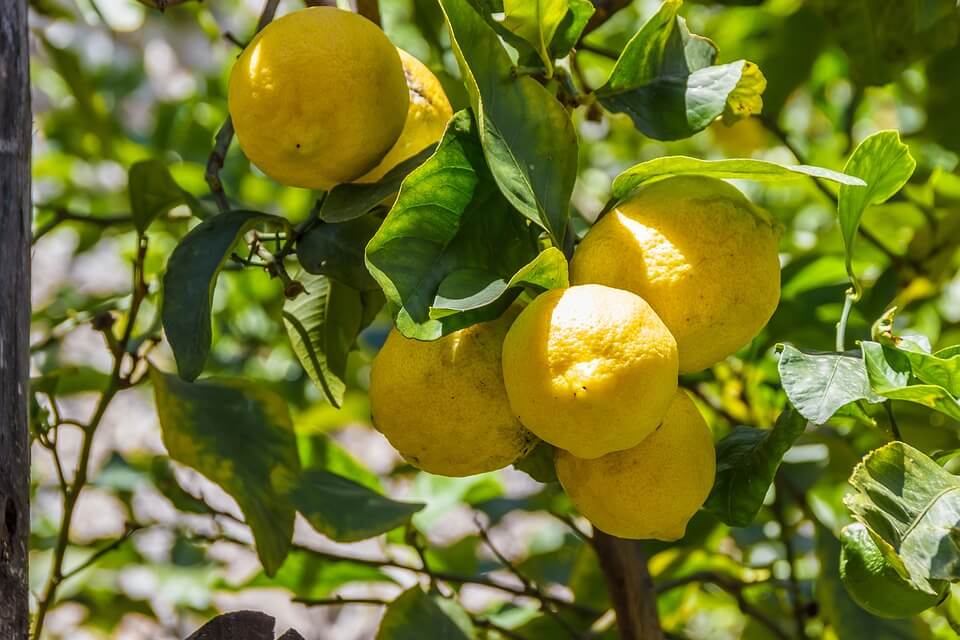 The green color and the taste of sourness are both associated with treating and healing the liver based on the five-element theory in traditional Chinese medicine, and the green and sourness may be applied to the ancient theory in preventing hepatic injury accordingly. Lemon also contains numerous beneficial bioactive compositions, including phenolic compounds (mainly flavonoids), vitamins, carotenoids, essential oils, minerals, and dietary fiber. The hepatoprotective effect of lemon may be attributable to the presence of vitamins, flavonoids, essential oils, and pectin. (7)

Drinking lemon juice has been shown to increase the flow of bile from the liver. (5) Findings also suggest that lemon juice has protective effects on alcohol-induced liver injury in mice. (6)

In one study, the lemon peel was used for ethanolic and methanolic extraction, which showed antimicrobial activity against E. coli, P. aeruginosa, Klebsiella spp., and Enterococcus spp. According to another study, lemon fruit juice extract was made and tested against locally isolated clinical strains of E. coli and P. aeruginosa and gave zone of inhibition of 14 mm and 20 mm, respectively. These comparisons of studies indicate that lemon holds good potential as an alternative to commercial antibiotics used nowadays. (8)

Naringenin anti-dengue virus activity was demonstrated in primary human monocytes infected with dengue virus serotype-4, supporting the potential use of naringenin to control dengue virus replication. In conclusion, naringenin is a suitable candidate molecule for the development of specific dengue virus treatments. (2)

​Nanosized vesicles are considered key players in cell to cell communication, thus influencing physiological and pathological processes, including cancer. Nanovesicles have also been found in edible-plants and have shown therapeutic activity in inflammatory bowel diseases. It was demonstrated that lemon nanovesicles suppressed tumor growth by specifically targeting the tumor site apoptosis. This study suggested for the first time that plant-edible nanovesicles could be used to treat cancer. (1)

Accruing evidence from both in vitro and in vivo studies have unraveled numerous biological targets along with complex underlying mechanisms suggesting possible therapeutic applications of naringenin in various neurological, cardiovascular, gastrointestinal, rheumatological, metabolic, and malignant disorders. Functionally, this ameliorative effect of naringenin is primarily attributed to its anti-inflammatory and anti-oxidant effects. (3)

Recent studies support a role for citrus flavonoids in the treatment of dyslipidemia, insulin resistance, hepatic steatosis, obesity, and atherosclerosis. (4)

An apple a day keeps the doctor away. Maybe we could adopt a new phrase?

There seems to be a rationale for using lemons during a cold, for mobilizing fat, reducing pain and inflammation and it seems the skin has the strongest effect.

I recommend using lemon zest often and throwing entire lemons into your breakfast smoothie with the skin on.