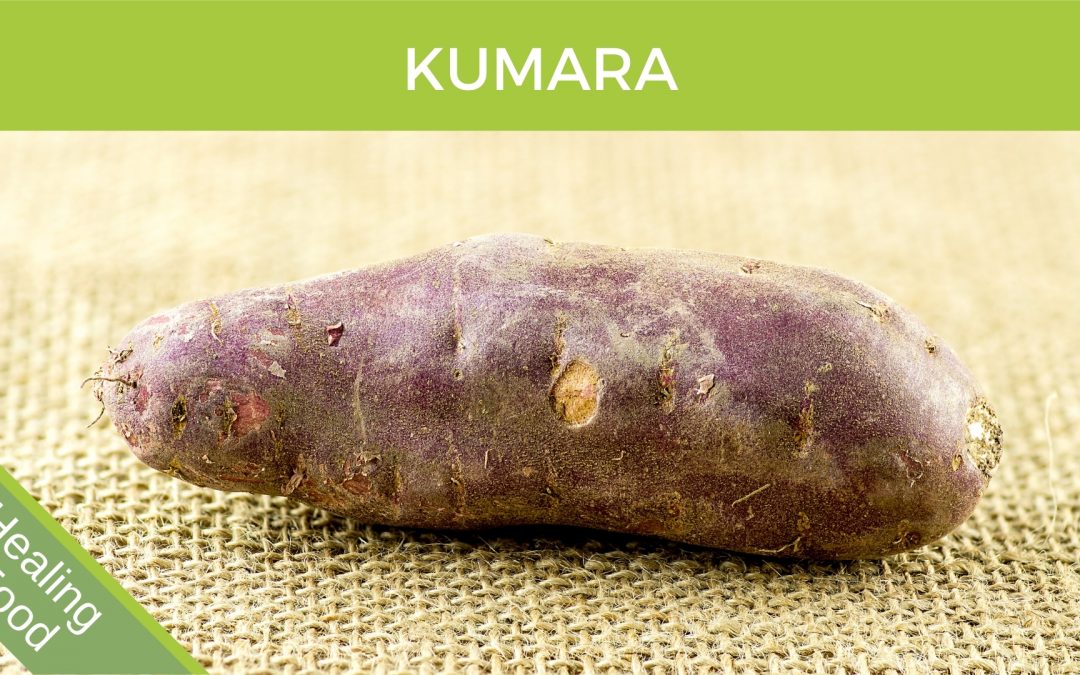 The Sweet Potato is much more than sweet. With many unique properties, it’s now classified as a health food.

Sweet Potato is an extremely versatile and delicious vegetable that possesses high nutritional value. It is also a valuable medicinal plant having anti-cancer, anti-diabetic and anti-inflammatory activities. Sweet Potato is now considered a valuable source of unique natural products including some that can be used in the development of medicines against various diseases. (4)

In New Zealand, we call Sweet Potato “Kumara” which is the traditional Maori name for this food.

Let’s look at some of the health benefits of Sweet Potato.

In one study of 140 participants which ranged from six weeks to five months duration, there was a statistically significant improvement with 4 g/day Sweet Potato preparations compared to placebo (1)

The strong antioxidant activity of the Sweet Potato extract is proposed to be mainly based on the synergistic effect of phenolic compounds with amino acids. (2)

Sweet Potato exerts significant antiproliferative and antimetastatic effects on human colorectal cancer cell lines, both in vitro and in vivo. (3)

Purple-fleshed Sweet Potato possesses a high amount of antioxidative compounds, such as phenolics, flavonoid, and anthocyanin. These extracts could inhibit the growth of some cancer cell lines such as human breast cancer, gastric cancer, and colon adenocarcinoma (5)

In Japan, the Okinawan food culture in the Ryukyu island is one of the world’s most interesting cultures because its consumers have the longest life expectancies and low disability rates. The purple Sweet Potato provides the largest part of the energy intake and contributes to self-sufficiency. There is a wide array of plant foods including seaweed (especially konbu), soy, herbaceous plants, accompanied by fish and green tea. The concept that ‘food is medicine’ and in high regard by medical practices is also intrinsic to Okinawan culture. (6)

There is speculation that the Sweet Potato is largely responsible for the people of Okinawa living the longest on earth. When you consider the antioxidant, anti-inflammatory and anticancer effects along with the blood sugar balancing this is no surprise.

It’s certainly worth substituting Sweet Potato for other carbohydrates such as Pasta, Potato or Bread in your diet.

Sweet Potato can be found in these Detox recipes: